The conscription order is part of an escalating NATO military build-up aimed at suppressing pro-Russian protests inside Ukraine and preparing major wars with Russia.

May Day marches, clashes around the world

Hundreds of thousands of workers took part in demonstrations, with major turnouts in Turkey, Indonesia and across Europe.

Relatives denounced authorities for withholding information about the fate of their loved ones at the Escambia County Jail near Pensacola.

Teacher evaluations were cited as a means of targeting and victimizing teachers in high-poverty areas.

The air search has been replaced with an undersea survey in the southern Indian Ocean that is likely to take months.

The recommendations involve the wholesale dismantling of the welfare state and a drastic reduction in real wages.

German President Joachim Gauck provoked a bitter public row during an official state visit to Turkey with sharp criticism of the government of Recip Tayyip Erdogan.

An anonymous letter has been used to launch a witchhunt of teachers and schools.

While the US-backed right-wing protests have failed to topple President Maduro, imperialism and the local bourgeoisie have used them to push his government ever further to the right.

Two days left to register for May 4 online rally
Celebrate May Day 2014 with the World Socialist Web Site!

The International Committee of the Fourth International and the WSWS are hosting an International Online Rally on Sunday, May 4, with speakers from all over the world. Register to participate today by visiting internationalmayday.org!

More support for May Day rally from Asia, Australia and New Zealand

Workers and youth voice their concerns about the danger of a third world war.

No to imperialist war! Reclaim the revolutionary traditions of May Day!

Free the NATO 3!
Statement of the Socialist Equality Party (US)

Egypt’s mass death sentences: A crime made in the USA

Unions pose as critics as they collaborate with Detroit emergency manager

This week saw sustained efforts by the unions, aided by the middle class “left,” to cover up their collusion in the looting of pensions and public assets in Detroit.

New from Mehring Books: The Truth Behind the Bankruptcy of Detroit

A detailed exposure of a social crime: the decision to use the courts to impose unprecedented attacks on the Detroit working class.

Danny Dickinson—SEP (UK) candidate in the European elections, 2 May 2014

The following appeal for a struggle in defence of Liverpool’s art and culture has been issued by Danny Dickinson, one of the Socialist Equality Party’s candidates for the North West England constituency in the upcoming elections for the European Parliament.

This is the final part of a three-part review of a historical study by Ulrich Herbeck on the history of anti-Semitism in Russia from the tsarist empire until the end of the Civil War in1922.

Greetings to Australian congress from the Canadian SEP 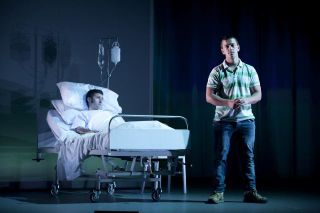 The Long Way Home: Sydney Theatre Company signs up with the Australian military 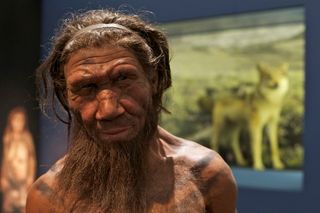 One million years of the human story in Britain

More on NSA Spying and the defense of Edward Snowden » 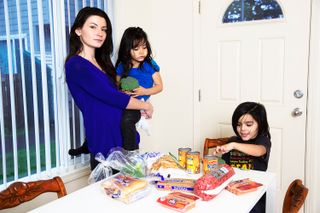 "The system is set up for those in poverty to stay in poverty"
The face of food stamp cuts
Jennifer - Portland, Oregon

In this photo essay, the first in a series on food stamp cuts in the US, the WSWS speaks to Jennifer Noonan, a mother of two, whose monthly food stamp benefits were cut by $49 last year. 50 years ago: May Day protests against fascism, Stalinism, war

May 1, 1964 was marked by protests in Europe, Asia and the Western Hemisphere, some of them suppressed violently by the police of fascist or Stalinist regimes. A May Day manifesto published May 1, 1939 in the Soviet Stalinist bureaucracy’s main organ, Pravda, perverted the traditional call for international workers unity by calling instead for the subordination of workers to bourgeois parties. This week, 100 years ago, a May Day rally in New York, celebrating the revolutionary holiday of the international working class, was brutally attacked by baton-wielding police, injuring dozens.