Amidst low turnout in European Parliament elections, parties opposed to the EU, nominally on the right and left, benefited from hostility to the austerity measures.

“Chocolate king” Petro Poroshenko has been declared the winner in sham elections in Ukraine, held under conditions of mounting violence against opponents of the US-backed regime.

US veterans health care scandal used to push for privatization

Calls for the privatization of veterans’ health care make clear that the VA scandal will be exploited to accelerate the dismantling of the American health care system.

A 22-year-old student allegedly stabbed three roommates to death May 23 before killing three more students and himself near the University of California, Santa Barbara.

Report: US targets poor and working class with mass imprisonment

A report from the National Research Council details the devastating social impact of mass incarceration.

An Associated Press investigation revealed that two inmates recently died from horrific squalor and neglect at the prison.

A group of retired NFL players allege that professional football knowingly supplied them with illegal narcotics and addictive painkillers.

Opposition to the budget is growing as its measures are increasingly exposed as benefiting the wealthy at the expense of the majority.

The Employment Equity Amendment Act seeks to compel designated employers to meet racial targets at management level in aid of the “transformation” of post-apartheid society.

The opposition NPAD is just as responsible as the Park administration for the undermining of safety standards that led to the sinking.

The US and Thailand’s military coup

While the US has announced a token suspension of aid, the Pentagon’s close collaboration with the military will continue unabated behind the scenes. 25 years ago: Social tension builds as Chinese workers mobilize in support of students

This week, 25 years ago, saw a deepening of the turmoil in China, as the Stalinist bureaucracy had been unable to implement its crackdown on protesting students in Tiananmen Square. 50 years ago: Nehru dies in India

On May 27, 1964, Jawaharlal Nehru, the prime minister of India, died at the age of 74 after suffering a stroke. The population of the Soviet Union was growing by approximately two million people a year, according to official census figures released on June 1,1939. 100 years ago: Over a thousand die in sinking of the RMS Empress of Ireland 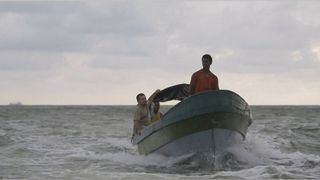 A film about Colombia, a short conversation with its director, and a documentary about the civil rights movement in the 1960s, among other things.

Welles remains one of the most remarkable figures in the history of the cinema and theater in the 20th century.

Interviews with critics and film historians about Orson Welles

Following last year’s successful collaboration with Daft Punk, producer and performer Pharrell Williams has returned with Girl, a hit album of his own.

German socialist Johannes Stern spoke at both of the Socialist Equality Party’s Eve of Poll meetings in Liverpool and Manchester.

In this video, long-time Socialist Equality Party (PSG) member Werner Siepmann, 83, recounts his memories of the Second World War and calls on workers and young people to take up the fight against militarism. 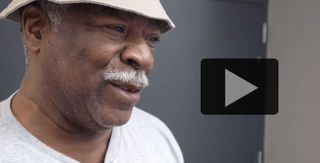 In this video, Detroit city retirees speak out against Emergency Manager Kevyn Orr’s drive to slash their pensions and medical benefits. 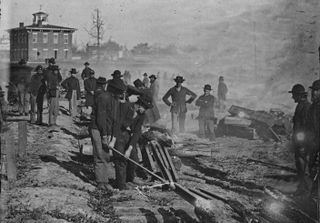 The American Civil War entered its decisive phase 150 years ago, in the summer and fall of 1864.