With water shutoffs set to resume Tuesday, some two thousand desperate residents flooded into Cobo Hall in an effort to maintain their service.

The White House’s “review” of its programs to arm local law enforcement will serve to intensify, regularize and professionalize the militarization of domestic police.

Those who spoke to the WSWS explained their own experiences with police brutality and linked it to the growth of poverty and social inequality in Australia. 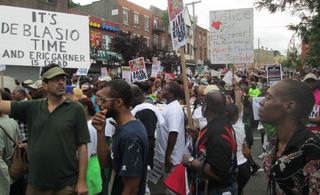 Thousands of people marched on Saturday in New York City to oppose the chokehold death of Eric Garner by the NYPD and other police killings in the US.

Following each act of terrorism committed by Islamic fundamentalists in the UK, it has soon emerged that the intelligence services knew the perpetrators in advance.

Australian government weighs up joining US air war in Iraq

The Australian reported that options under discussion include dispatching ground forces as well as war planes to participate in the expanding US intervention in Iraq.

Italy’s dispatch of weapons to the Kurdish Peshmerga in Iraq is part of a wider aggressive policy pursued by Germany and the EU.

More on the crisis in Iraq »

Mélenchon is trying to obscure his ties to the discredited Socialist Party and prepare a shift into the camp of the right, should this be necessary to save his political career.

For all the sound and fury against Palmer, the reality is that the US-led pivot has, from the beginning, been justified by falsely denouncing China as a danger.

Ending or easing the US ban on arms sales would be a significant further step in closer US ties with the Vietnamese regime—directed against China.

Under the pretext of fighting pension plan deficits, the Couillard government is introducing various means to drastically cut the pay and pension checks of municipal workers.

Imperialist war in search of a pretext

The Obama administration is preparing a further explosion of imperialist aggression in both Iraq and Syria.

This is the main resolution of the Third National Congress of the Socialist Equality Party (US), adopted unanimously on August 5, 2014.

Defend the rights of immigrant workers! Unite the working class of North, Central and South America!
Resolution of the SEP (US) Third National Congress

Oppose the Israeli assault on Gaza!
Resolution of the SEP Third National Congress 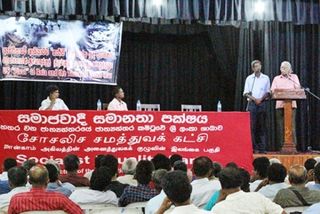 Today, 100 years since the outbreak of World War I, imperialism is pushing the world’s population towards another genocidal world war. 25 years ago: Voyager 2 flies by Neptune and Triton

On August 25, 1989, the spacecraft Voyager 2 made its closest approach to the planet Neptune, still the only successful visit by a manmade craft to the most distant planet in the solar system. 50 years ago: Uprising in Philadelphia

On August 28 an uprising against police brutality took place in Philadelphia. In three days of rioting that followed, 774 people were arrested, 341 people were injured, and 225 businesses were damaged. In the wake of the signing of the Hitler-Stalin pact between Nazi Germany and the Soviet Union, on August 25, 1939, an Anglo-Polish Common Defence Pact was reached between the British government and the Polish administration in Warsaw. On August 25, 1914, the German army entered the Belgian city of Louvain, unleashing mass destruction over the following five days. 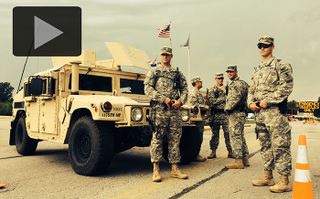 Scottish nationalists and the ex-left tendencies have thrown all their resources into meetings, canvasses, stunts and leaflet drops to support a campaign, the central purpose of which is the division of the working class in Britain.

The Bank of America settlement and the “justice” of capitalism

Woody Allen’s Magic in the Moonlight: Keeping life at a distance

Anzac’s Long Shadow: The Cost of Our National Obsession
A right-wing critique of Australia’s World War I centenary celebrations

A new book calls for increased funds and greater focus on elite military leadership, in order to prepare for new imperialist interventions.