Obama-Putin meeting highlights crisis of US policy in Syria

The twists and turns of US policy reflect massive contradictions in Washington’s Middle East agenda and fierce divisions within the foreign policy and military-intelligence establishment.

More on the war in Iraq and Syria »

With a rejection of the deal now a near certainty, the UAW and the auto companies are working behind the scenes to plan the next stage in their conspiracy against autoworkers.

Workers at the suburban Detroit factory expressed suspicion that the UAW rigged the vote to overcome widespread opposition to the sellout agreement.

The US Supreme Court rejected three last-minute appeals to stop Kelly Gissendaner’s execution, one of three scheduled this week in the US.

The capture of Kunduz is a major blow to the US-backed puppet regime in Kabul and to the Obama administration.

Corbyn took pains to praise all his rivals in the Labour leadership contest, including the arch Blairite Liz Kendall.

The bloodbath near Mocha was the deadliest civilian massacre so far in the assault backed by the United States.

Yemen: A war crime made in America

Tsipras returns to US to offer up Greece for capitalist exploitation

The Greek prime minister began a weeklong trip to the US Saturday, speaking Monday before the United Nations General Assembly.

More on the crisis in Greece »

The repulsive policy of the CSU stands in stark contrast to the wave of sympathy for refugees among the population.

More on the refugee crisis »

The leaders of Canada’s three main parties used Monday’s foreign policy debate to stake their claim as the most capable and determined defenders of Canadian imperialism.

Wolf proposes to eliminate pensions for workers making over $75,000 yearly.

A federal bankruptcy judge has ruled that benefits and rights of supermarket workers at the supermarket chain A&P can be drastically cut.

Workers accuse the AMWU of paving the way for the next round of redundancies.

Seventy-five years since the assassination of Leon Trotsky

The assassination of the greatest leader of the 1917 October Revolution marked the climax of the Stalinist regime’s eradication of the socialist workers and intellectuals who had secured the victory of the Bolshevik revolution. In the face of the emerging militancy of the working class, the UAW and its supporters have a message of their own to autoworkers: sit down, shut up, and do as we say. 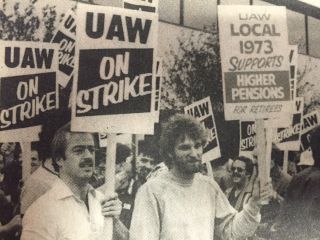 Thirty years since the Canadian split from the UAW: Lessons for today

The claims that there was a “Canadian” road to defend autoworkers from the globally organized auto companies have been proven disastrous. 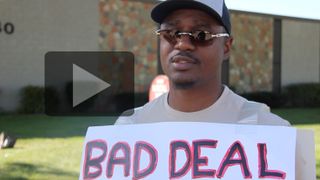 The UAW and the Democratic Party

Re-released after 40 years: The strengths and weaknesses of Robert Altman’s Nashville

The nearly three-hour work follows two dozen characters over the course of several days in the city of Nashville, Tennessee, the official capital of country music.

99 Homes’ director Ramin Bahrani: “The villain is the system” 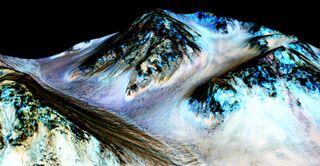 Behind the resignation of US House Speaker Boehner

US coal giant seeks to eliminate health care for retirees

The Pope in America

Political lessons of the battle of Wisconsin

Is Bernie Sanders a socialist? 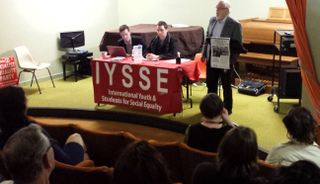 This week in history: September 28-October 4 October 3, 1990 marked the official proclamation of a united Germany, based on the dissolution of the Stalinist-ruled German Democratic Republic into the Federal Republic of Germany. On October 1, 1965, military officers staged a coup attempt against President Sukarno of Indonesia. On October 2, 1940, a decree signed by the German Governor General Hans Frank established a Jewish ghetto in Polish capital, Warsaw. On October 4, 1915, Bulgaria formally entered World War I on the side of the Central Powers, Germany and Austria-Hungary.