The increasingly clear intent is to use air strikes, starvation and desperation to weaken what remains of ISIS’s fighting strength.

The US-directed assault on Mosul and imperialist hypocrisy

The European Union statement is aligned with the flood of anti-Russian propaganda emanating from Washington over the NATO war for regime change in Syria.

German editorial writers and leading members of the Greens are calling for military intervention in Syria and for “toughness against Russia.”

More on the war in Syria »

Workers at the Libbey Glass plant in Toledo are continuing a strike that began October 12 after they rejected an inadequate wage offer and work rule concessions. 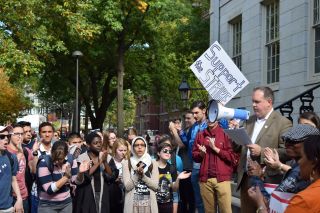 Harvard students walked out of classes Friday in support of dining room service workers who have been on strike for 12 days.

Professors and faculty threaten to strike at 14 Pennsylvania universities

Professors and faculty members at Pennsylvania’s state-run universities are set to go on strike Wednesday against cuts to health benefits and the expanded use of adjunct professors.

Teachers rejected a contract backed by the unions and the entire political establishment that would accelerate the attack on public education.

The vote, coming barely one month after the impeachment of President Dilma Rousseff, saw record levels of abstention and spoiled ballots.

US amplifies its support for India’s military strikes on Pakistan

Washington’s endorsement of India’s jettisoning of “strategic restraint” will only encourage New Delhi to carry out still more aggressive and provocative military actions.

Sirisena, who won office on bogus slogans of good governance and fighting corruption, has moved to halt even the limited actions of the Bribery Commission and police.

Efforts by Australian politicians to sell their detention model have helped create the conditions where governments around the world are regularly in breach of international law.

The growth of poverty is a direct result of the policies implemented by successive governments, Liberal-National and Labor alike.

Is the US election rigged?

The reactionary character of Trump’s claims that the US election is “rigged” does not lend any credibility to the self-righteous and hypocritical response of the Democratic Party.

The November 5 conference, “Socialism vs. Capitalism and War,” and the building of a new movement against imperialist war

Socialism vs. Capitalism and War
The SEP and IYSSE schedule November 5 antiwar conference in Detroit

White’s campaign is directed at mobilizing workers in the US, Canada and around the world against war and social inequality and the capitalist system in which they are rooted.

The meetings in Rapid City and Pine Ridge Reservation were the first SEP meetings to be held in the state, and the latter was the first held on an American Indian reservation.

DeRay Mckesson and the right-wing character of racialist politics

A prominent spokesman for Black Lives Matters addressed a political forum sponsored by the online newspaper Voice of San Diego.

Fed Chair Yellen speaks in Boston: An admission of perplexity and impotence

In secret Goldman Sachs speeches, Clinton explains why the rich should rule

The great diversion: Democrats focus on sex scandal as conflict with Russia escalates

As the new academic year begins at German universities this week, the IYSSE is distributing the following statement to first-year students.

The meeting was the culmination of a two-and-a-half year fight to establish an IYSSE club at the university.

Conductors should reject the RMT’s proposal to accept new contracts. 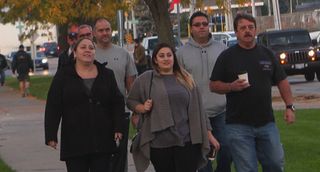 Unifor rams through another sellout deal at Fiat-Chrysler

Between the World and Me by Ta-Nehisi Coates: The dystopian vision of racial politics

Trotsky in New York, 1917: A Radical on the Eve of Revolution, by Kenneth D. Ackerman October 19, 1991, ex-Ku Klux Klansman David Duke finished second in a primary election for governor of Louisiana, winning a place in the November 16 runoff. On October 17, 1941 the third cabinet of Prince Konoye collapsed after negotiations between Japan and the United States failed to reach any compromise over conflicting imperialist interests in Asia and the Pacific. On October 21, 1916, Friedrich Adler, a leader of the Social Democratic Party of Austria, assassinated Prime Minister Karl von Stürgkh in a politically bankrupt act of terrorism. 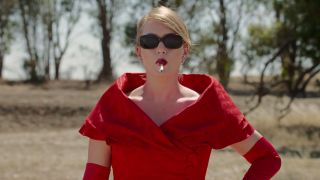 The Dressmaker, The Girl on the Train: The “return of the native” and other issues 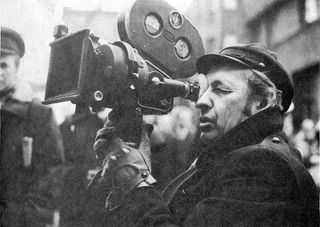 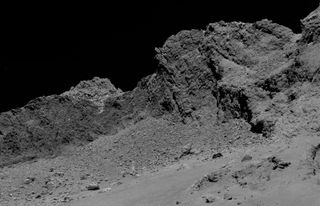 Meeting in India discusses war and the fight for socialism

Large audience for interview with David North, author of A Quarter Century of War: The US Drive for Global Hegemony, 1990-2016 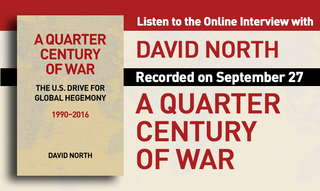