The imperialist powers, with the US in the lead, are up to their necks in the blood-soaked repression of the Saudi regime, which has been exposed once again by the apparent murder of journalist Jamal Khashoggi.

PropOrNot, an organization that published a blacklist of oppositional media organizations in 2016, hailed Facebook’s actions as the precursor to shutting down the targeted organizations' web sites.

Leaked Google document: Tech firms have shifted away from “free speech and towards censorship”

The US military’s vision for state censorship

Workers are effectively paying for their own wage increase through the slashing of employee benefits, share and incentive schemes, with some possibly seeing a net loss.

The workers are rebelling against poverty level wages and inadequate benefits that have left many struggling to keep their heads above water. 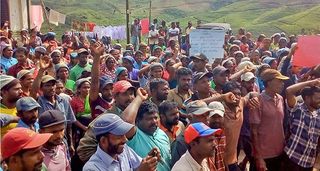 Demonstrations by estate workers underscore growing working-class opposition to the attacks of the government and employers.

Mexico Beach, Florida, known for its pristine beaches, fishing and boating, now resembles a war zone, with 95 percent of its structures uninhabitable.

Hurricane Michael leaves trail of death and destruction in southeastern US

The latest edition of Die Zeit exemplifies the manner in which the ruling elite in Germany and its leading media are promoting the far-right Alternative for Germany.

More on the growth of the extreme right in Europe »

Grenfell Tower Inquiry:
Survivors and bereaved give evidence—“We will not be silenced anymore”

The evidence reveals a devastating picture of official negligence before and after the fire.

More on the Grenfell Tower inferno »

Underlying the push toward improving ties with imperialism are the growing class tensions in Russia itself.

The scapegoating of immigrants underscores the wholesale lurch to the right within the political establishment signalled by Prime Minister Morrison’s installation.

Gonski 2.0 advocates an even more regressive testing regime than the NAPLAN model implemented by the Rudd Labor government in 2008.

Helen Pluckrose, James A. Lindsay and Peter Boghossian have struck a well-timed blow against postmodernism, a reactionary obstacle to the development of scientific socialist consciousness. 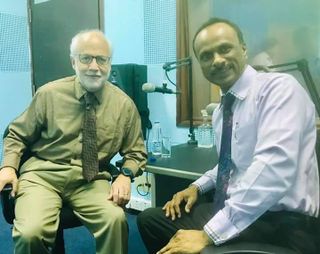 The struggle for socialism and the importance of history: David North interviewed on Radio Sri Lanka

Eighty Years of the Fourth International: The Lessons of History and the Struggle for Socialism Today

On the 80th anniversary of the founding of the Fourth International David North, the chairperson of the international editorial board of the World Socialist Web Site, will be speaking in the United States this fall to mark the 80th anniversary of the founding of the Fourth International. Watch: Live Q&A on the CIA democrats, with Niles Niemuth and Patrick Martin

Socialist Equality Party congressional candidate Niles Niemuth and WSWS writer Patrick Martin answered questions from Facebook commenters at this live event on October 13. Follow Niles on Facebook now to participate in the next live discussion. Buy the pamphlet on the CIA Democrats here.

Daniel Ellsberg’s The Doomsday Machine: A prescient warning of the danger of nuclear war

The famous whistleblower of the “Pentagon Papers” provides a disturbing and timely memoir of his days preparing nuclear war policies for the Pentagon.

By his silence, Mélenchon is tacitly supporting forces within his Unsubmissive France party that are orienting toward right-wing populism and the militarization of Europe.

US ambassador to New Zealand continues public attacks on China

Pentagon report points to US preparations for total war

More on US militarism »

The New York Times laments the exit of Nikki Haley

NY Times exposé on Trump fortune: An empire built on tax evasion and fraud
“Behind every great fortune there is a great crime” – Honoré de Balzac

More on US politics »

The Kavanaugh confirmation and the US midterm elections

The #MeToo campaign versus the presumption of innocence

More on the sexual misconduct witch-hunt »

Canada: The unions’ suppression of the 1995-97 anti-Harris movement: Political lessons for today
Part 4: The SEP, the unions and the pseudo-left

To defeat the social counter-revolution spearheaded by Ford, workers need to build new organizations of struggle in political and organizational opposition to the pro-capitalist unions and NDP. 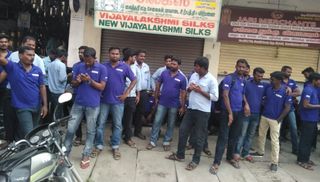 Strikes and protests have broken out in Tamil Nadu companies that employ the majority of India’s 7.6 million auto manufacturing workers.

Cooley, a former autoworker and high school and college teacher, had considered himself a socialist for most of his adult life. He was the US SEP’s congressional candidate in Maine in the 2004 election.

Mack the Knife—Brecht’s Threepenny Film: The famed “play with music,” and the controversies surrounding it, brought to life

Bradley Cooper’s A Star Is Born: It’s true, the artist must have “something to say”

Student organisations from Humboldt University and across Germany published an open letter denouncing the cooperation of the university administration with the far right and its attacks on students’ social and democratic rights.

Join the International Youth and Students for Social Equality and take up the fight for socialism!

the International Youth and Students for Social Equality (US), 31 August 2018

Debbie Dingell: A candidate of wealth and privilege The Socialist Equality Party's candidate for US congress in Michigan's 12th district, Niles Niemuth, appeared alongside his opponents from the Democratic and Republican parties, as well as the pseudo-left Working Class Party, at this televised forum on October 5. Watch Niles' answers above. See the full video, including responses from all candidates, here.

Mobilize the working class to defend nurses and secure the right to health care!

“Genuine socialists are fighting to put the working class in control”

Campaign events for Socialist Equality Party candidate Niles Niemuth
Socialism: What it is and how to fight for it

Build rank-and-file committees to unify struggles against austerity in France!

Workers face the choice between President Emmanuel Macron’s social counterrevolution and a revolutionary struggle to bring down the Macron government.

Socialist Equality Party (UK) Public Meetings:
The fight to drive out the right-wing from the Labour Party and the struggle for socialism Watch: What do Amazon job applicants think about $15/hr?

This week in history: October 8-14 US President Bill Clinton, on a nationally televised address October 7, 1993, announced that he was sending 2,350 more American soldiers to Somalia. Just 11 days after being inaugurated, On October 11, 1968, Panamanian President Arnulfo Arias was overthrown by the military. On October 13, 1943, the Italian government, led by King Victor Emmanuel and Premier Pietro Badoglio, declared war against its former ally, Nazi Germany, just three months after the fall of Mussolini and Italy’s surrender to the Allies. The 7th Division of the British Egyptian Expeditionary Force (EEF) occupied Beirut, the capital city in what is now Lebanon, on October 8, 1918 to secure the roads to Homs in Syria.

Vadim Rogovin and the sociology of Stalinism

Rogovin insisted that without understanding the Terror—its origins and its consequences—it was impossible to make sense of either the nature of Soviet society or the ultimate dissolution of the USSR at the hands of the Communist Party during the final decade of the 20th century. For him, 1936–1938 and 1989–1991 were indissolubly connected periods of Soviet history. The restoration of capitalism demanded new falsifications of Soviet history.

The new edition of the foundational 1988 work by David North, chairman of the International Editorial Board of the World Socialist Web Site, is now available for order in the UK and Ireland.

Preface to the thirtieth anniversary edition of The Heritage We Defend

We are posting the new preface written by David North for the soon to be released thirtieth anniversary edition of The Heritage We Defend: A Contribution to the History of the Fourth International.

This resolution was unanimously adopted by the Socialist Equality Party Congress, held from July 22–27, 2018.

Support the Socialist Equality group in Turkey!
Statement of the SE group, in sympathy with the International Committee of the Fourth International (ICFI), on the snap elections in Turkey

Security and the Fourth International

This is the first part in a four-part series examining the cover-up by the Socialist Workers Party beginning in 1947 of information exposing the role of Sylvia Callen, the personal secretary of long-time party leader James P. Cannon, as a Stalinist agent.

Seventy-eight years since the assassination of Leon Trotsky

On August 21, 1940, Leon Trotsky, the founder of the Fourth International and the co-leader of the Russian Revolution, died from wounds inflicted the day before by an assassin, the Stalinist GPU agent Ramon Mercader.

Christine Assange, mother of WikiLeaks editor: “I’ve not been able to speak to my son for four months”

More on the campaign to free Julian Assange »

As the WSWS marks its 20th anniversary of daily posting, it is taking the lead in exposing the conspiracy by governments and corporations to censor the Internet as the ruling class prepares for war and domestic repression. 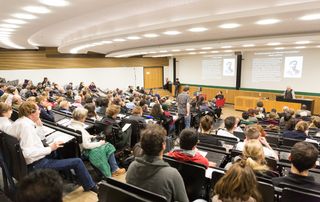 Lenin, Trotsky and the Marxism of the October Revolution

David North, chairperson of the International Editorial Board of the World Socialist Web Site and of the Socialist Equality Party (US), delivered this lecture at the University of Leipzig on March 16.