The Gold Mine by Kelsey Waldon: Life, more or less

For all the hardship and heartbreak that typically comes with being a recording artist, precious little finds its way into the pop music currently on offer. One assumes that, if pressed to answer sincerely, both aspiring and established musicians could recount struggles with lining up gigs, paying the rent and maintaining personal relationships, to name just a few.

These elemental experiences, a wellspring of artistic inspiration and personal drive, are often repressed, whether consciously or otherwise. Artists are discouraged from making music about “complicated” subject matter, a euphemism for real life.

Occasionally, however, and perhaps with increasing frequency, individuals elude this dragnet: 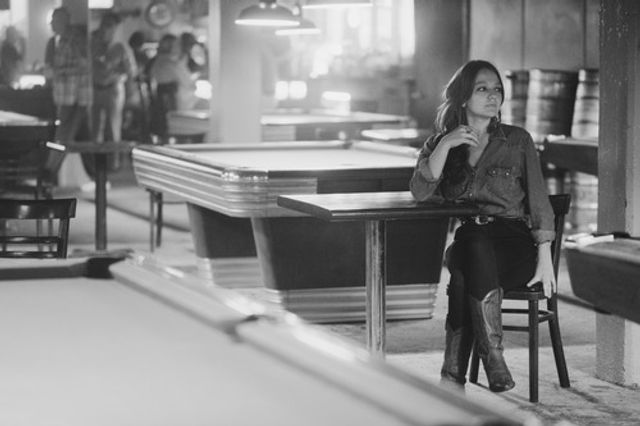 So speaks country singer-songwriter Kelsey Waldon, in an interview with Fader magazine for her debut album The Gold Mine.

A glance at the country charts reveals a good deal of ignorance and complacency. A great many songs proclaim the joys of “livin’ free,” while littering their verses with endorsements of car and liquor brands, without any apparent irony.

Waldon takes another tack, drawing on her own experiences to illustrate the difficult conditions of everyday life. The Gold Mine emerges as an earnest debut, heartfelt and well-meaning, indignant and somber and optimistic in equal measure. Although the album by no means breaks new ground, and wants some extra spit and shine in some areas, Waldon has introduced a voice all her own and made clear whom she speaks for.

Waldon’s clean Kentucky tones, tinged with weariness, immediately hook the listener. Hers is a voice instantly familiar, bringing to mind any number of women returned home from the labors of the day. The earthy timbre of her voice is reminiscent of country greats like Loretta Lynn or Tammy Wynette, who built their careers telling the stories of working class women.

The title track of this album owes more than a little to Lynn’s hit single, Coal Miner’s Daughter, released in 1969. In the latter, Lynn affirms her pride in her working class roots. Waldon, in The Gold Mine, rebukes the pursuit of the almighty dollar that has torn apart a rural family. The similarities in melody and attitude between the two songs are unmistakable. All the same, it seems more fitting to credit Waldon with writing a tribute than a straight knock-off. 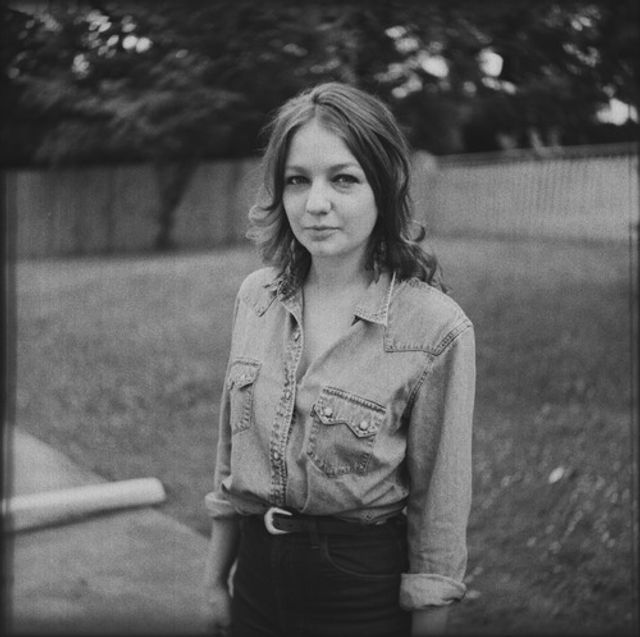 Raised in the small town of Monkey’s Eyebrow, Kentucky, Waldon relocated to Nashville at age 19, supporting herself by working a dead-end job. After returning to Kentucky for a while, she has since completed a college degree in songwriting and come to establish herself more permanently in “Music City,” USA, cutting her teeth on the local touring circuit while working at a honky-tonk bar.

The potency of Waldon’s voice is difficult to overstate. Through subtle changes in tone and inflection, she plays the emotional spectrum, and the results are often stirring. This skill has long been a staple of the country music repertoire, but one would not know it by perusing today’s bland, generic chart-toppers.

By contrast, Waldon manages to embody several different personalities, linked by troubled histories and less than ideal economic circumstances. To glance at the track Me and You Again:

I’ve been running around and never found no one

No one here likes to have my fun

Ain’t got a job, ain’t got no money

This old town just looks at me funny

A whole lot of love and not enough sleep

We’re the kind of people that you might meet

At some dirty old bar, way across town

We stick around until the lights go down

And now it’s me and you again

This is a departure from the pre-packaged romance that usually crests the airwaves. Not My First Time finds the singer in the guarded but resolute form of a woman tentatively exploring a new love. Tremulous guitars and a sighing pedal steel produce dreamlike sequences.

The level of musicianship throughout the album is first-string, for which bassist and producer Michael Rinne, as well as the entire band, should be commended. Recognizing the strength of Waldon’s voice, Rinne has neatly arranged the instrumentation to augment it. Bandmates Brett Resnick on the pedal steel and Jeremy Fetzer on the electric guitar add some needed texture to round out the sound. The track One Time Again, in particular, places Resnick’s pedal steel front and center, taking on the guise of the singer’s drunken lover.

Critics have characterized Waldon’s sound as “refreshing” but “familiar,” alluding to her music’s similarity to country styles popular in the 1960s and 1970s. Waldon has resisted the label of “throwback” artist, although her straight-talking lyrical style and restrained melodies do recall bygone eras. In any event, her voice is a welcome one.

Interestingly, the comparatively more current High In Heels is the album’s standout track. A scornful response to the disdain of the upper crust for the working class, this anthem showcases Waldon’s songwriting chops:

Waited on the job but it took too long

Brother got in trouble now the money’s all gone

Now mama’s sick and I sling bottles at the Mule

Now church-going people know more than I do

And we might need Jesus, but we also need food

There’s a lot of big people, places I ain’t been

The Gold Mine comes with its share of weaknesses, chief among them Waldon’s somewhat narrow approach to the album’s subject matter. She sets out to tell small-town stories, but at times founders in exposing larger truths about economic hardship and its effects on working peoples’ lives. Unfortunately, this accounts for one or two songs about pulling oneself up by the boot straps. On a lesser note, there is a coarseness to some of her lyrics that this listener has no doubt will improve over time, if her better tracks are any indication.

Kelsey Waldon has cracked open the door to an entire country full of heart-rending stories. The sympathy she has shown for the downtrodden can do more than soften peoples’ hearts—it can engender outrage, courage, and solidarity. Now, more than ever, these sentiments must reach a mass audience.