James Blampied, 31, is currently a patient in the Newham Acute Day Hospital in east London. He wrote to NHS Fightback and the Socialist Equality Party on the plans of the East London NHS Foundation Trust’s (ELFT) to shut down its day hospital where he receives care, in April. The hospital was opened in 2000 and has been the lifeline for thousands of people who suffer from mental health problems and those that would otherwise be treated at inpatient hospitals.

ELFT, which received a rating of “outstanding” as a mental health trust last year by the Care Quality Commission (CQC) has slated Newham Acute Day Hospital for closure, along with streamlining the Community Learning Disability Services. ELFT was appointed as the provider for the new contract of Community Learning Disability Services by the Tower Hamlets Clinical Commissioning Group.

ELFT admits that the Newham Acute Day Hospital “has provided a good service to patients over the years” but says that it is “important that mental health services modernise and adapt to respond to current circumstances and the needs of patients.” The reality is that ELFT is trying to “adapt to respond to current circumstances”, i.e., cut spending, rather than meet patients’ needs. The Trust plans to save money from the closure while giving lip service to investing some of the money saved to improve the Home Treatment Team in order to “reduce the impact of Day Hospital’s closure.”

Between 2010 and 2014, ELFT imposed £41 million in “efficiency savings”, as part of the Conservative/Liberal Democrats coalition demands to cut £20 billion from the National Health Service. In its Strategic Plan for March 2015-2019, the ELFT foresees a financial gap of £56 million in a “do nothing” scenario by the end of that period. This is happening due to the lowest-ever funding increase for NHS in its nearly 70-year history under this government and its predecessor.

The Tories are demanding the NHS be cut by a further £22 billion in this parliament via efficiency savings. To achieve this, they have formed 44 Sustainability and Transformation Plans (STPs) across England, accelerating the process of downgrading and closure of Accident and Emergency (A&E) departments, maternity units, children units, mental health facilities and walk-in centres across the country. 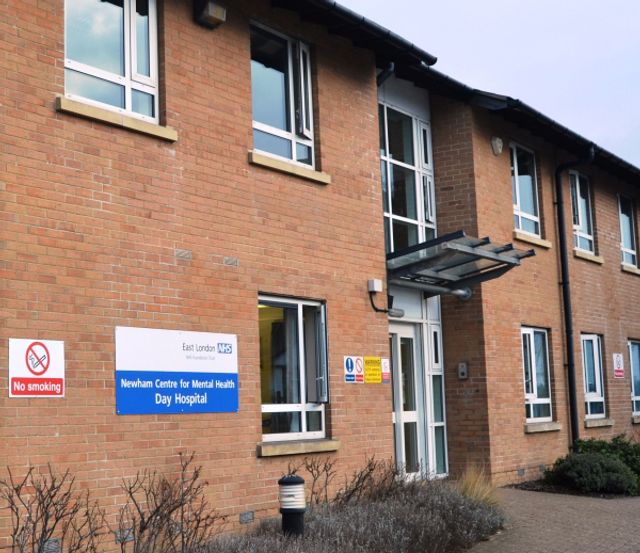 The North East London (NEL) Sustainability and Transformation Plan (STP), which includes ELFT, identifies the area as one of 11 “challenged health economies.” The STP is predicting a financial gap of £578 million by 2021 and says that, “cost improvement programmes will no longer be enough to achieve the scale of efficiency required to address our system-wide financial challenge.”

It states, “The STP has given providers the impetus to co-design new opportunities for productivity and service efficiency improvements beyond traditional organisational boundaries.” The closure of Newham Acute Day Hospital, on which many vulnerable patients with mental health needs depend, is part of the “co-design.”

Cuts to mental health services have led to a situation where there is enormous demand, with little capacity to meet the need. In the five years up to 2016, mental health trusts in England had £600 million slashed from their budgets. Meanwhile the number of people seeking mental health community help has jumped by 1.7 million, since 2010.

ELFT has set up dates for obligatory but bogus public consultation this month in order to appease the public. James, with the help of other patients, has launched a parliamentary petition to avoid the closure. The petition states, “Newham Acute Day Hospital has helped 1000s of people with mental health problems who are in crisis. The hospital is a vital, life-saving alternative to inpatient admission. Let’s take a stand against NHS cuts at a time when mental health problems are at epidemic levels in the United Kingdom.”

James recently spoke with NHS FightBack at the hospital site.

James Blampied: I am 31 years old and I have been suffering from depression since 2005 and have more recently been diagnosed with Bipolar Disorder. I have attended the Newham Acute Day Hospital twice in 2015 and I am currently a patient there. Newham mental health centre has been the real turning point in my recovery.

NHS FightBack: How many patients and families benefit from the Newham Acute Day Hospital?

JB: There are approximately 20-25 patients admitted to the Newham Acute Day Hospital for an average period of 4-6 weeks per patient, and approximately 300,000 people have access to the hospital complex.

NHS FightBack: What would happen to you and other patients as a result of the day hospital closure?

JB: The current treatment at the day hospital includes group therapy, consultations, and the support from fellow patients is a large part of the treatment. There is a large community spirit fostered by the communal activities. As a result of the closure, the home treatments would not include any of this group treatment but would rather consist of 10-minute-per-day home visits.

The day hospital is also an alternative to being admitted to the Mental Health Inpatient Ward, allowing those requiring treatment to attend during the day but remain living at home, which is considerably preferable for mental health. Without the day hospital, many patients will have no other option but to be admitted to the general hospital ward, which is a less favourable environment for the recovery of patients with mental health issues.

Ambulance and police services and Accident and Emergency departments are inadequately prepared for mental health issues and are already oversubscribed. General recognition is that many people suffering with mental health issues would be worse off through these more general outlets of treatment.

NHS FightBack: The East London NHS Foundation Trust says they are going to incorporate the services provided by the day hospital with Newham Home Treatment team as an alternative. Would the home treatment service provide you the same level of service at home?

NHS FightBack: Are you aware that the ELFT is going to streamline the Community Learning Disability Service in addition to the closure of the day hospital?

JB: I am not aware of these intentions to streamline the Community Learning Disability Service.

NHS FightBack: Why do you think they are doing this?

JB: Patients are being told that the hospital is being “underused”, which I think may be a result of the referral problems. But many people with mental health problems benefit from the day hospital.

NHS FightBack: Do you think this is part of the wider attacks on the NHS?

NHS FightBack: Have you contacted any organisations other than the Socialist Equality Party/NHS FightBack? What are their responses?

JB: I have contacted Save our NHS, local and national mental health charities (e.g., Mind), local press—an article is forthcoming. I have written to the local Labour MP, Stephen Timms, but not received any reply as of yet.

NHS Fightback also spoke to a member of staff at Newham Acute Day Hospital who said, “Patients and we are gutted by this decision to shut down this well-functioning unit. We haven’t been given an acceptable reason as to why this is going to be shut down in April. The decision is coming from the management of the Trust.”

Asked about the number of referrals to the hospital, he said, “Patients may be referred to the day hospital through the Community Mental Health Team, the Assessment and Brief Intervention Team (ABT), and the GPs or the hospital crisis team. We have got a capacity for 25 patients and we have got 18-20 patients a day. So we are not underused.”

NHS FightBack calls for the widest possible campaign among health workers in London and the public to fight the closure of Newham Acute Day Hospital.

The petition created by James Blampied is here.