Several thousand people demonstrated in Parliament square Monday evening, as MPs debated a petition calling for US President Donald Trump to be denied an official state visit to the UK.

The petition, signed by over 1.8 million people, raised objection to the proposed state visit of Trump, at the invitation of Prime Minister Theresa May, as “it would cause embarrassment to Her Majesty the Queen.” 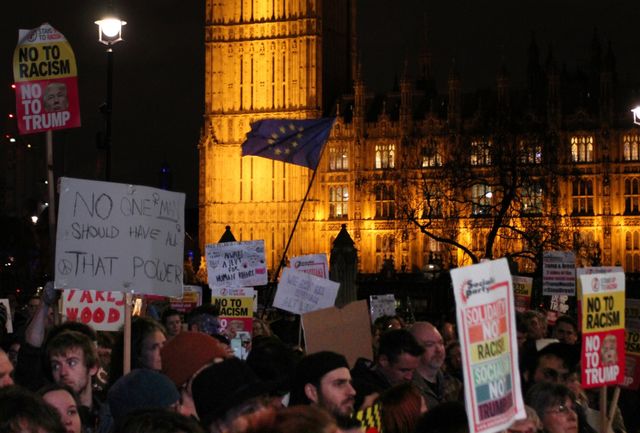 The London rally attracted a largely middle class audience, but was also young and included groups of school and college-age pupils, refugee organisations, delegations from a number of universities, including SOAS, University of London, University College London and Kings College. Some of those attending were hard-line supporters of the European Union, with a large EU flag flown throughout as well as homemade placard declaring slogans such as “I love the EU” and “We love the EU.” 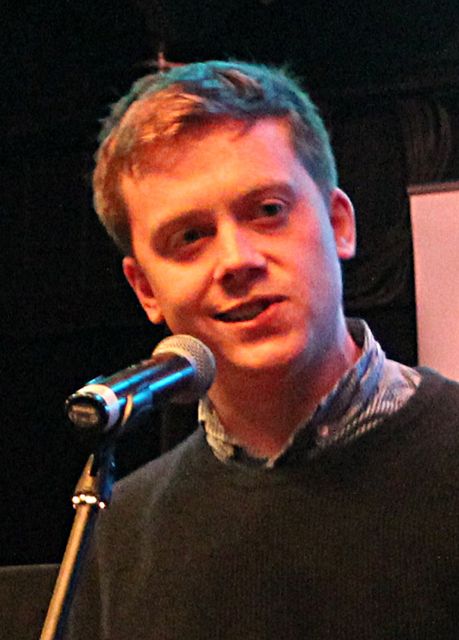 The political line given by a platform with at least 20 speakers--including Guardian journalist Owen Jones, Labour MPs John McDonnell and Dianne Abbott, Green Party MP Caroline Lucas and National Union of Students President Malia Bouattia--was a moral appeal to oppose Trump on the basis of his being a racist and sexist.

The protest was a setback for the main organisers, the Stop Trump Coalition, as they had previously hyped up the expected size of the rally, ahead of further protest during Trump’s actual visit, which they claim, in a Guardian article, will be “the biggest demonstration in British history.”

Numbers were around a tenth of the size that converged--with just one-day’s notice--on Downing Street on January 30, after Trump’s anti-Muslim ban was ordered. Far from mobilising mass opposition to Trump, the genuine sentiment of opposition to his reactionary programme—and support by Prime Minister Theresa May for him—is being systematically de-mobilised by Jones, et al thanks to their own reactionary political agenda, which is support for the EU against the United States. Through this movement, the pro-EU faction of the ruling elite who lost last year’s referendum on UK membership, are seeking to win broader public support. 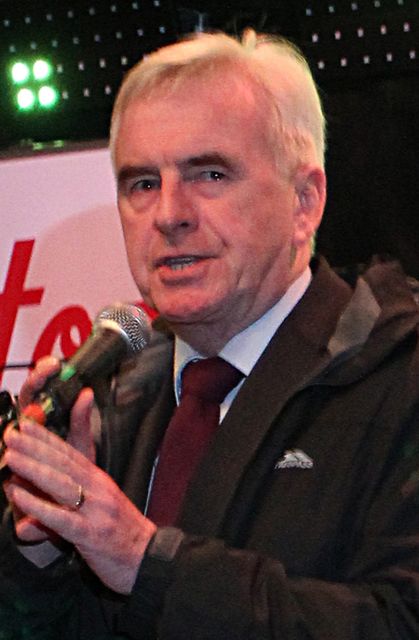 John McDonnell speaking at the rally

Speakers had virtually nothing to say to the fundamental concerns of working people regarding social inequality, poverty, low-paid jobs, unemployment and the evisceration and privatisation of vital public services including health, education, housing and welfare benefits. Speaker after speaker instead described Brexit and its supporters as “racist” and painted an entirely false picture whereby the majority of British people were culpable in creating a racist, sexist, misogynist, patriarchal society.

The danger of the US and Britain launching war against a host of countries, including Iran, North Korea and China was almost completely ignored. The only opposition to Trump on this score was on the right-wing basis that the main danger was that Trump was politically too close to a revanchist Putin regime in Russia. 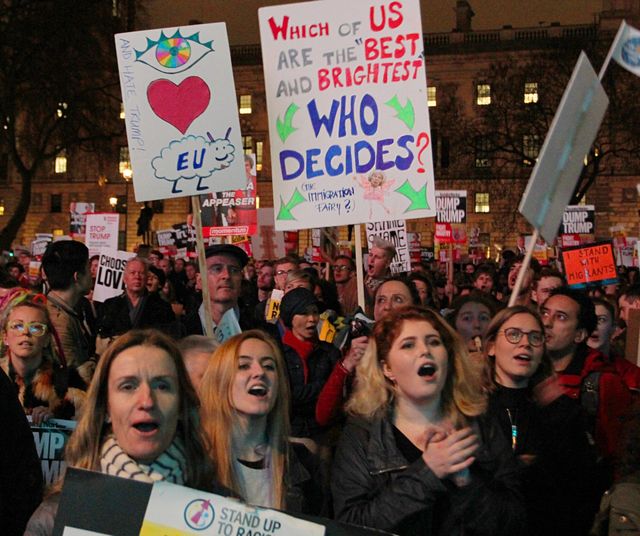 Protesters at the rally

In the build up to the march, Jones wrote in the Guardian of last week’s resignation of Trump’s National Security Advisor Michael Flynn, “For much of the 20th century, the left was relentlessly smeared for supposedly being in league with Moscow, thus posing a threat to national security. Even leftists who passionately opposed the Soviet regime were portrayed as being the accomplices of Moscow. Now the national security adviser of a hard-right Republican president has resigned for actually being in league with Moscow.”

At the rally, Jones appealed to May, “Tony Blair was sunk by his alliance with George W, Bush. We will sink you all over again if you ally with that despicable man [Trump].”

To the extent that there was anything masquerading as a “left” alternative to that of the official organisers at Monday’s protests, it was supposedly offered up by the Stand Up to Trump coalition--established by forces comprising the Stop the War Coalition (STWC)--led by the Socialist Workers Party (SWP) splinter Counterfire and the Communist Party of Britain, together with the People’s Assembly, Stand up to Racism, and the Muslim Association of Britain.

Jones has launched a McCarthyite witch-hunt against his putative left opponents, focusing on depictions of the Socialist Workers Party as a “rape cult” for failing to seek a police prosecution of one of its leaders accused of sexual assault in 2013.

On Saturday, Stand Up to Trump organised a “summit” in London which attracted just 150 people and focussed attention on how it wanted to prevent at all costs being isolated from the Jones led-movement and the more substantial faction of the trade union bureaucracy gathered around him.

Alex Kenny, a member of the National Union of Teachers executive committee and an SWP supporter said, “[T]his group is supporting the [February 20] demonstration, we are liaising with the demonstration on Monday. We want the closest possible liaison and working together around the demonstration when and if Donald Trump does come. We want to demonstrate this. We invited someone from Stop Trump to come and speak today and we will continue to do that. Once we get beyond Monday, which I think will be a great show of demonstration of unity in purpose, once we get beyond that, we will continue to look at how we can bring the groups together. How we can step forward towards unity, perhaps using the auspices of the TUC (Trades Union Congress) in doing that.” 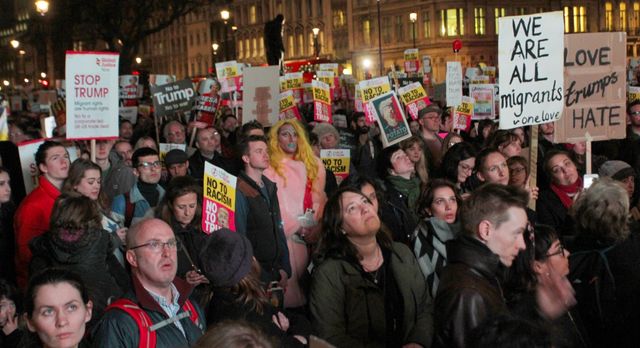 Some of the protesters at Parliament Square

On this basis, Monday saw no separate demonstration by Stand Up To Trump as it had previously announced. Instead, the SWP appeared to have been side-lined, while a number of those who attended the Stand Up to Trump summit, including NUT General Secretary Kevin Courtney and the Stop the War official Murad Qureshi, spoke on the main stage alongside Jones.

In any case, the Stand Up to Trump coalition offers no alternative to the Jones-led Stop Trump. It also calls for May to rescind the state visit invitation and urges opposition to the US president to be diverted into appeals to the government to end the “special relationship” between the US and Britain and move “towards a sane foreign policy.”

The Stop the War Coalition has publicly pledged to water down its rhetoric to make it acceptable to virtually anyone. In a January 30 article, STWC leader and Stalinist Andrew Murray wrote, “Such a movement needs to be broad and inclusive, reflective of all strands opposed to Trump, his policies, and May’s subservience to him. It must reach far beyond the left.”

The rallies organised around the country Monday, mainly under the auspices of Stand Up to Trump, were attended by just a few hundred people in major cities including Birmingham, Manchester, Leeds and Sheffield.