Two former Boeing engineers have spoken out against cost-cutting measures by the aerospace giant that may have led to a Lion Air crash last October that killed 189 people and an Ethiopian Airlines crash in March that killed a further 157. Both flights were 737 Max 8s, a model first brought into service in 2017. No Boeing executives have been arrested or even charged in connection with the two crashes, which took a combined 346 human lives. 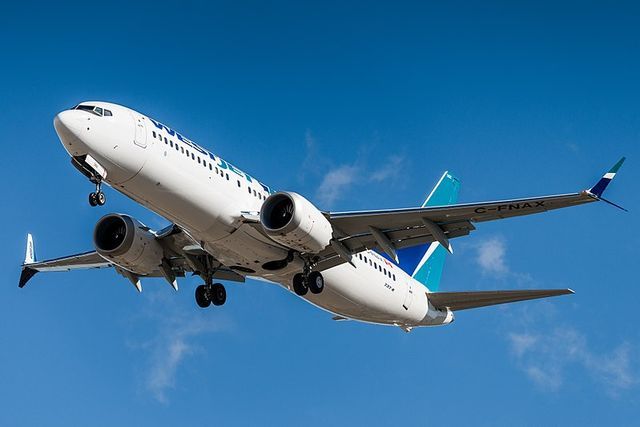 The interviews with Rick Ludtke and Adam Dickson, published last week by Bloomberg Businessweek, confirm that the company subordinates all considerations, including passenger safety, to the drive for profit. From the outset, the design and production of the 737 Max 8, which was introduced to compete with European rival Airbus’ 320neo aircraft, were carried out to minimize costs. As Ludtke describes in his interview, a key aspect of the focus on reducing costs was ensuring that pilots switching from older 737 models to the Max 8 never had to participate in Level D training. Ludtke recalled, “We showed them all these scenarios, and then we’d ask, ‘Would this change equal Level D?’”

Level D refers to the highest standard of flight simulators used by commercial airline pilots. These devices fully simulate every aspect of flying a particular type of aircraft. Pilots are typically required to train hundreds of hours on such simulators for each type of airplane they wish to fly before they are allowed to enter a real cockpit. They generally have to retrain on them every six months to maintain their qualification.

In order to cut down training time and reduce costs—each Level D simulator costs up to $15 million—Boeing claimed that the changes it made required only “Level B” training, which could be done in an hour on a tablet. The company worked closely with the US Federal Aviation Administration (FAA) in order to ensure that no one from that agency would challenge Boeing’s decisions.

“[Stacey Klein] had no engineering background, her airplane experience was very limited,” Ludtke said, suggesting that the head of the FAA team in charge of overseeing the development of the Max 8 training requirements was not particularly qualified to do so. “It was just an impossible scenario,” he added.

The very fact that one of the formal requirements of the FAA, as well as the European Aviation Safety Agency, for someone to fly an aircraft might be a mere hour’s worth of work on a computer speaks to the level of integration between the airline regulatory agencies and the companies they are supposed to oversee.

Moreover, the outcry from pilots after learning about the previously unknown Maneuvering Characteristics Augmentation System (MCAS), the software likely responsible for both the Lion Air and Ethiopian Airlines crashes, shows that the training given by Boeing was insufficient. Many have said they were unaware of the system, an automated anti-stall mechanism that in both crashes repeatedly forced down the nose of the airplane, overriding the pilots’ efforts to right their aircraft. Pilots complain that MCAS was not even mentioned in manuals or in the Max 8 flight training. This is despite the fact that Boeing was aware months before the Lion Air crash of design flaws, including MCAS, that were hidden from pilots, airline companies and the regulatory agencies.

The most recent exposure of flaws involves the cockpit design of the Max 8. The report notes that switches that trigger manual or automatic control of the aircraft’s horizontal stabilizer were changed from previous 737 aircraft, making it more complicated to turn off automated systems such as MCAS in the event of an emergency. It is not clear at this time if this change was included in Boeing’s training documents for its new jet.

The second interview in Bloomberg Businessweek was given by Adam Dickson, who managed fuel systems engineering on the Max 8. He retired partly in protest over the rush to bring the new plane into service. “It was engineering that would have to bend,” he said. Company executives in 2018 warned in “very direct and threatening ways” that the salaries of Dickson and others were at risk if they didn’t meet performance targets.

These targets included keeping the selling price of 737 Max 8s for delivery four years out to levels that were not feasible from an engineering standpoint, forcing managers such as Dickson to cut corners in order to drive down costs. This was bound up with a 7 percent cut imposed by Boeing CEO Dennis Muilenburg in the company’s workforce, removing more experienced engineers and technicians in favor of junior employees less likely to dig in their heels. “How long do you want to keep polishing that apple?” was a phrase Dickson repeatedly heard managers toss at engineers who wanted to continue testing longer than the company demanded.

Boeing categorically denies that it prioritizes costs over safety. “At no time did our performance targets reward or encourage a trade off against safety,” it said in a statement.

This is belied by the company’s current plan to move some 900 inspectors to other jobs, replacing them with electronic safety checks. Some 451 inspectors will be cut this year and a similar number next year, cutting by a third a second layer of inspections used to oversee Boeing’s commercial aircraft operations in the Seattle area. This plan has not yet been endorsed by the FAA.

Such cuts are part of the incentive plans for Boeing executives. Dickson stated that a manager’s annual evaluation of an engineer said, “Idea’s [sic] are measured in dollars.” No doubt Muilenburg and previous Boeing CEO James McNerney agree, after having made a combined $209 million since 2012, a portion of this the result of continually imposing cost-cutting measures across the company.

There is a fear among Boeing’s leadership that the continued exposures of its internal practices will impact its bottom line. The two Max 8 crashes have already cost the company $1 billion, both from the lack of aircraft sales and from settlements with the crash victims’ families. Boeing is poised to lose billions more in profits if airlines defer or cancel their Max 8 orders, or if regulatory agencies do not approve the Max 8, grounded since March 13, for flight. The company’s stock has fallen 20 percent since the Ethiopian Airlines crash, though it is still up 10 percent from the start of the year.