When the Gillard Labor government’s Fair Work Ombudsman released a report during February on the growth of unpaid work in Australia, media outlets presented it as a “crackdown” on employers illegally forcing young people to undergo unpaid work “trials.”

Nothing could be further from the truth. The evident purpose of the “Experience or Exploitation?” report, produced by two Adelaide law academics, was to provide a legal and political framework to legitimise what amounts to forced labour, particularly by dressing it up as “work experience” or “internships.”

The report provided little data on the prevalence of unpaid work—no such statistics are compiled by any government agency—but did indicate that it was common in the “majority” of industries, “including (but not limited to) print and broadcast media, legal services, advertising, marketing, PR and event management.”

The report’s authors received “many unsolicited contacts” from those wishing to relay their experiences, including via online comments and calls to radio stations. A Department of Education survey in 2010 had found that “unpaid trials were widely experienced” among workers aged 15–25. The victims assumed these were “necessary to get a job, whatever the legal situation.”

The report noted a “plethora” of advertisements for unpaid trials, especially online, usually promising “opportunities” for future employment. According to a 2009 report by JobWatch, an employee rights centre, however, only 13 percent of unpaid trials resulted in a paid position.

The ombudsman’s report examined the emergence of business agencies that “broker” unpaid work, charging young people thousands of dollars for “placements.” International students who were desperate to work were particularly vulnerable as they hoped to use a job to secure permanent residency or gain work experience in a foreign country.

A chapter in the report described the “flourishing” of unpaid internships internationally. A recent study at Rutgers University found that four out of ten US college graduates and seven out of ten high school graduates were engaged in part-time work while looking for full-time work. In Britain as many as one in five “new jobs” for young workers were unpaid “workfare emplacements” or “training schemes.”

Based on this trend, the report predicted a rapid growth in the number of unpaid internships in Australia. “[I]f overseas experience is any guide, especially the United States, we can expect these arrangements to become more common, as competitive pressures force even unwilling organisations to go down this path.”

Remarkably, the report indicated doubts about whether unpaid work was illegal, and suggested further inquiries into differentiating between legal and illegal forms of it. Beyond that, the report called for a cooperative “education” campaign involving employers and trade unions.

Australian Council of Trade Unions president Ged Kearney sought to reassure corporate interests in a speech to launch the report in late February. She stressed that “productivity,” not the super exploitation of young workers, was the primary concern of the unions. She said unions would work with the government and business on the issue. “Unions support productivity growth as one of the surest ways to increase the material standard of living,” Kearney stated, ignoring the hardship created for young workers.

The unions are collaborating with employers and the Gillard government in carrying out a sweeping program of restructuring and cost cutting in a bid to ensure the “competitiveness” of Australian business. Amid the deepening worldwide slump that began with the global financial crash in 2008, a wave of job destruction and plant closures is taking place.

As a result, nearly one in three school leavers, and one in four young people between the ages of 20 and 24, are now not in full-time study or full-time work. The proportion of young people unemployed for over a year doubled between 2009 and 2011, so that those between 15 and 24 years old comprised a quarter of all the long-term unemployed in Australia.

This jobs crisis not only helps create the conditions where young workers feel they have no choice but to accept unpaid “trials.” The creation of an army of desperate young job seekers assists the employers to drive down wages and conditions for all workers. That is why, far from “cracking down” on unpaid work, the Gillard government is seeking means of regularising it, assisted by the unions.

International Youth and Students for Social Equality members spoke with young people in Sydney on their experiences in doing unpaid work. 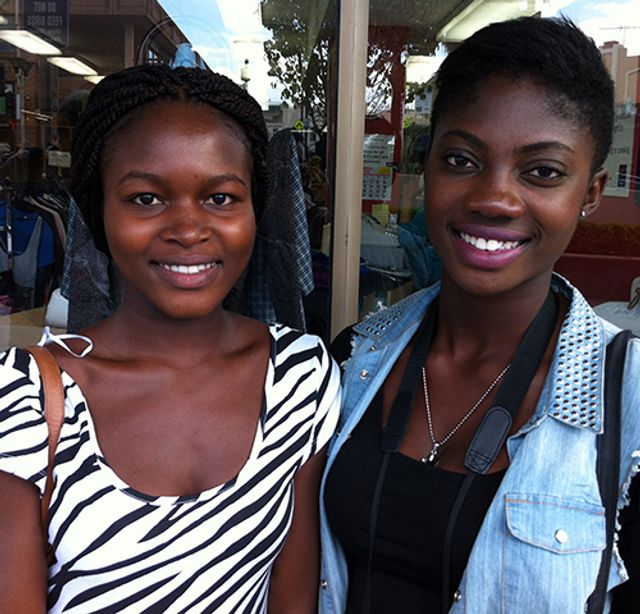 Lisa, 19, and her friend Tina had both worked for no pay in the hope of securing a job. Tina said: “I’m unemployed and have been looking for a job for two years.” She had previously tried to find work in the beauty industry via “day trials.”

Tina explained: “They can call you in for a day and then they’ll call you back and say, ‘we found someone with more experience.’ You’re not paid for the trial; it is free. I would go to Westfield’s at 5 a.m. and not get home till 8 p.m. For the first week I would sell products and not get money.”

Tina commented: “I think Australia is in recession, so no-one’s spending and no-one wants to hire people, but I also think that as teenagers we don’t have the full knowledge of what our options are. Working a trial for free, for example—we didn’t know that was illegal!”

Lisa recalled her experience working for a marketing company. “I worked as a door to door salesperson for a week. If you sell something then you’re supposed to get paid commission. This one day I sold three things and never got paid.” 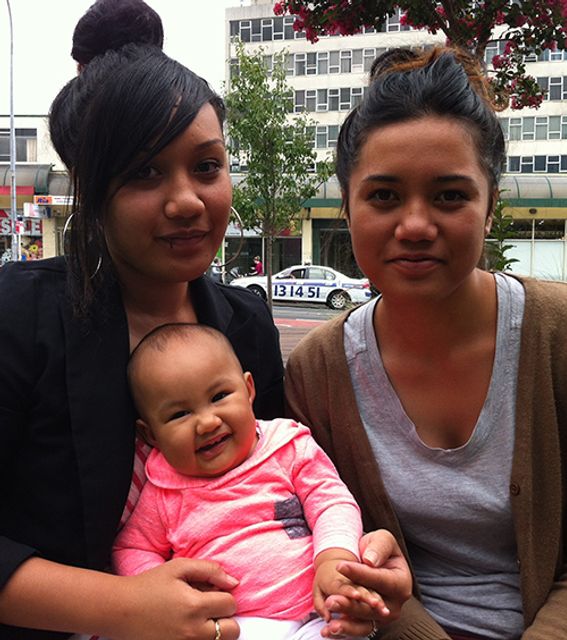 Betty and her sister

Now working in a fast food outlet, Lisa explained the difficulties in finding better employment. “I’ve been looking for a job in the last year and it’s hard getting call backs. Some stores don’t even look at your résumé—they just throw it out.”

Betty, was unemployed and studying to enter into real estate, hoping it would be a career for life, in order to provide for her child. “My property services teacher warned us to be careful in job interviews. She said she has had lots of students come crying to her, saying that their pay is unfair. Because they are inexperienced, the boss thinks that they can take advantage of that and save more money by only putting them on commission.”