For all the unsubstantiated allegations of Russian and Chinese “threats” and “aggression,” Australian and British imperialism have been two of the closest partners in crime of the US over the past three decades.

US and NATO press ahead with anti-Russian military buildup

Against the backdrop of Friday’s meeting in Geneva between the US and Russia, Washington and NATO are dispatching more forces and equipment to areas along and near Russia’s borders.

Germany’s leading media outlets have been aggressively promoting war against Russia for days. The country’s political representatives are now also sharpening their tone.

With outbreaks of the Omicron variant resulting in staff shortages at schools, the Democratic governor is mobilizing military forces to act as replacements to keep schools running and parents working to produce profits during the pandemic.

German media on course for war against Russia

Jason Melanovski, Clara Weiss•15 January 2022
A socialist program against war
2016
Socialism and the fight against war

Read
Preface
A Quarter Century of War: The US Drive for Global Hegemony, 1990-2016

This volume consists of political reports, public lectures, party statements, essays, and polemics that document the response of the International Committee of the Fourth International (ICFI) to the quarter century of US-led wars that began in 1990–91.

Watch
Join the fight against war!
Get involved with the Socialist Equality Party today.

Someone from the SEP or World Socialist Web Site will contact you promptly.

Beginning in 2012, the Obama administration funneled billions of dollars in arms and other equipment to Islamic fundamentalist proxy forces in Syria, including the Al Nusra Front, a terrorist breakaway organization from Al Qaeda. The illegal US intervention has been aimed at overthrowing the Syrian government of Bashar al-Assad, an ally of both Iran and Russia and the Middle East, and installing a puppet regime loyal to Washington.

The illegal US and European intervention in Syria has led to a protracted civil war that has killed hundreds of thousands and contributed to the greatest refugee crisis since the end of the Second World War. Since 2012, it has repeatedly brought the US and European powers to the brink of nuclear war with Russia.

More on the Syria war
The 2011 war against Libya

The US and European powers launched an intervention in 2011 in Libya, overthrowing the Libyan government and murdering Muammar Gaddafi, and installing an unstable client regime of rival militias loyal to their imperialist backers.

As in Syria, the CIA intervention and arming of Islamist forces—including groups associated with Al Qaeda—was accompanied by a campaign among pseudo-left groups aimed at fraudulently presenting these imperialist interventions as a continuation of the “Arab Spring.”

More on the war in Libya
The Iraq War

In March, 2003, the world watched on with horror as the US-led “shock and awe” bombing campaign lit up the nighttime sky of Baghdad with billowing clouds of flame and smoke. This campaign and the bloody ten years of occupation that followed had a devastating impact on what was once among the most advanced societies in the Middle East. Hundreds of thousands of Iraqi civilians were killed and millions were made homeless. One million Iraqis are estimated to have died.

The invasion of Iraq was a war of aggression, illegal under international law developed in the aftermath of the First and Second World Wars. The Bush administration employed increasingly brazen lies, centered on the claims that Saddam Hussein had ties to Al Qaeda and possessed “weapons of mass destruction” (WMD). The Democratic Party supported the war, while the Obama administration, which came to power in 2008, opposed any prosecution of the war criminals who had prosecuted the illegal war of aggression.

More on the Iraq War

Into the maelstrom: The crisis of American imperialism and the war against Iraq

As in 1914 with the outbreak of World War I, and in 1939 with the outbreak of World War II, the eruption of war in 2003 arises out of deep-rooted contradictions in the world capitalist system. Understood in the broadest historical context, the contradictions that have given rise to this war are, in their essence, the same as those which produced the previous world wars. Once again, war arises out of the underlying conflict between the essentially global character of economic development and the anachronistic character of the nation-state system.

The crisis of American capitalism and the war against Iraq

Whatever the outcome of the initial stages of the conflict that has begun, American imperialism has a rendezvous with disaster. It cannot conquer the world. It cannot reimpose colonial shackles upon the masses of the Middle East. It will not find through the medium of war a viable solution to its internal maladies.

War, oligarchy and the political lie

The exposure of the massive lies justifying the Iraq War has not produce condemnation, but new and even more insolent justifications in the media. This situation is telling the American people something important and very disturbing about the nature of the society in which they are living.

The Nuremberg tribunal and the role of the media

The ongoing US aggression in the Middle East raises the most serious questions about the role of the mass media in modern society.

On October 7, 2001, Washington and its NATO allies launched an illegal full-scale military assault against the Islamist Taliban regime in Afghanistan and Al Qaeda bases in the country. From the outset of the invasion, the WSWS exposed the lies of the Bush administration that its invasion was an act of self-defense in response to the terrorist attacks of September 11.

The war, which has spanned more than 18 years and is the longest-running war in US history, has killed over 175,000 people in Afghanistan, by conservative estimates, with hundreds of thousands more wounded, and millions driven from their homes. The cost of this “endless war” has reached roughly $1 trillion. At its height, the Pentagon was squandering some $110 billion a year, roughly 50 percent more than the total annual US federal budget for public education.

The US and its allies, including Britain and Australia, rapidly utilized the terror attacks to declare a global “War on Terror,” unlimited in scope both geographically and in time, as a pretext to implement longstanding plans to wage war in the Middle East and attack democratic rights of the working class in their own countries.

Beginning in April, 1999, the major imperialist powers launched an unprecedented multilateral war against Serbia. NATO, led by the United States but including forces from Britain, Germany, France, Italy and other allied countries, rained bombs down on the tiny country, the largest fragment of the former Yugoslavia.

The nominal pretext for the war was the conflict in Kosovo, a Serb province with a predominately Albanian population. A separatist movement, closely linked to gangsters and drug smugglers, received backing from the US and Germany and arrogated to itself the grandiose and misleading title of the “Kosovo Liberation Army.”

In December 1991, the Soviet Union was formally dissolved by the Stalinist regime led by Mikhail Gorbachev. The destruction of the Soviet Union was the outcome of the anti-socialist and nationalist policies of the ruling bureaucracy, which confirmed the warnings of the Trotskyist movement of the counterrevolutionary nature of Stalinism.

In the wake of the dissolution of the USSR, US imperialism concluded that it could now offset the challenge that American corporations faced from rivals in Europe and Japan, which had been growing since the 1970s, through the relatively untrammeled use of the US armed forces.

It is now nearly three decades since the deliberate liquidation of the Soviet Union by the Moscow Stalinist bureaucracy and the launching of the First Persian Gulf War, which began in January 1991.

Read
The 1991 Berlin World Conference Against Imperialist War and Colonialism

In November, 1991, the ICFI held a World Conference of Workers against Imperialist War and Colonialism, in Berlin. The ICFI's initiative to hold the conference was taken in response to the launching of the First Gulf War by Washington, the declaration by US imperialism of its “unipolar moment,” and the march toward the restoration of capitalism and dissolution of the Soviet Union.

This booklet was written in 1914 during Trotsky’s two month stay in Zurich. It contains an unsurpassed analysis of the driving forces of imperialist war. 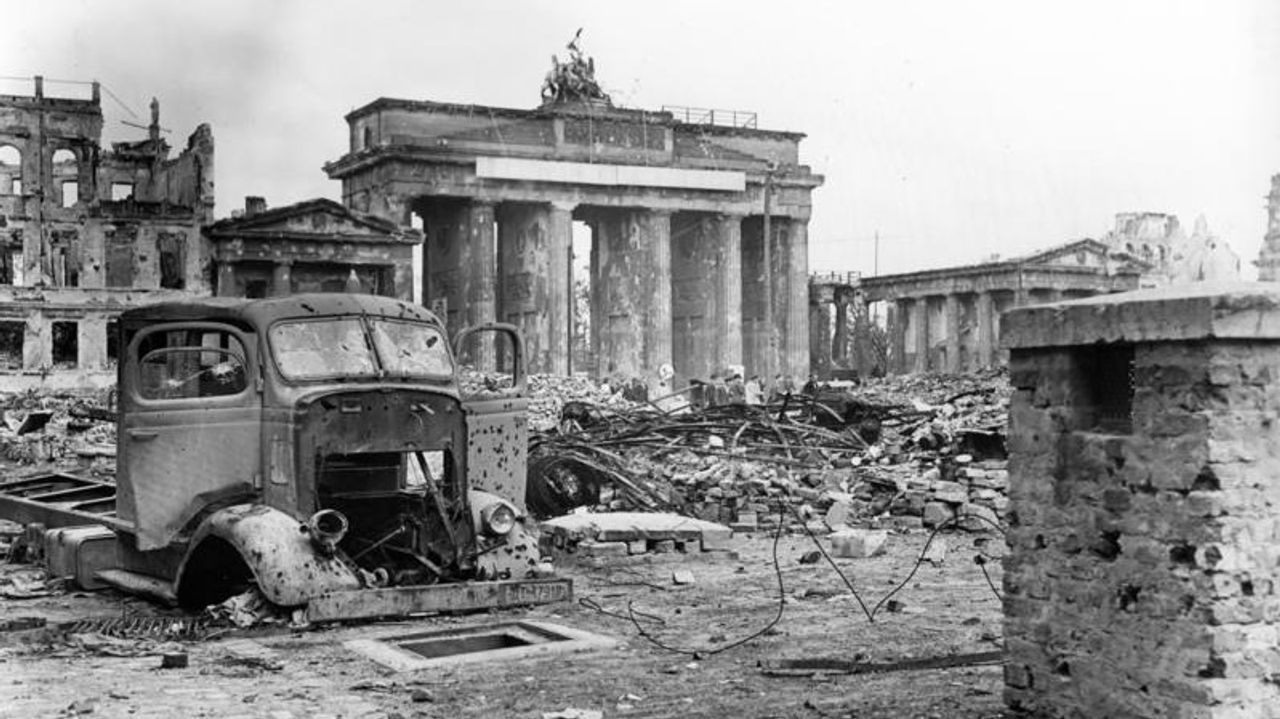 The Causes and Consequences of World War II

David North, the chairman of the WSWS international editorial board, delivered the following lecture at San Diego State University on October 5, 2009, marking the 70th anniversary of the beginning of the Second World War.

Three quarters of a century after the end of the war, fascism and war are imminent global dangers once again. 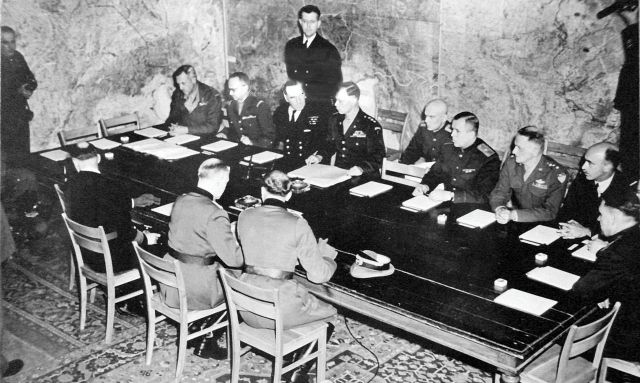 We are publishing here the text of a lecture delivered Saturday, April 8 by Nick Beams, a member of the International Editorial Board of the World Socialist Web Site. This is the third in a series of five international online lectures being presented by the International Committee of the Fourth International to mark the centenary of the 1917 Russian Revolution.

Nick Beams, national secretary of the Socialist Equality Party (Australia) and a member of the International Editorial Board of the World Socialist Web Site, delivered a lecture on “World War Two: Lessons and Warnings” to audiences in Sydney and Melbourne in November, 2009.