The Ash & Clay by the Milk Carton Kids: Reflections on a country in disrepair 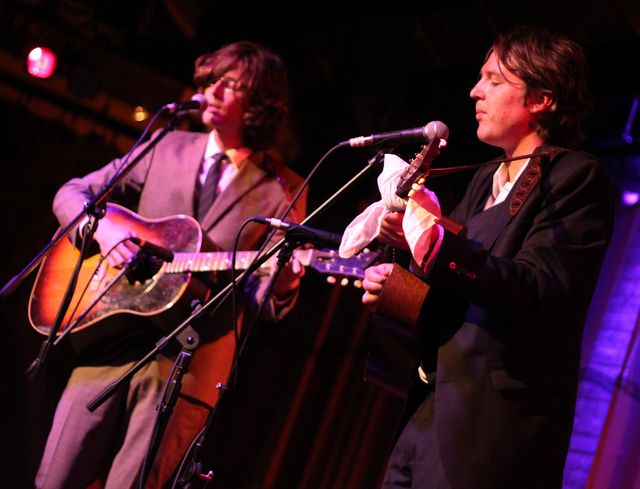 The Ash & Clay is the third studio album from The Milk Carton Kids. Their previous two albums, Retrospective and Prologue , are available as free downloads from their website.

Candour is a hard quality to come by in contemporary popular music, too often dominated as it is by performers whose careers are a stage-managed sham of gaudy costumes and manufactured talent. Under orders from their handlers and the almighty market, too many are blinded to social realities and essentially prohibited from meaningfully developing their craft.

It is always a pleasant and encouraging surprise, then, to discover so forthright an act as the Milk Carton Kids. In their third and latest studio album, The Ash & Clay, the Los Angeles folk-bluegrass duo examine an America at the crossroads, evoking loss and longing to articulate their impressions of what lies ahead for ordinary people in the midst of the most “fearsome travesty” to take place in recent memory. 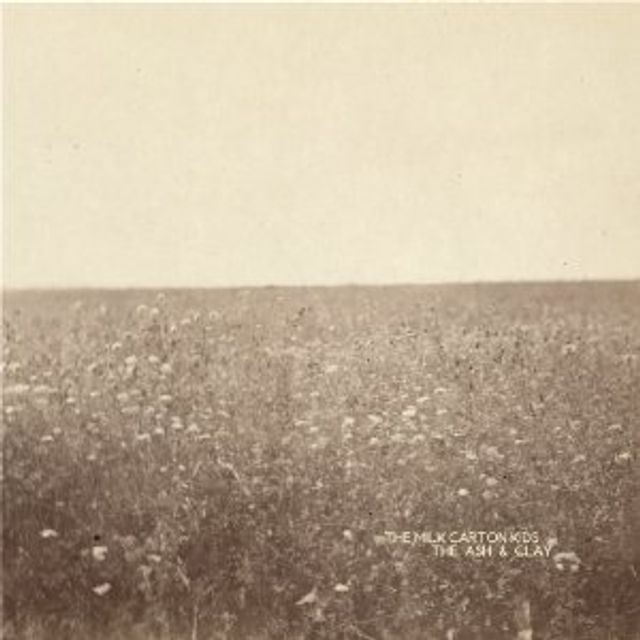 Band members Kenneth Pattengale and Joey Ryan have made a point during interviews to describe the impulse behind their newest material. According to Ryan:

“I think some of the themes have extended beyond the typical fare. It’s more outward-facing, dealing with the world around us and outside of us instead of just within us. Other than being an emotional investigation, it sets its sights on investigating our society, our country, the world we live in—still as it pertains to us in a personal way.”

Such a confession is rare even among grizzled veterans of the folk music scene who, for better or worse, have had the activist label appended to their careers. However, the unique historical juncture at which the American working class finds itself today has indelibly left its mark on the two singer-songwriters. While cherished artistic institutions are being shuttered, and the level of flashy bombast ramped up to a deafening roar, the most perceptive artists are assimilating the explosive and tragic developments taking place within American society and interpreting them with patience and empathy.

Pattengale and Ryan are examples of the latter. Essentially a barebones outfit of two guys and their guitars, the Kids nevertheless endow their songwriting with a strong sense of agency, peering over the decline of the American heartland and posing the difficult questions of how to carry on that millions of working class Americans contemplate on a daily basis.

The album’s title track evokes the decaying cities and towns of the Rust Belt, devastated by the decline of American manufacturing. Setting their plaintive voices against a defiantly marching guitar line, the duo convey working America’s probing grief at its fall from grace, as well as the growing realization that any attempt to raise itself up must inevitably lead to blows with the upper crust:

What, oh, have we done to run this country into such a sight
Stolen from our brothers like we couldn’t find a fair enough fight
You wait on promise, you will say, won’t forsake the ash and clay
Let’s come home before the girls are grown, let’s come home to fight

I know we want what’s best for us, I know it has to come at a price
I also know the trouble that you find when you stop being nice
You look around you one day, what you once knew didn’t stay
Let’s come home before the girls are grown, let’s come home tonight

The Kids deliver these verses and others with earnest, unembellished vocals, which for all their simplicity, carry a remarkable emotional depth. Pattengale’s weary crooning on “Promised Land,” as Ryan accompanies solemnly on guitar, portrays a young father as he gazes at his infant daughter, filled with doubt about an uncertain future. In “Heaven,” the duo harmonize effortlessly and infuse an element of contempt into the rambling tune, as they satirize right-wing Christian evangelism, or the moribund political establishment, or the nascent folk music “revival,” or all three. The listener will decide.

Immaculate guitar work accounts for a great deal of the duo’s allure. While Ryan grounds the performance with a rhythmic fingerpicking routine, Pattengale floors it with frenetically flat-picked bluegrass arpeggios that at times eclipse the Kids’ frugal vocals.

Listeners are left with an impression of two musicians who take to their task with the utmost sincerity. They have confessed to meticulously arranging their compositions, recorded live in a no-frills studio setup. During live performances, the Kids keep up a charming banter in between sets, which Ryan dots with amusing recollections of the duo’s most recent antics, delivered in a whimsically deadpan monotone. Once the music resumes, it does so in earnest, and Pattengale, in what has become a hallmark tic shared with fellow folk crooner David Rawlings, bobs and weaves enthusiastically to the tempo.

Attired in dark two-piece suits, the Kids have been compared to the Everly Brothers, and their close harmonies are reminiscent of folk heroes Simon and Garfunkel. To call them derivative, however, would be too quick an assessment. In The Ash & Clay, Pattengale and Ryan manage to snatch feelings of both anguish and hope from out of the social ether and condense them into songs that transcend their lyrical framing.

The track “Memphis,” at first a lament about the artistic decay of popular country music, soon brings to mind the lies fed to the American public in the form of Barack Obama’s disingenuous presidential campaign of 2008 and the dashed hopes of millions that were to follow:

Perhaps the quality of the emotions enshrined in The Ash & Clay is simply a reflection of the mood that now grips broad sections of the population both in America and the world at large.

Even so, there is an artistic threshold beyond which Ryan and Pattengale are as yet unprepared to cross. There is a faint air of missed opportunity and political confusion, exemplified by the somewhat naïve manner in which Pattengale probes the relative lack of meaningful content being released through the current “roots revival” movement:

“I think [in regard to] a lot of our contemporaries … there’s an element of it where people are in the trade of writing songs, playing shows and releasing albums as a goal that (is) purely financial or purely desirous personally.”

Without seriously considering the convergence of the music industry and political establishment in promoting intellectually opaque musical acts, the Kids’ run the risk of hollow moralizing and ultimately developing the bitterness that can sometimes exhaust artists of integrity.

To their credit, they have acknowledged in numerous interviews the intellectual limitations foisted upon them by the current toxic climate. To compensate, they have thrown wide the sails and have agreed to follow the growing social currents at work in America. It is in consideration of their genuine talents that one hopes that they hold a steady course.