The Act of Killing and The Attack: Mass murder in Indonesia, a suicide bombing in Israel

Two films that were screened at the Toronto International Film Festival in 2012 have now opened in North America. The following comments appeared in Parts 3 and 5 of the WSWS coverage of the 2012 Toronto film festival.

The Act of Killing

In October 1965, one of the greatest defeats and betrayals of the post-World War II period was inflicted on the international working class. Close to 1 million workers and peasants were slaughtered in Indonesia in a CIA-organized army coup led by General Suharto, which toppled the unstable bourgeois nationalist regime of President Sukarno and established a brutal military dictatorship. The US government, aided by its Australian and British counterparts, helped stage the coup to suppress the revolutionary strivings of the Indonesian masses.

At the time of Sukarno’s overthrow, the Communist Party of Indonesia (PKI) was the largest such party in the world outside the Soviet Union and China, with nearly 3.5 million members and a youth movement of another 3 million. By the end of 1965, between 500,000 and 1 million PKI members and supporters had been slaughtered and tens of thousands detained in concentration camps. So massive were the killings that the rivers were clogged with corpses. 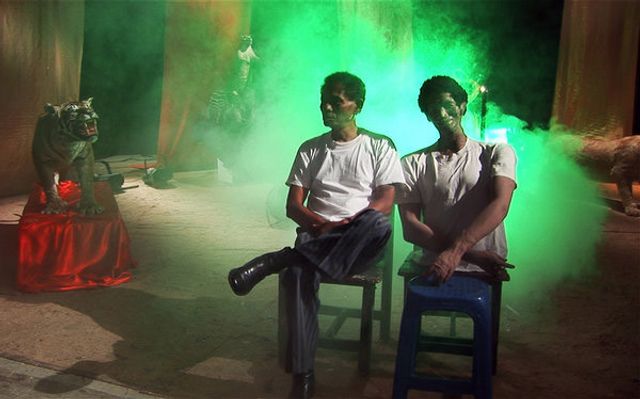 The Act of Killing

The bloodbath and coup in Indonesia were the outcome of the drive by US imperialism to gain control of the natural and strategic resources of the archipelago, known as the “Jewel of Asia.”

Joshua Oppenheimer’s The Act of Killing is a chilling documentary that involved enticing a group of the 1965 murderers to re-enact their executions in the style of different genres of Hollywood films. They are eager and ghoulish participants. Their re-creations include elaborate sets, costumes and special effects, and take the form of musicals, film noir gangster movies and Westerns.

The film’s production notes explain that when the 1965 coup took place, Anwar Congo—the movie’s central figure—and his cohorts in Medan, Indonesia, were promoted from small-time thugs who sold movie theater tickets on the black market to death squad leaders. Congo himself killed hundreds of people. In the film, he and other leaders of the Pancasila Youth paramilitary movement unrepentantly dramatize their murders.

This was a risky venture for the filmmakers, and the movie’s Indonesian crew cannot be identified for fear of deadly reprisals. The Act of Killing is remarkable in the way it captures the degraded nature of this backward social layer, the dregs of society. 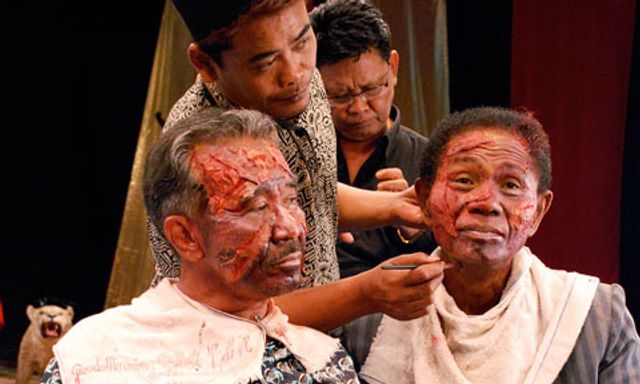 However, the filmmakers’ wrongheaded emphasis on “collective guilt” and humanity’s “heart of darkness” has the unintended result of obscuring those individuals, organizations and governments concretely responsible for the political genocide in 1965. “Humanity” didn’t commit the crimes—the Indonesian ruling elite and military, in collaboration with the CIA, Pentagon and White House, did.

Furthermore, that the immediate perpetrators of terrible crimes should be exposed—and brought to justice!—is unquestionable. But, again, far bigger operators stood behind them and directed their activities. Anwar Congo and the homicidal paramilitary were nothing more than the small-time henchmen of the Indonesian ruling class and its imperialist backers.

When the makers of The Act of Killing describe the Indonesian population as “docile” and fearful, they also reveal their own ignorance of history and social dynamics. By 1965, Indonesia had a long and bitter history of anti-colonial struggle, and the massive left-wing movement, tragically under the leadership of Stalinist-Maoist forces, demonstrated the wide popular support for the Russian and Chinese revolutions. Opportunities will again emerge for a showdown with the fascist human dust in Indonesia.

Lebanese-born American filmmaker Ziad Doueiri’s film, The Attack, centers on Israeli Palestinian surgeon Amin Jaafari (Ali Suliman), a respected member of Tel Aviv’s professional class. His status is challenged and his contented world shattered when he learns that his wife Sihem (Reymonde Amsellem) is responsible for the suicide bombing of a Tel Aviv restaurant that leaves 19 dead. 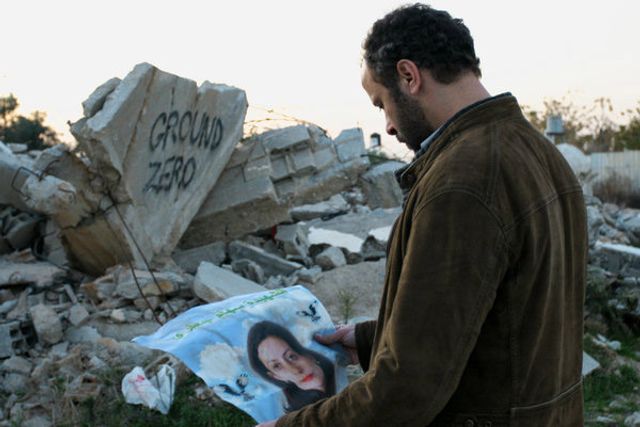 Devastated and tormented by the fact he was oblivious to his wife’s clandestine activities, Amin undertakes a dangerous journey to the occupied West Bank in search of an explanation. There he encounters an underground that both celebrates Sihem’s martyrdom and attacks him for his apparent loyalties to Israel. He eventually finds his way to Jenin, where he comes face to face with the destruction caused by the Israeli army in 2002. Amin is forced to reevaluate his relationship with his “adopted” country and his Israeli colleagues. The Attack is a well-done, intelligent work. There are a number of authentic types: one Israeli cop friendly to Amin and another who is a violent thug; a reactionary Islamist sheik and a surprising Christian priest in the Occupied Territories. But the mystery at the center of the film—how and why Sihem becomes a suicide bomber—is never adequately explained, either psychologically or politically, despite (or perhaps because of) the brief reference to and several images of Jenin’s terrible wreckage.

Furthermore, director Doueiri (West Beirut, 1998) paints Israeli society as rather idyllic and immune from internal, social conflict. Though his film focuses on the country’s upper middle class, Doueiri appears insensitive to the fact that Israel is riven by class antagonisms and the population is increasingly restive. A film that paints the situation in the Middle East as a purely national struggle is surely limited and unsatisfying at this moment in history.

That the movie is based on a 2007 book written by Yasmina Khadra—the pen-name for Mohammed Moulessehoul, a one-time officer in the Algerian army—may explain why The Attack’s intellectual-emotional core seems somewhat passé. Palestinian nationalism is rediscovered by the film’s central characters well after it has played itself out.