Socialist Equality Party European Election candidates for North West England, Chris Marsden and Robert Skelton, were interviewed on BBC Radio Merseyside on May 8. The broadcasts went out the following day to listeners throughout Merseyside, Greater Manchester, Cheshire and Cumbria, with an audience of potentially up to 700,000.

Marsden, the national secetary of the SEP, was interviewed by Roger Phillips. The station is interviewing the leaders of those parties who are fielding a full list of eight candidates in the North West region.

Marsden explained, “We are a socialist party. We are committed to a struggle for equality through abolishing class antagonisms. We stand for a socialist Britain, a socialist Europe and a socialist world.” 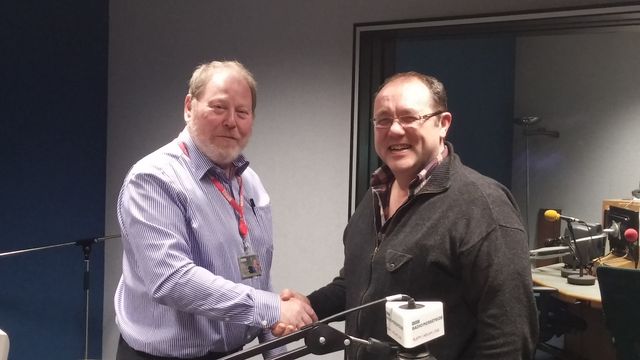 The origins of the SEP are in the “struggle waged by Leon Trotsky against Joseph Stalin and the betrayal of the aims of the October Revolution in Russia,” Marsden explained.

Asked if he thought that SEP’s programme will resonate with voters, Marsden replied, “I believe it will, yes. I don’t think there’s been a situation in world history in which there’s been such massive disparities in wealth between quite an obscenely wealthy elite and the vast bulk of the population, which is struggling just to get by.”

No other party addressed these issues, Marsden stressed. “The Labour Party no longer even pretends to be about socialism. It puts itself forward as a kind of alternative version to the Conservative Party, slightly less extreme but on all major questions it agrees with the profit system.”

Phillips asked “You reject the European Union and all its quote, ‘undemocratic institutions’, including the European Parliament, so why join this organisation that you don’t believe in at all.”

Marsden replied, “We’re not joining it. Britain is a member of the European Union. We are for a struggle for socialism. We understand that that can’t be waged in a single country. The working class faces major corporations that operate on a European and indeed global scale, and the only way to combat them is through a united offensive of the working class.”

Against the European Union, he continued, the SEP stood for the United Socialist States of Europe. “One based not on private profit, but on production for need.”

If the SEP was elected to the parliament, Marsden explained in response to another question, it would use it as a platform to address the issues of concern to working people. “We would stand there representing the working class in Britain, France Germany, etc., against all the attempts to impose massive savage austerity and cuts on them.

“If you look throughout Europe, look at what is taking place in Greece, Spain, Portugal. It is devastating attacks, where you have as much as 50 to 60 percent youth unemployment. People are being denied medical assistance, they can’t get housing, their wages are being slashed. And if that happens in Spain, in Greece, in Portugal, that sets a benchmark for the rest of Europe. And every single government says, ‘Well that’s who you are now competing against; you should accept 10, 15 percent wage cuts, you should recognise that your services are no longer guaranteed. The National Health Service is no longer productive, we’ve got to get rid of it, we’ve got to privatise it.’ And that’s what is happening. Every country is saying that workers have to compete against workers in every other country. And we say the answer to that is unity.”

The SEP had chosen to stand in the North West because “we have a history in this region going back decades. This is an urban conurbation: Liverpool, Manchester and the surrounding areas. It’s a big working class area. In the history of the socialist movement, of course, it goes back forever, to Frederick Engels, who lived in Manchester and wrote The Condition of the Working Class in England, so we do hope to tap into certain traditions. And I believe that the working class in the North West like everywhere else has been completely betrayed by its old organisations and there is a desire to fight back but there is no mechanism through which to do that. We are advancing ourselves as a socialist alternative for working people in this area.”

Marsden’s interview can be heard here at 01:05:40, at the BBC Radio Merseyside web site until Friday May 16:

Robert Skelton was invited onto the Tony Snell show to record a “One minute manifesto.” Skelton read out the following, which concentrated on the party’s opposition to the growing danger of war and dictatorship in Europe. 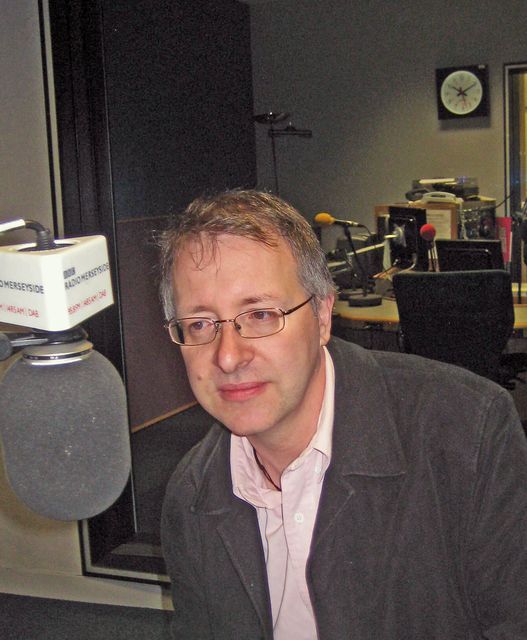 He said, “The Socialist Equality Party is the only party opposing war and austerity. Events in Ukraine are an urgent warning. The US and its European allies are working with fascists to provoke civil war and a confrontation with Russia.

“They must be stopped. This cannot be done through pleas to the European Union or any of its governments, but only by a united struggle of the working class.

“The EU is a tool of big business, implementing savage austerity in every country, destroying jobs, wages, welfare and democratic rights.