Report: US targets poor and working class with mass imprisonment

A new report from the National Research Council titled “The Growth of Incarceration in the United States” details the devastating impact of the American prison system on increasingly wide sections of society.

The report depicts a society in which nearly one percent of the adult population is locked up in prison or jail, and where the immediate and residual effects of mass incarceration mean that the most exploited sections of the population face a relentless cycle of hunger, homelessness, disease, poverty and violence.

“In communities of concentrated disadvantage—characterized by high rates of poverty, violent crime, mental illness and drug addiction—the United States embarked on a massive and unique intensification of criminal punishment” over the past fifty years, the study explained. “Although many questions remain unanswered, the greatest significance of the era of high incarceration rates may lie in that simple descriptive fact.”

The facts enumerated in the study are a damning indictment of the American ruling class, which has no progressive role to play in society. Today, the American elite relies on an elaborate network of gulags to keep large sections of the population constantly moving through the turnstiles of the criminal system. The impact on the population at large is devastating. 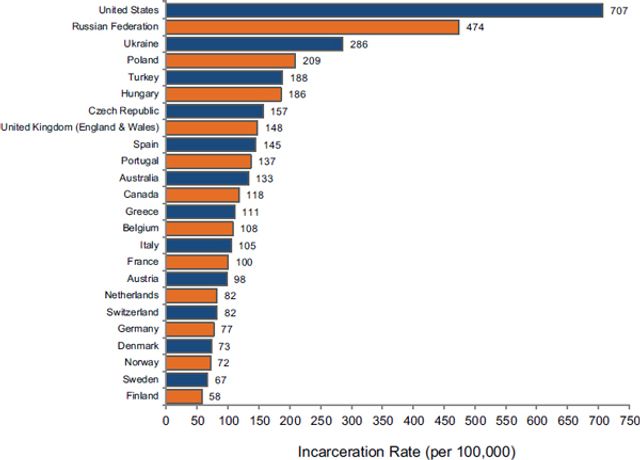 As the report notes, “the pervasiveness of imprisonment among men with very little schooling is historically unprecedented, emerging only in the past two decades.” 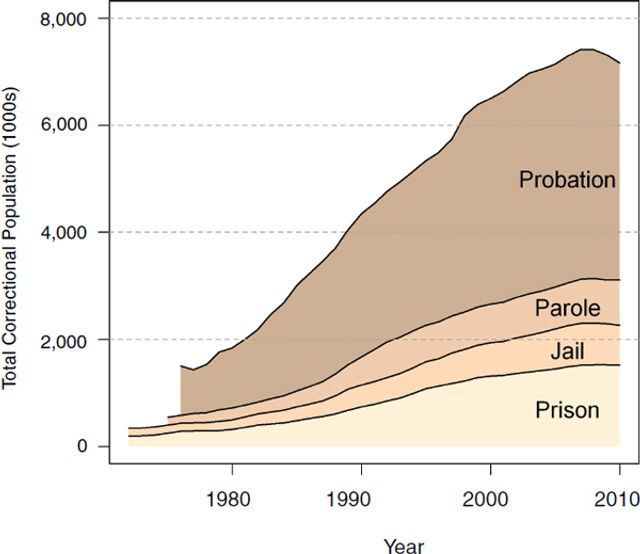 The American prison system is unmatched globally in terms of size. US prisons now hold 2.2 million adults, and more than five million Americans are also on parole or probation, putting the number of people under some form of state punishment at over seven million.

The US imprisons more people than any other country in the world, including countries like China and India with much larger populations. Roughly a quarter of all prisoners worldwide are kept in American prisons, this despite the fact that the US accounts for only five percent of the world’s population. 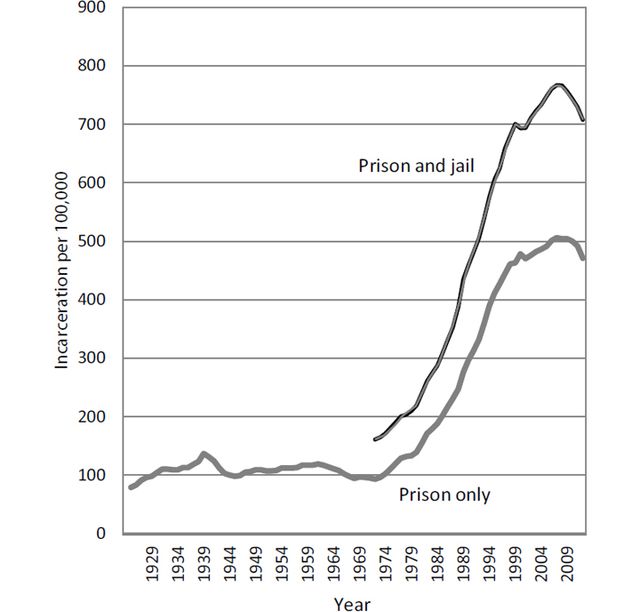 The US also has the dubious distinction of imprisoning a higher ratio of the general population—707 per 100,000—than any other country. The ratio of Americans in prison is 50 percent higher than the next worst country, Russia, with a ratio of 474 per 100,000.

The current state of the American prison system is the culmination of a decades-long process whereby criminal codes, sentencing rules, and constitutional guidelines have been rewritten to provide a legal cover for the imprisonment of large swaths of the population, both juvenile and adult.

The report explains that “across all branches and levels of government, criminal processing and sentencing expanded the use of incarceration in a number of ways: prison time was increasingly required for lesser offenses; time served has significantly increased for violent crimes and for repeat offenders; and drug crimes, particularly street dealing in urban areas, became more severely policed and punished.” 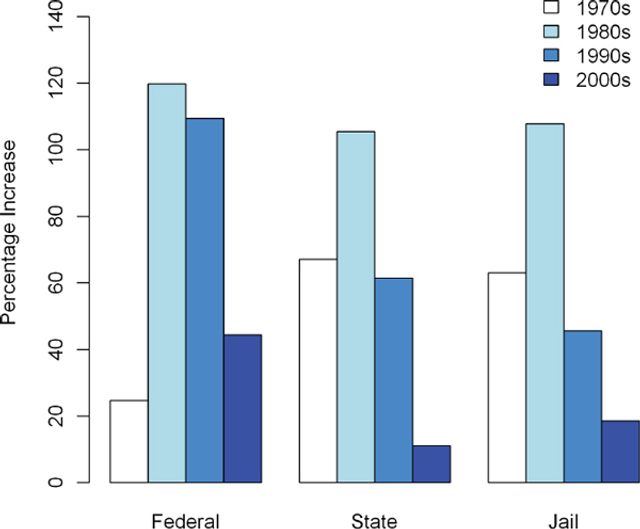 Percentage growth in federal and state prison populations and the local jail population by decade, 1972 to 2010

During the 1970s, “the numbers of arrests and court caseloads increased, and prosecutors and judges became harsher in their charging and sentencing. In the 1980s, convicted defendants became more likely to serve prison time.”

Mandatory minimum sentencing laws, “three strikes” laws mandating life sentences for a third criminal offense, no matter how trivial, and “truth-in-sentencing” laws requiring that offenders serve a minimum of 85 percent of their sentences, were increasingly adopted by states and by Congress in the 1970s, 1980s, and 1990s.

The development of harsher laws and policing is inextricably bound up with the policies of social counterrevolution that have dominated the period from 1970 to the present day.

Over the past decades, the growth in prison population has taken place alongside deindustrialization, massive wage and benefit cuts, the slashing of programs like welfare, food stamps, unemployment benefits and other social services, cuts to mental health programs, housing assistance programs, and unprecedented hikes in the cost of living.

Neither the growth of mass incarceration nor the intensified attacks on the rights and living standards of the working class are accidental developments. Rather, both are conscious policies of the ruling class: the mantras of “belt-tightening” and “getting tough on crime” are different sides of the same coin.

Through cuts to wages, benefits, and social programs, the ruling class has overseen a massive transfer of wealth from the broad masses of workers into the coffers of the financial aristocracy. The resulting growth of social misery is handled with increasing brutality by police thugs and reactionary prosecutors, judges, and probation officers.

The report calls for “a systematic review” of penal policies in order to reduce crime and prison populations. However, appeals to the American ruling class to “review” their own prison system will prove as fruitless as asking Louis XVI to “review” conditions in the Bastille. The needs of the millions whose lives are impacted by mass incarceration can only be met through the development of a mass revolutionary movement of the international working class aimed at reorganizing society on a genuinely egalitarian basis.