Iraq plunged further toward full-scale civil war Tuesday when Sunni insurgents of the Islamic State of Iraq and the Levant (ISIS) took control of most of Mosul after four days of fighting. 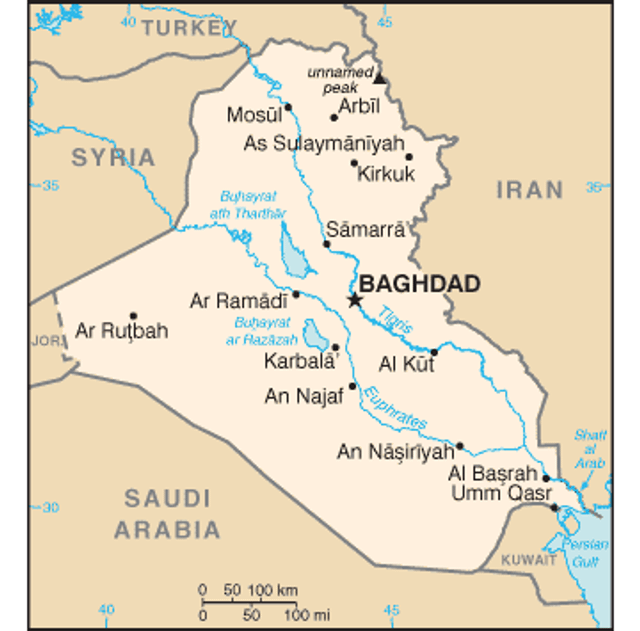 The collapse of government forces, said to number 60,000 in the region, before several hundred insurgents is a humiliation for the central government, exposing its extreme weakness and placing a question mark over its continued existence. Prime Minister Nouri al-Maliki has presided over a sectarian Shia government that has alienated Sunni tribal leaders by removing leading Sunnis from office and otherwise marginalizing them.

Coming just two and a half years after the withdrawal of the last of a US occupation force that at its peak numbered over 157,000—deployed in a war sold to the US public as a struggle against terrorism—the fall of Mosul to Al Qaeda-linked guerrillas also constitutes a searing indictment of the criminal character of US policy in the region.

With the takeover of the west bank and center of Mosul, a mostly Sunni city of 1.8 million people 220 miles north of Baghdad, ISIS controls a large swath of territory stretching from the eastern outskirts of Aleppo in Syria to Fallujah and part of Ramadi in Iraq’s western Anbar Province, to large parts of Nineveh Province and its capital, Mosul.

ISIS’ goal is to establish an Islamic caliphate comprising the two countries.

Iraq has been hit in recent months by an eruption of sectarian bombings and killings, mostly directed against Shiite Muslims, Kurds and Christians. ISIS practices a particularly savage form of Sunni fanaticism, carrying out widespread massacres of civilians in both Syria and Iraq.

Mosul is known as the political capital of northern Iraq and is strategically located on the border of the autonomous Kurdish region, home to large oil reserves. The city is a key transit point for exports of Iraqi petroleum. It has been at the center of a power struggle between the central government in Baghdad and the Kurdistan Regional Government over control of the oil in the region.

On Tuesday, Maliki went on television to declare a nationwide state of “maximum preparedness” and request that the Iraqi parliament approve a state of emergency. He did not, however, indicate how or when he would attempt to dislodge ISIS from Mosul. The jihadist group has maintained control of Fallujah and parts of Ramadi since early January, beating back all attempts by government forces to retake the cities.

Officials in Nineveh urged Kurdish authorities to mobilize their peshmerga military force against the ISIS attackers, but Kurdish spokesmen said they had first to receive a request from the central government in Baghdad. The population on the east bank of Mosul, which has as yet not been occupied by ISIS, is mostly Kurdish. Maliki gave no indication of making such a request in his remarks Tuesday.

The ISIS offensive in Mosul has compounded a worsening humanitarian crisis. The United Nations refugee agency reported last week that nearly 500,000 people had been displaced so far this year in fighting, primarily in Anbar Province. The BBC reported Tuesday that some 150,000 people had already fled Mosul. The Mosul refugees are heading to nearby Kurdistan to seek protection from marauding ISIS forces.

The Wall Street Journal quoted Mahmoud Al Taie, a dentist, saying, “The whole of Mosul collapsed today. We’ve fled our homes and neighborhoods, and we’re looking for God’s mercy. We are waiting to die.”

Reuters cited Amina Ibrahim, who was leaving the city with her children. She said, “Mosul is now like hell. It’s in flames and death is everywhere.” Her husband had been killed last year in a bombing. The news agency cited one of its reporters as seeing “the bodies of soldiers and policemen, some mutilated, littering the streets.”

The UN estimates that 8,868 people were killed in Iraq in 2013, the worst death toll since the height of the sectarian fighting in 2006 and 2007. The UN mission in Iraq reported that May was the deadliest month so far this year, with 799 Iraqis killed in violence, including 603 civilians. The past few days, in addition to the fighting in Mosul, have seen ISIS attacks in a number of cities and a wave of sectarian bombings in Baghdad and elsewhere. On Tuesday, bombs exploded near a funeral procession in Baquba, 30 miles northeast of Baghdad, killing at least 20 people.

On Sunday and Monday, offices of the Patriotic Union of Kurdistan and the Communist Party of Kurdistan in Diyala Province, north of Baghdad, were bombed, killing some 40 people in all. ISIS claimed responsibility for these attacks.

Last week, ISIS sent a column of fighters into Samara, a Sunni city that includes a famous Shia shrine, and stormed Anbar University outside Ramadi, taking some 100 students hostage. ISIS withdrew its forces from both places after being challenged by government forces and released most of the hostages taken at the university.

Washington reacted with alarm to the ISIS seizure of Mosul. There are reports that the insurgents gained access to bank deposits and government funds in addition to seizing advanced weaponry, including helicopters and planes, from the fleeing Iraqi troops. ISIS also freed hundreds of prisoners, mostly ISIS and Al Qaeda supporters, who are likely to join the insurgency.

The US has been attempting to isolate and subdue ISIS in Syria, mobilizing other jihadist forces, including the Al Qaeda-linked Al Nusra Front, in order to create the conditions to resume its war for regime-change against Syrian President Bashar al-Assad. It does not want to see ISIS increase its influence in Iraq. The private intelligence service Stratfor reported Tuesday that Washington has accelerated its arming of the Baghdad regime since the fall of Fallujah and Ramadi in January. According to Stratfor, the US has increased its sale of small arms, ammunition and Hellfire missiles to Baghdad, is training Iraq’s special forces in Jordan, and plans to deliver the first F-16 jets to the Iraqi regime before the end of the year.

The US State Department issued a statement saying it was “deeply concerned” by the developments in Mosul and that Washington would “support a strong, coordinated response.”

The statement went on to say that the United Sates would “provide all appropriate assistance to the government of Iraq,” adding that ISIS was “not only a threat to the stability of Iraq, but a threat to the entire region.”

This is the height of hypocrisy and cynicism. US imperialism is entirely responsible for the catastrophe engulfing Iraq, including the rise of forces such as ISIS. The American invasion and nearly decade-long occupation killed hundreds of thousands of Iraqis, wounded countless more, turned millions into refugees and destroyed the economic and social infrastructure of the country.

While the Bush administration fabricated claims that there were ties between the Saddam Hussein regime and Al Qaeda in an attempt to convince the American public that the war of aggression was retaliation for 9/11, in reality there was no Al Qaeda presence in Iraq until after the US invasion toppled the Iraqi government.

Washington deliberately fomented and exploited sectarian differences in order to overthrow the Sunni-based regime of Saddam Hussein and destroy the Baathist political establishment. It then encouraged Shia resentment against the old Sunni-based elite and installed a Shia sectarian government in order to block the emergence of a unified opposition to its neo-colonial occupation. This created a fertile environment for Al Qaeda-linked forces.

In Syria, it has similarly played the sectarian card in its attempt to pit the majority Sunni population against the Assad regime. The US has promoted, financed and armed Sunni jihadist forces such as ISIS to wage the civil war that has devastated that country.