Milwaukee, located on the southwestern shores of Lake Michigan in the state of Wisconsin, is the 30th largest city in the United States, with 600,000 residents and more than 2 million in the metropolitan area.

Milwaukee is one amongst many cities in America’s so-called Rust Belt, including Cleveland, Ohio; Buffalo, New York; Detroit, Michigan and Pittsburgh, Pennsylvania, which have been ravaged by decades of deindustrialization. This has contributed to a dramatic rise in income and wealth inequality, unemployment, poverty, and food insecurity.

The Democratic Party, which has controlled the city since 1960, bears the leading responsibility for the social crisis in Milwaukee. Successive Democratic administrations have overseen decades of budget cuts to public education and other vital social programs while handing out one corporate tax cut and incentive after another in the name of making the city more “business friendly.” For their part, the trade unions—including the United Auto Workers, United Steelworkers and International Association of Machinists—have opposed any fight by workers to defend their jobs, wages and benefits.

Milwaukee manufacturers employed so many people in the first half of the 20th century that the city earned a reputation as the “Machine Shop of the World.” The steep loss of manufacturing jobs over the last four decades coincided with the decline in the world position of American capitalism and shift of the US economy to ever-greater financial speculation.

Manufacturing now accounts for less than 10 percent of the total jobs in the city, down from 36 percent in 1970. Some of the more notable plant closures include farm tractor manufacturer Allis Chalmers in 1985 and A.F. Gallun and Sons tannery in 1993. Auto manufacturer American Motors Company shuttered its Milwaukee Body plant—which at its peak employed 9,000 workers—in 1997. Though Milwaukee is known internationally for beer, employment in brewing has also seen a dramatic decline since the 1980s. The Schlitz brewery closed its doors in 1981, while the Pabst brewery was shuttered in 1996.

Motorcycle manufacturer Harley Davidson, Miller Brewery, lock manufacturer Master Lock and others that have remained in the area have severely curbed employment. After working with the United Steelworkers to impose a concessions contract last year, construction equipment manufacturer Caterpillar laid off more than 600 workers at the former Bucyrus mining equipment plant in the suburb of South Milwaukee. (See: Union rams through sellout deal at Caterpillar South Milwaukee plant).

A steelworker told the WSWS about the wage and benefit concessions wrung from workers. “I work in a money grubbing place, which says we make too much money. I lost faith in my union a long time ago. They take your money for dues, and then they work for the company. In the last contract I lost my pension. It’s the government that’s doing a lot of this, working with the corporations. I think it’s going to become like it is in other countries. People get fed up with this stuff and they light it up.”

Milwaukee saw a fall in median household income by 25 percent between 1979 and 2010. According to a report by the Employment and Training Institute in 2012, there was a 12 to 1 income disparity between families in Milwaukee County’s wealthiest and poorest zip codes.

The city’s jobless rate in April was 8.3 percent, well above the Wisconsin rate of 5.8 percent. Nearly 30 percent of the population languished below the poverty line in 2012, up significantly from a poverty rate of 11.2 percent in 1970. Average per capita income in Milwaukee was a little more than $19,000 in 2012.

The decline in employment rates among workers in the city cuts across racial lines. The percent of white males in Milwaukee who were employed declined from 85.9 percent to 77.4 percent during the same period. These figures highlight the large numbers who have fallen out of the workforce altogether, a process that escalated after the economic meltdown in 2008. 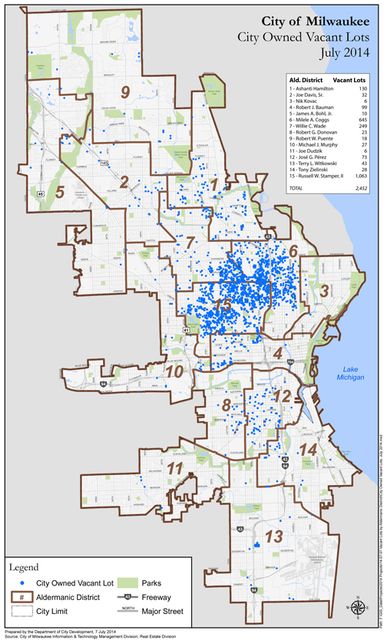 Many of Milwaukee’s neighborhoods are in a state of blight and decay that would have been unimaginable forty years ago. Impoverished neighborhoods are pockmarked by more than 6,400 vacant lots, where homes and businesses once stood, with an additional 3,000 vacant buildings.

African American neighborhoods have been particularly squeezed by the foreclosure crisis. Thousands of residents have had their homes seized by the banks for non-payment or by the city for unpaid property taxes. The number of tax-foreclosed properties owned by the has city increased more than 13 times, from approximately 70 in 2008 to more than 1,000 this year. 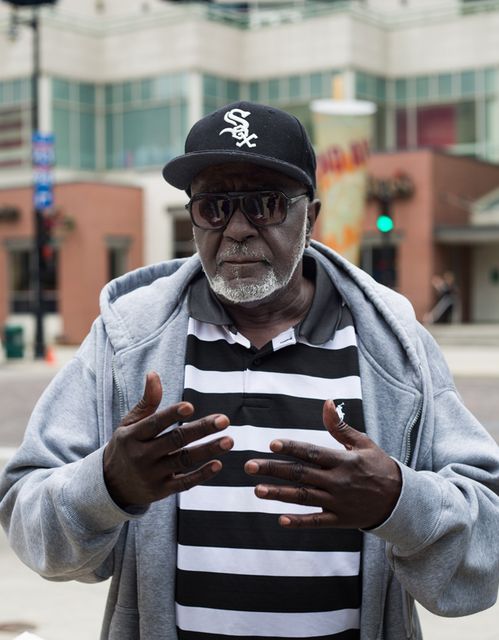 “Its hard times out here, there isn’t any money,” said Ronald, a food cart vendor in the downtown business district. “You should see all the housing units that are boarded up in this city. Mayor Tom Barrett said they were going to open up some construction job sites, but we need more than that. There are a lot of people out here without jobs. It’s going to take a whole lot to turn things around. Young people need help, they are losing their lives.”

In the last decade there has been growing demand for food stamp programs and local food pantries. The number of food stamp recipients in the state rose from a monthly average of 329,033 in 2004 to 842,335 in 2014.

At the same time that demand for food assistance grows, cuts by the Obama administration and Congress to the Supplemental Nutrition Assistance Program (SNAP) in late 2013 reduced the maximum food stamp benefit for a family of four in Wisconsin from $668 a month to $632 a month. The most recent Federal Farm Bill, which cut an additional $8.7 billion from SNAP over the next decade, eliminated a $90 voucher given to families receiving utility assistance.

“They cut my food stamp benefits; it went from $360 a month to $200 something,” said Kawanda, a student at a local for-profit college. “Now I sometimes only eat once a day, but as long as my son eats, I’m OK.” 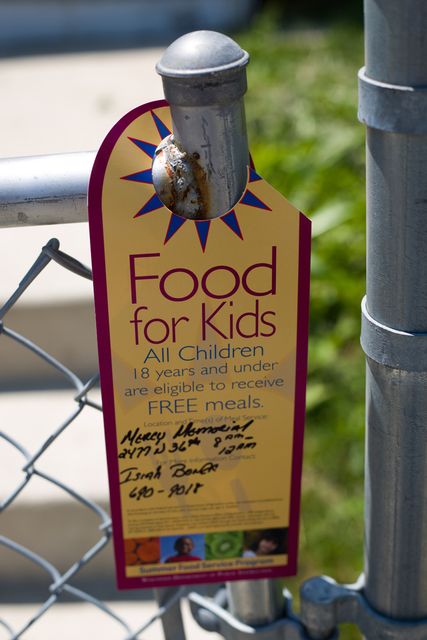 The Metcalfe Park neighborhood, where Master Lock currently operates an assembly facility, is one of the poorest sections of the city. President Barack Obama spoke at the facility in 2012, hailing the “insourcing” of a handful of low-wage jobs to the facility as the model for industrial employment in the US. (See: Obama at Master Lock: “Insourcing” for cheap labor).

The total number of Metcalfe Park residents employed in manufacturing declined from 2,949 to 496 between 1970 and 2000. Nearly 60 percent of the neighborhood’s working-age residents are either unemployed or have dropped out of the labor force. Between 2000 and 2010, the percentage of neighborhood residents living below the poverty line rose from 24.8 percent to 34.3 percent.

Otis McCoy, an unemployed worker, spoke about the consequences of high unemployment and tenuous income. “I want to be working. I fill out applications and put down desired starting pay at $10 an hour and I wonder if they think that is asking too much. When I or anyone else puts in applications, we almost never get calls back. So I cut grass and do other odd jobs around the community. It’s really hard and it’s only going to get worse.

“The economics of it is messed up. You can go to work for a temp service for four months, and when you approach the end where you qualify for a permanent position, they lay you off.”