Pride: The UK miners’ strike through the distorted mirror of identity politics

Pride, a film set during the 1984-85 British miners’ strike, is described by its director Matthew Warchus as a “classic romantic comedy” about “gay activists and striking miners.”

The film is based on the formation, during the strike, of the Lesbians and Gays Support of the Miners (LGSM) group. 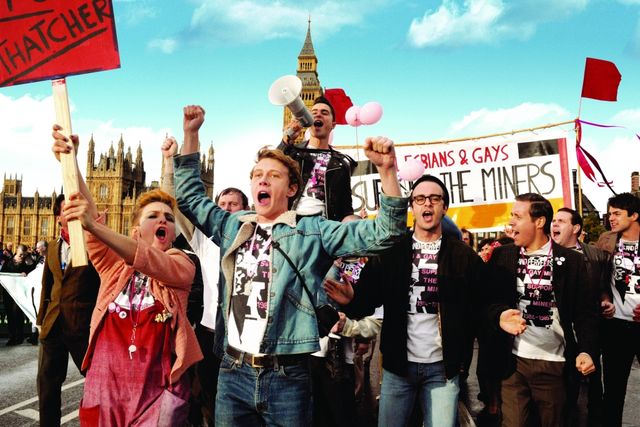 The film has been well received in Britain and was the third highest-grossing release on its opening weekend. Many viewers have responded positively to a work that emphasises, in an often humorous way, that solidarity and tolerance are principles worth fighting for. It is helped too by a strong cast, including British actors Bill Nighy, Imelda Staunton, Paddy Considine and Dominic West, as well as the American actor Ben Schnetzer (The Book Thief) who plays its main character Mark Ashton, the LGSM’s leader.

But Pride is problematic on a fundamental level.

The miners’ strike was the most important industrial and political struggle waged against the Conservative government of Margaret Thatcher. In March 1984, the majority of Britain’s 180,000 miners began a militant action characterised by the ferocious determination that had placed them historically in the forefront of the struggles of the working class, including strikes in 1972 and 1974 that ended with the downfall of the Tory government of Edward Heath.

The miners were fighting a government determined to crush them by using the full force of the state. Some 20,000 miners were injured or hospitalised, 13,000 arrested, 200 imprisoned, two were killed on picket lines, three died digging for coal during the winter and 966 were sacked. It was not the fierce repression, however, that defeated the strike in the end. The miners were left to fight on their own for a year, due to the treachery of the Trades Union Congress (TUC) and its affiliated unions and the Labour Party, which bitterly opposed a struggle to bring down the Thatcher government.

This betrayal was never challenged politically by President Arthur Scargill and the Stalinist leadership of the National Union of Mineworkers, who confined the miners to a perspective of picketing pits and power stations, or by Britain’s pseudo-left groups. The defeat of the strike ended in the destruction of mining communities throughout the country as one pit after another was shut down. It laid the ground for a sustained offensive against the working class that has lasted until this day, during which the right-wing course so graphically displayed during the strike has ended in the transformation of Labour into an overtly pro-big business party no different to the Tories and of the unions into a de facto arm of corporate management.

There are many stories that could be recounted about the miners’ struggle, a source of immense human drama, and there is no reason why such works would have to be narrowly conceived works of agitprop. However, to be artistically truthful and enduring, any work about the bitter conflict would have to address, in some fashion or other, its essential, albeit complex, political realities and social contradictions. 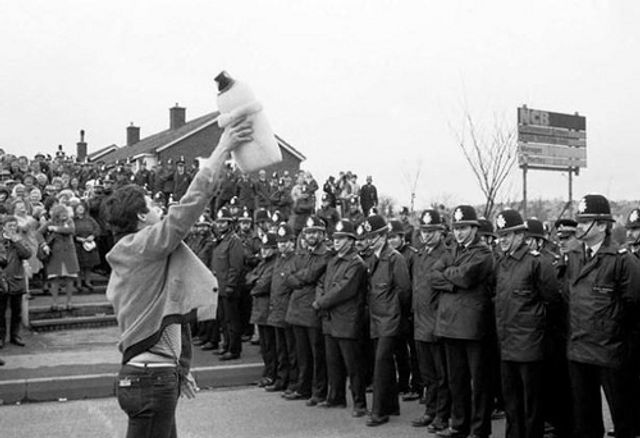 The problem with Pride is that it does not make any serious attempt to do any of that and its own (largely concealed or unstated) politics and social outlook indeed militate against such an attempt.

The premise of the film is that a group of young gays and lesbians decide, under the initiative of Ashton, to support the miners financially by raising money. They then travel to the mining village of Onllwyn in the Dulais Valley in South Wales to hand over their collection. In the process, their actions challenge the supposed prejudices of the miners including expressions of overt homophobia.

What is left out of this depiction is the political affiliations of those involved in LGSM. Ashton’s role as a leading figure in the Young Communist League, the youth movement of the Communist Party of Great Britain (CPGB), was omitted from the film, according to the lame excuse offered to the Observer, “so as not to alienate American audiences.”

The other key figures involved in LGSM were also either CP members or members of various pseudo-left groups. LGSM founding member Ray Goodspeed commented, “I’d been in the Militant for ten years … Mark [Ashton] was the General Secretary of the Young Communist League, the Communist Party youth organisation. Some of us, entrists in the Labour Party, met regularly as an organisation called Lesbian and Gay Young Socialists.”

The film’s protagonists, in other words, were politically affiliated to the very groups that facilitated the miners’ defeat at the hands of the labour bureaucracy. And, in fact, their espousal of middle class identity politics played its part in this.

LGSM’s emergence from within the Labour Party in London is key to understanding why. The CPGB pioneered an open repudiation of class-based politics and an embrace of various forms of identity politics. Its theoretical journal Marxism Today spoke of a “Post-Fordist society” in which Thatcherism was the new “radicalism.” In reality, identity politics was increasingly pervasive within petty-bourgeois left circles and was heavily promoted and funded by the Greater London Council under the leadership of Ken Livingstone.

To some of those involved in LGSM, intervention in the strike was used more as an occasion to raise their own concerns than it was to advance a perspective that met the needs of miners and the working class. One former LGSM member commented, “In the film we’re depicted as good, fluffy people supporting the miners but there was a clear strategy on Mark’s part to align himself with the labour movement in order to get gay politics, sexual liberation, HIV and Aids treatment on to the political agenda.” 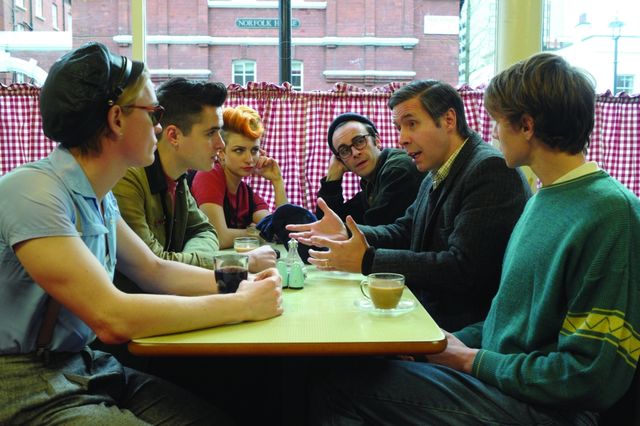 Meanwhile, the message delivered by LGSM and its constituent parts was that the miners should place their hopes in a moral appeal to layers of the radical middle class, as opposed to a struggle against the betrayal of the Labour Party and TUC unions. Hywel Francis, another former Stalinist, now a Labour MP, said of the guiding ethos of LGSM, “We sought to broaden the struggle beyond the picket lines to what we called an anti-Thatcher broad democratic alliance.”

Pride’s claim that the LGSM should be celebrated because it broke down ingrained anti-homosexual prejudices is at best an exaggeration and at worst a smear against the vast majority of miners—a section of workers with long and proud socialist traditions. Indeed those involved with Pride have been forced to acknowledge that the depiction of how the group were at first received with suspicion, incomprehension or hostility in Wales, was made up. Goodspeed, for example, has commented, “[T]he antagonism towards us in Dulais has been exaggerated for dramatic effect. The welcome we received was actually even better than in the film, which also downplays the extent to which the original members were actively involved in the organised left.”

The miners went everywhere they could to appeal for support and no one can cite a single significant incident where issues related to race, gender or sexual preference played a negative role. Rather, the miners were proud of the broad support for their cause evidenced by the millions of pounds they collected in donations. The problem was that this still left them at the mercy of a politically rotten leadership and ended in their being starved back to work after a year of heroic sacrifice.

The underlying purpose of Pride is to write an obituary for a supposedly bygone era of the class struggle. In his review of the film, “A donkey jacket and sideburns revolution is no longer possible,” journalist and television commentator Paul Mason, who describes himself as a former “Leftie activist” and who was a member of the Workers Power group, asserts, “While the social upheaval of the 70s and early 80s destroyed working-class identity, it gave birth to a new liberation.”

Mason notes how appalled he was by “the macho, boozy working-class culture that surrounded us” and the “world of repression, pointless hierarchies, sexism, racism and absolutely rampant homophobia.”

He is thankful that this era is over and has led to “the sexually liberated, individualist and networked generation of today… The social laboratory of the self is open for business and nothing’s going to shut it down.”

Overall, Pride leaves behind a sour taste. It seems almost indifferent to the eventual defeat of the miners’ strike, ending as it does by depicting a celebratory 1985 Gay Pride march in London.

Indeed, in a recent interview, Pride screenwriter Stephen Beresford commented, “[W]e’ve got full equality under the law which is what everybody fought for, so we are in a much, much better place. It’s easy to say gay men should be more political but in a way, what everyone has been fighting for is for them to be less political, because what we want is a world where being gay is totally unremarkable. And when a Conservative prime minister flies a rainbow flag over the cabinet office on the day equal marriage is made law, that is an extraordinary thing to be happening.”

Hardly any comment is required in response to such a selfish and complacent outlook. It cannot possibly produce a work that deeply resonates with the millions of working people who are even now under attack by Thatcher’s heirs with the ongoing connivance of the Labour Party and the trade unions.