The 100th anniversary of the World War I Christmas truce

December 24 marks the 100th anniversary of one of the most poignant moments of the First World War, the Christmas Truce, (Weihnachtsfrieden in Germany, Trêve de Noël in France).

On December 24, 1914, a spontaneous ceasefire broke out across the Western front that stretched 440 miles from the border of Switzerland to the North Sea. The event was extraordinary, given the wave of jingoist reaction employed by all the belligerent powers—Germany, France, Russia and Britain—to justify their recourse to war just months before, beginning on July 28. 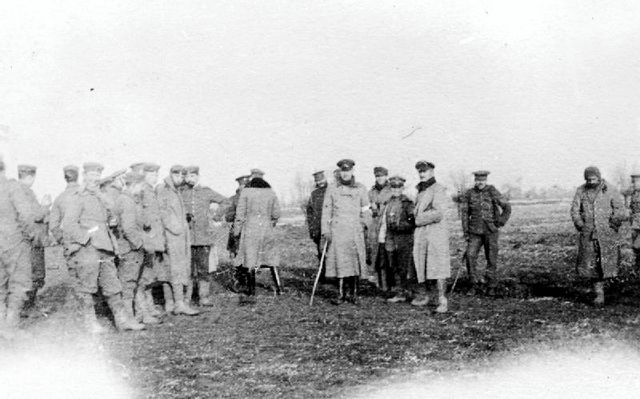 German imperialism invaded Belgium and Luxembourg and then swung south across the border into France, intent on winning a quick victory over its opponents on the Western front, Britain and France (planned to be completed in six weeks), before turning its attention east to Russia.

British imperialism and French imperialism, while thrown on the defensive militarily by the rapid initial German advance, eventually stabilised the front and began to mobilise the resources of their colonial empires, while imposing a crippling naval blockade on food supplies to starve the German population.

By December, all that had been achieved was a bloody and uneasy stalemate. Hundreds of thousands of men, dug into cold, wet and rat-infested trenches, faced each other across “enemy lines,” sometimes just a few feet apart. It was clear that the war would not be over by Christmas as claimed. The great slaughter had only just begun.

It was under such conditions that a number of unofficial truces broke out. Beginning on Christmas Eve, an estimated 100,000 soldiers along the Western front laid down their arms and fraternised in no-man’s land between the lines of trenches.

For 48 hours, and in a few instances even longer, they sang carols and exchanged cigarettes, food and personal mementos. Photographs of fraternising British and German troops along with soldiers’ letters home are witness to the event. 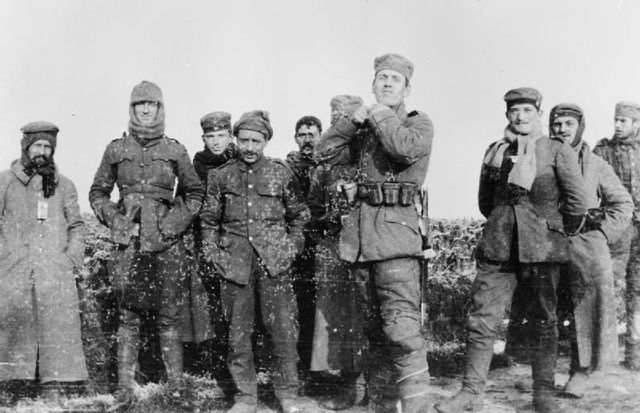 The Christmas truce was by no means universal. The slaughter continued in many sectors and it was on December 24, 1914, that the first German bomb struck on British soil, in Dover. In some instances, the lull in hostilities lasted only hours—just long enough to enable the retrieval and burial of the corpses lying in the freezing and desolate wasteland.

The event is mainly remembered today for the Christmas day “friendly” football match, involving British and German troops. Whether such a large-scale kick-about really occurred, and where, is disputed—although there is evidence of smaller matches taking place.

But the ceasefire was undoubtedly symptomatic of wider and developing anti-militarist sentiment. As Wikipedia notes, the Christmas truce was not “unique, but…the most dramatic example of non-cooperation with the war spirit that included refusal to fight, unofficial truces, mutinies, strikes, and peace protests.”

The warring elites of all nations were united in the determination to stamp out such actions. Within days, the German, British and French High Commands served anti-fraternisation orders, carrying the heaviest penalties. Among those denouncing the ceasefire was Corporal Adolf Hitler of the 16th Bavarians: “Such things should not happen in wartime. Have you Germans no sense of honour left at all?” he complained.

In Britain, the Christmas truce has long been regarded as a symbol of the horror and futility of war and the mass rejection of patriotic fervour.

That accounts for the flood of complaints for the recent Christmas marketing campaign by the supermarket chain Sainsbury’s. Its advert, in which well-kempt German and British soldiers emerge from their respective trenches to play football and exchange chocolate in a no less pristine no-man’s land, deservedly earned opprobrium.

More cynical and grotesque still are the attempts of Britain’s ruling elite to appropriate the truce for its own ends.

The UK is at the forefront of NATO provocations against Russia. Simultaneous with its announcement this month that British forces will be returning to Iraq in the New Year, it was disclosed that Britain is constructing a new military base in Bahrain—its first permanent base in the Middle East since 1971. The base is considered critical for facilitating Washington’s military build-up against Russia and China.

This has given a new urgency to efforts on the part of the bourgeoisie to “reinterpret” the First World War as a means of legitimising new imperialist wars of aggression.

And on, December 19, Chancellor George Osborne announced he would waive Value Added Tax on the charity tribute to the truce, All Together Now, recorded by The Peace Collective. Osborne said that it was “only right that we use the centenary of the Christmas Truce of 1914 to commemorate our soldiers who fought for this country in the First World War, and to support our brave forces who are still fighting to defend Britain.”

No doubt the artists involved are dismayed at Osborne’s comments. The track was originally written by The Farm’s Peter Hooton in tribute to the 1914 fraternisation. Hooton has said of the Christmas truce, “It was a spontaneous act of humanity that transcended the horrors and barbarity of World War One and is a story which still resonates 100 years on. It is a story of hope and peace which should be told over and over again.”

But it is the fact that this spontaneous act was so short-lived and ultimately fruitless that gives it such pathos. Not only did the carnage resume, it took on even more murderous proportions. By its end, in November 1918, World War I had claimed the lives of 16 million people, making it one of the most deadly conflicts in history.

The enduring lesson of the Christmas truce, which has burning relevance today, is that the spontaneous, instinctive international solidarity displayed by the soldiers had been betrayed months before by the Second International, the international movement of working-class parties that had been pledged to oppose imperialist war.

At its congress in Basel in 1912, the representatives of Marxist and socialist parties had warned of the dangers of war and resolved to do everything possible to prevent it. In the event that this proved impossible, its international sections pledged to utilise the crisis created by war to hasten the overthrow of capitalism.

That commitment was shattered when, on August 4, 1914, the German Social Democratic Party (SPD)—the largest and most influential section of the Second International—voted in favour of war credits to the Kaiser. “On August 4, 1914, German social democracy abdicated politically, and at the same time the socialist International collapsed,” Rosa Luxemburg wrote.

Other sections were to follow, all but the Serbian and Russian socialists. The most intransigent opponents of the war were the Bolsheviks, led by the Vladimir Lenin.

Responding to news of the Christmas fraternisation, Lenin posed the question as to what would have been the result if the leaders of the Second International, rather than “aiding the bourgeoisie,” had formed “an international committee to agitate for ‘fraternisation and attempts to establish friendly relations’ between the socialists of the belligerent countries, both in the ‘trenches’ and among the troops in general” (Lenin: “The Slogan of Civil War Illustrated,” March 29, 1915).

Analysing the roots of the world war in the historic crisis of world capitalism, Lenin insisted that a new international must be constructed to act on the revolutionary tasks of the epoch of imperialism.

This Third International, he insisted, could only be formed through the most implacable struggle against all forms of national opportunism—not only those in the Second International who openly deserted to the camp of their “own” bourgeoisie, but those on the “left” who sought to cover for them.

It was on this perspective that the Bolshevik Party, under the leadership of Lenin and Leon Trotsky, carried through the Russian Revolution in October 1917. Conceived of as the opening shot in world socialist revolution, it was the seizure of power by the Russian working class that was to realise the aspirations expressed in the Christmas truce and force an end to the war.