In recent days, reports from the American Association for the Advancement of Science (AAAS) and the United Nations Institute for Training and Research (UNITAR) have revealed extensive destruction and looting of Syria’s archaeological sites and treasures. The scale of the damage exceeds by far that in Iraq following the 2003 US-led invasion and occupation of the country. 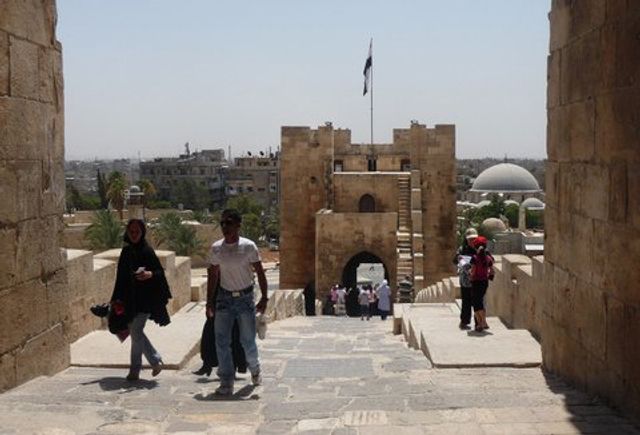 Gates to the Aleppo citadel from the inside

Syria is the home of the world’s first settled agricultural communities and the huge social and intellectual development that took place in the aftermath of such settlement. Its two major cities, Damascus and Aleppo, are among the world’s oldest—if not the oldest—continuously inhabited cities. It has one of the world’s longest and richest cultural histories, having been the cradle of many civilisations, with six UNESCO world heritage sites and a further six nominated for UNESCO listing.

There are at least 3,000 archaeological sites, many along the banks of the Euphrates River in eastern Syria, where continuous fighting between rival civilisations and trading empires occurred. Few have been thoroughly excavated due to their number, Syria’s poverty, and the country’s pariah status in recent decades.

But since the civil war erupted in 2011, these heritage sites have been plundered by all sides, as government forces have been unable to protect them. The “rebel” forces, Islamist fighters, the Syrian army, regime loyalists and impoverished civilians are all implicated.

The destruction of the country’s patrimony means its history can never be studied and made available to future generations.

UNITAR, the UN’s training and research arm, using commercially available satellite images, compared Syria’s archaeological and cultural sites in the last few months with earlier images. It found that 24 sites have been completely destroyed, 189 severely or moderately damaged, and a further 77 possibly damaged.

All six of the World Heritage sites have been damaged during the civil war. Among these are the minaret in the Umayyad mosque in Aleppo and the city’s fabled souks—the world’s largest covered historic market. Aleppo had long been an important trading centre due to its strategic location towards the end of the Silk route from China while fairly close to Mediterranean ports and the markets of Europe. 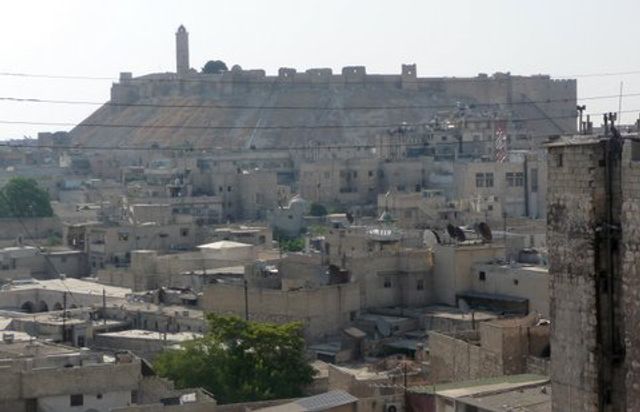 In a number of cases—the world-famous Crusader Castle of Krak des Chevaliers, the citadel of al-Madiq castle, and the citadel of Aleppo itself—armed fighters took refuge behind ancient fortresses that were then blasted by government forces in hot pursuit. Similarly, pitched battles fought among the “Dead Cities”—the 700 or so Greco-Roman towns near Aleppo believed to have been abandoned due to changing trading patterns during the Middle Ages—have led to their destruction.

Army occupation, encampment and the movement of materials for construction have also led to extensive damage. The World Heritage sites of Palmyra and Bosra, founded in the 20th and 14th centuries BC respectively, with their extensive Roman ruins, have suffered as a consequence of such action by government forces, as well as looting and illegal excavations.

A UNITAR spokesperson said, “The evidence provides alarming testimony of the ongoing damage that is happening to Syria’s vast cultural heritage,” adding that “National and international efforts for the protection of these areas need to be scaled up in order to save as much as possible of this important heritage to humankind.” 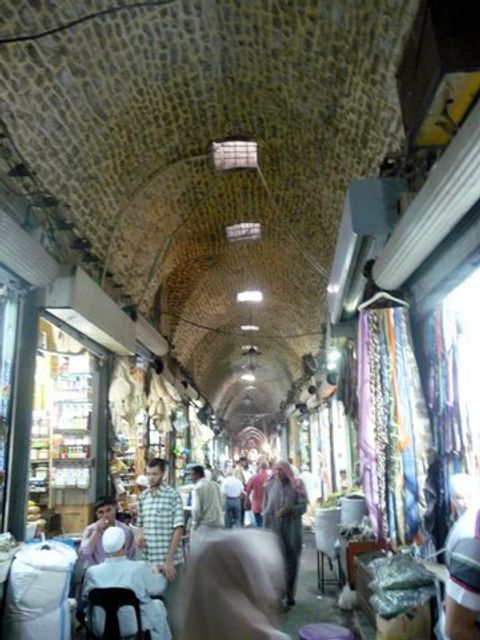 The AAAS report states that four of the UNESCO sites have suffered extensive damage and three have been pillaged. Citing images of what look like excavation vehicles, along with thousands of pits where impromptu digging appears to have occurred, the authors say the looting “appears to have ramped up during the last year.” In Apamea, an ancient city site nominated for UNESCO listing, thousands of crude holes have apparently been dug by looters.

The report says that the most affected site is the ancient garrison and trading city of Dura-Europos, whose roots go back to the 3rd century BC. Situated on the west bank of the Euphrates River, it was influenced by the ancient Greeks as well as Romans and Persians. It houses a well-preserved synagogue, whose world-famous paintings are in the National Museum in Damascus, and an ancient chapel with paintings of Jesus thought to have been produced in 235 AD.

The AAAS report finds that damage to one of the proposed World Heritage sites, the city of Raqqa, now the stronghold of the Islamic State of Iraq and Syria (ISIS), was probably not the result of either fighting or looting, but rather of demolition. The city, founded in 300 BC, briefly served as the capital of an Islamic empire that stretched from Central Asia to North Africa. 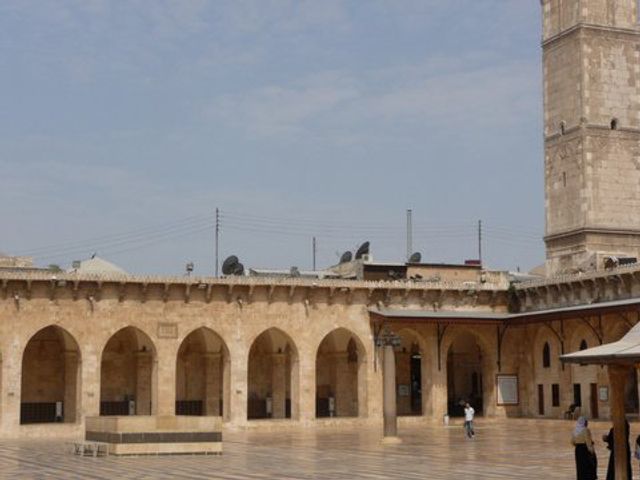 The Aleppo mosque. The minaret on the right has been destoyed.

According to Michael Danti, an archaeology professor at Boston University, the report adds to evidence that the level of looting in the nearly four-year-old civil war “is virtually unprecedented” in modern history.

ISIS is widely believed to have destroyed historical treasures in Iraq and Syria, including churches, mosques and religious shrines that do not conform to its own interpretation of Sunni Islam. Western media routinely cite claims that the group has made tens of millions of dollars to finance its activities from the theft and sale of artefacts. In Iraq, it reportedly controls over 4,000 archaeological sites.

But such estimates are unverifiable and improbable. At the very least, this would imply the sale of hundreds of thousands of antiquities, since without a certificate of provenance (verifiable ownership) they generally have little value. While there is incontrovertible evidence of the damage wrought by ISIS, such wild estimates are undoubtedly being used as additional propaganda to justify the new US-led war in Iraq and Syria.

The destruction, both wanton and incidental by all sides in the civil war, as well as the looting of Syria’s world heritage sites, highlights the criminal character of the imperialist intervention. In the past three-and-a-half years, the imperialist powers have backed right-wing Sunni Islamist forces that have pursued a policy of ethnic and sectarian cleansing in their attempt to bring down the regime of Bashar al-Assad. They have done so as part of their strategy to recolonize Syria, prepare for war against Shiite Iran, and dominate the energy-rich region at the expense of their rivals, Russia and China.

US imperialism and its European and regional allies have financed and supported the Syrian “rebels.” These are dominated by ISIS, an Al Qaeda offshoot, which has terrorized Syria’s numerous religious and ethnic minorities.

Nearly a quarter of a million people have been killed in the fighting, while a similar number have died as a result of malnutrition and untreated illnesses. Up to a third of the country’s 27 million people have fled their homes. More than 6.5 million people are internally displaced, while about 1.5 million have gone to Turkey, 1.1 million to Lebanon, 650,000 to Jordan and 200,000 to Iraq.

The current US-led bombing campaign not only directly threatens the lives of thousands more Syrians, both civilians and soldiers, but paves the way for attacks on Damascus—an ancient city with a long history of religious and cultural diversity.