An aging fishing boat packed with hundreds of refugees, mostly ethnic Rohingya fleeing poverty and violent persecution in Myanmar (Burma), is drifting further out to sea on Friday, after the government in Thailand prevented it from reaching land.

The vessel, which had already been refused entry by multiple governments, was filled with emaciated passengers, including children and teenagers, who shouted and begged for food and water as journalists approached the craft.

The migrants had already endured months of kneeling in densely-packed holds below deck, without access to regular meals or basic amenities. Migrants were forced to hand over nearly $2,000 for a place on the boat. While out at sea, the Rohingya then faced robbery and blackmail at the hands of both the traffickers and criminal gangs that patrol local waters.

After dropping off a small amount of supplies via helicopter next to the migrants’ ship, Thai military forces directed the boat to continue further out to sea, a move which has highlighted the flouting by governments worldwide of international laws upholding the right of asylum.

Another vessel ran aground on Indonesian soil Thursday, where its more than 600 passengers, nearly 60 children among them, disembarked and are being held at an Indonesian state-run compound.

The Rohingya are now likely to remain stranded and effectively stateless for a period of months, at least, as they navigate the application process for UN refugee status.

Such incidents are multiplying throughout the area, with at least two other boats carrying hundreds of migrants making landfall in Indonesia Friday, amidst threats by Thailand and Malaysia to turn away any further boats carrying migrants and displaced persons.

Increasingly violent persecution of the Rohingya by Myanmar’s military-backed regime, combined with laws making it virtually impossible for ethnic minorities to find work, are fueling a growing exodus by large sections of Myanmar’s 1.3 million Rohingya. More than 120,000 have placed their lives in the hands of human traffickers based on the mere possibility of employment in sweatshops in neighboring countries such as Thailand, Malaysia and Indonesia. 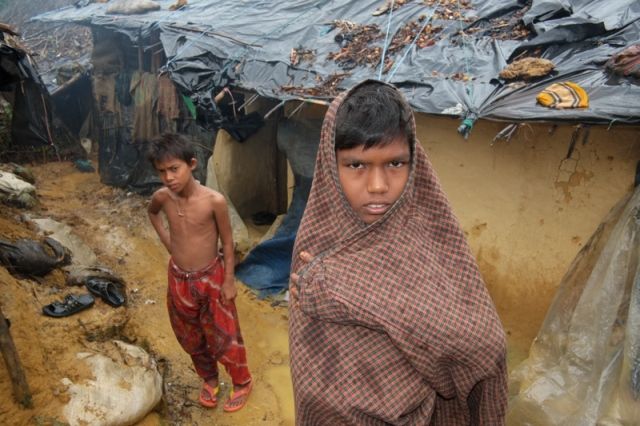 During the journey, migrants are frequently subject to violent extortion at the hands of criminal organizations and the traffickers themselves. If interdiction by security forces appears likely, the crew of traffickers frequently abandons passengers to their fate.

The Indonesian military is preparing to “push back any boat that wants to enter Indonesian waters without permission, including those of boat people like the Rohingya,” a top Indonesian general said Wednesday.

Dozens of dead Bangladeshi and Burmese migrants were found in mass graves in Thailand earlier this month, prompting an investigation and crackdown that has implicated high-ranking officials of regional governments in the trafficking operations.

The savage treatment of the Rohingya migrants is an acute manifestation of a growing international refugee crisis comparable in scale and brutality to that produced by World War II.

Worldwide, some 38 million people were displaced from their homes as of December 2014, with the total surging by nearly 11 million in 2014 alone, according to a recent report from the Internal Displacement Monitoring Center (IDMC). Vast swathes of humanity are fleeing the fallout of decades of imperialist violence only to find themselves trapped in heavily-policed camps and holding pens.

Data compiled by the IDMC makes clear the primary responsibility of US imperialism for the global displacement of tens of millions around the globe. Iraq saw the largest growth of displaced in 2014, with some 2.2 million Iraqis leaving their homes to escape fighting between government forces and Islamic State of Iraq and Syria (ISIS). 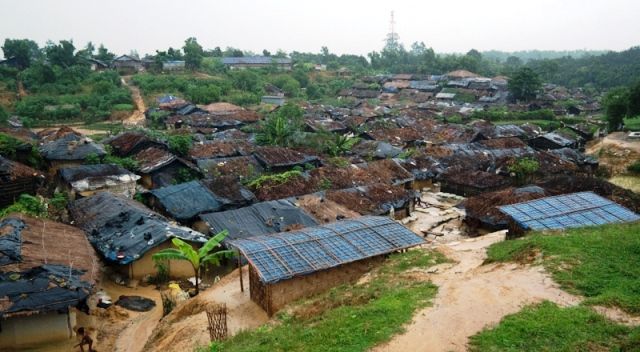 The US-fomented civil war in Syria, out of which ISIS and a panoply of other extremist militias have emerged, has killed as many as 300,000 Syrians and displaced some 7.6 million from their homes since 2011. The number of displaced is now approaching 40 percent of the Syrian population.

Across Africa, where decades of US machinations have fueled a state of continuous civil war, some 2.8 million are currently displaced in the Democratic Republic of Congo, 1.3 million in South Sudan, 1.1 million in Somalia and more than 1 million in Nigeria.

America’s main ally in the Pacific, Australia, has taken the initiative in developing new authoritarian policies for “managing” the surging number of displaced and refugees.

Under the banner of the “stop the boats” campaign, Canberra is pioneering militarized refugee policies that blatantly violate the International Refugee Convention, which prohibits governments from refusing entry to individuals fleeing persecution in their own countries.

Through military-police operations, Australia has forced mass “re-settlement” and the development of a network of detention facilities for warehousing the growing population of refugees. This includes a detention camp on Manus Island in Papua New Guinea that has become notorious for the abuse of refugees.

Over the past year the Australian government has used navy ships to force refugees seeking asylum to return to Indonesia, in some cases in small lifeboats. In other cases, refugees intercepted at sea have been handed over to the authorities in the countries from which they fled.

Governments worldwide are adopting similarly barbaric practices in an effort to shift the costs of the refugee crisis onto rival states and hone techniques to be used for mass repression against their own working classes.

The European Union announced Monday that it is preparing military measures to stem the growing flood of migrants fleeing war and economic collapse in Africa. Measures proposed this week in an EU strategy document include air strikes and special force deployments against areas in Libya that currently serve as a staging ground for traffickers and refugees preparing to cross the Mediterranean.

Israel’s government, which describes migrants as “infiltrators” in its official documents, announced this week that tens of thousands of refugees from Eritrea and Sudan must return to their home countries or face prolonged prison sentences. Thousands of displaced Africans who fled to Israel are already living inside a special fortified camps in the hinterland, where they are banned from taking employment and are subject to harsh discipline including actual imprisonment if caught violating their curfew on a single occasion.

The worldwide persecution of refugees
[14 May 2015]