The following photographs were taken by freelance photographer John Hulme at the Leda camp for Rohingya Muslim refugees in Bangladesh in 2012. Hulme has spent the past two decades exposing the plight of immigrants, refugees and the poor in South East Asia. 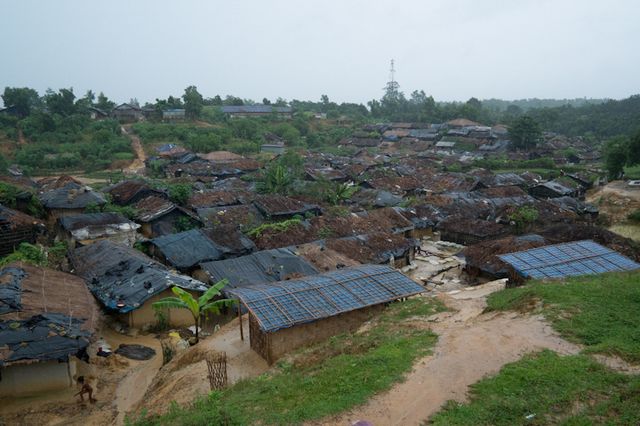 Leda is an “unofficial” settlement with a population of about 15,000 people. It is located near the port town of Teknaf on Bangladesh’s border with Burma/Myanmar. According to the UN, the Rohingya, who have lived in Burma and Bangladesh for centuries, are “one of the world’s most persecuted minorities.”

There are about 750,000 Rohingyas in Burma, mainly in Rakhine state, with over 140,000 held in camps for internally displaced persons. Stripped of their citizenship by the Burmese government in 1982, the poverty-stricken Rohingya are subjected to ongoing violence and sustained persecution.

Even as the US established closer relations with the Burmese military regime in 2012, hundreds of Rohingya were killed and tens of thousands rendered homeless in months of state-sanctioned anti-Muslim attacks in Rakhine. Aung San Suu Kyi, who leads the opposition National League for Democracy, refused to defend their democratic rights.