Notes on police violence in America

The circumstances surrounding the death of Sandra “Sandy” Bland while in police custody remain very murky. Bland, 28, was found hanging in a Waller County, Texas jail cell on Monday morning, after being arrested last Friday for allegedly kicking a police officer during a routine traffic stop. 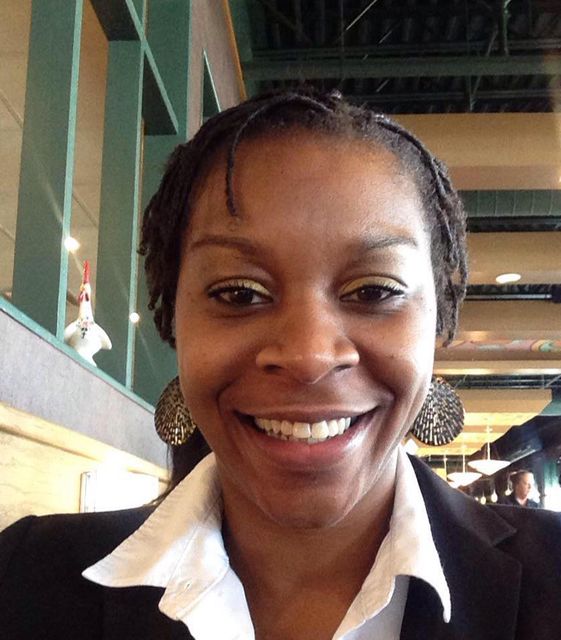 Waller County Sheriff Glenn Smith claims that she committed suicide through hanging, but friends and family insist that there was foul play. They maintain that Bland would never harm herself, especially as she was set to begin a new career in student outreach at her alma mater, Texas Prairie View A & M, starting in August.

The Bland family stated at a Thursday press conference that they question the official account that she died of suicide by hanging. Her older sister, Sharon Cooper, declared, “Based on the Sandy that I knew, that’s unfathomable to me.”

Sheriff Smith, who oversaw the in-custody death of Bland, has a history of racism and bigotry. He was suspended for two weeks in 2007 for racist remarks, and fired roughly a year later, allegedly due to continuing racism.

Smith has been the principal media correspondent. He said that jailers saw Bland at 7 a.m. Monday and again at 8 a.m. Smith claims she was found hanging an hour later, at which point, paramedics applied CPR. She was pronounced dead shortly thereafter.

On Wednesday, bystander footage of Bland’s arrest was released prompting calls by supporters of Bland for a US Department of Justice investigation into her death.

In the video, Bland is seen lying face down on the side of the road, with two officers standing above her, one with his knee seemingly in her back. The other officer walks away, and upon realizing that someone is filming the arrest he repeatedly tells them “you need to leave.”

In a shaky voice, Bland can be heard saying “You just slammed my head into the ground, do you not even care about that? I can’t even hear!” As the officers drag her away to be taken into custody, she yells “You slammed me into the ground and everything!”

A friend of Bland’s, Malcolm Jackson, witnessed the encounter and told ABC7 that the police used excessive force during the entirety of the traffic stop. Jackson asserts that “After he pulled her out of the car, he forced her and tossed her to the ground, knee to the neck, and arrested her.”

Many of those who dispute the police account of Bland’s death point to the fact that she had been a vocal advocate of the Black Lives Matter protests against police brutality. She frequently posted video commentaries on her Facebook page. In one such video, she said “In the news that we’ve seen as of late, you could stand there, surrender to the cops, and still be killed.”

With news of her death spreading, Twitter feed #SandraBland now has over 200,000 tweets, with a typical comment reading, “Who goes on a job interview, gets hired, and commits suicide in a jail cell after being arrested for a routine traffic stop?” 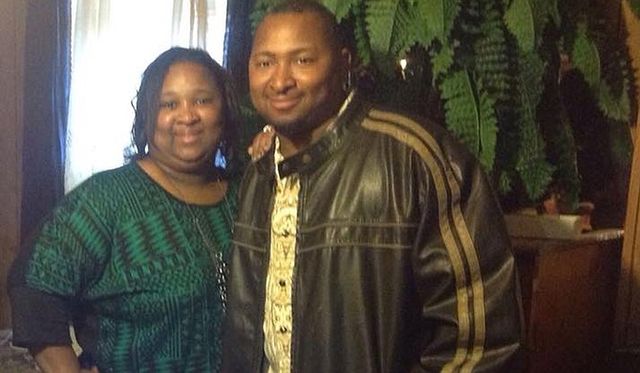 Jonathan Sanders with his mother Frances

The family of Jonathan Sanders, killed by police officer Kevin Herrington in Stonewall, Mississippi on July 8, asserts that it was a racially motivated killing. Despite the autopsy revealing that Sanders’ death was a homicide by strangulation, police maintain that the brutal killing was merely “a fight.”

Lawyers for the family claim that Sanders, 39, initially saw an altercation between Herrington and one of Sanders’ friends and asked Herrington to leave the man alone. A witness told the attorneys that after Sanders, a horse trainer, left in his horse-drawn buggy, Herrington said “I’m gonna get that n****r.”

Three eyewitnesses, who are related to Sanders by marriage, claim they viewed the ensuing altercation from their home, not knowing at the time that Sanders was the victim of the police brutality. They allege that Herrington turned on his patrol car lights when he was directly behind Sanders, which startled his horse and caused it to sprint, throwing Sanders off his buggy.

One of Sanders’ attorneys, C.J. Lawrence, told The Huffington Post, “Jonathan immediately began to run after his horse, unaware of what was going on behind him. Herrington proceeded to chase Jonathan.”

When Herrington reached Sanders, witnesses claim he grabbed a headlamp tied around his neck, yanking him to the ground. As Sanders knelt down, Herrington allegedly spun him around and placed him in a chokehold. Witnesses heard Sanders repeatedly tell the officer “I can’t breathe.” They further allege that he never fought the officer in any manner, and was in fact motionless throughout the incident.

One witness asked Herrington if he could perform CPR on Sanders, which Herrington refused, while maintaining the chokehold until backup and EMTs arrived, nearly 30 minutes later, at which point Sanders was pronounced dead.

Last weekend, more than 400 people attended a march for Sanders to demand justice, in the small town of 1,088 residents.

On Tuesday, a federal judge ordered the release of dashcam footage of the police killing of Ricardo Diaz Zeferino and shooting of Eutiquio Acevedo Mendez that took place on June 2, 2013 in Gardena, California, outside Los Angeles. The local police department had sought to suppress the video ever since they settled the resultant lawsuit with the victims and their families for $4.7 million. 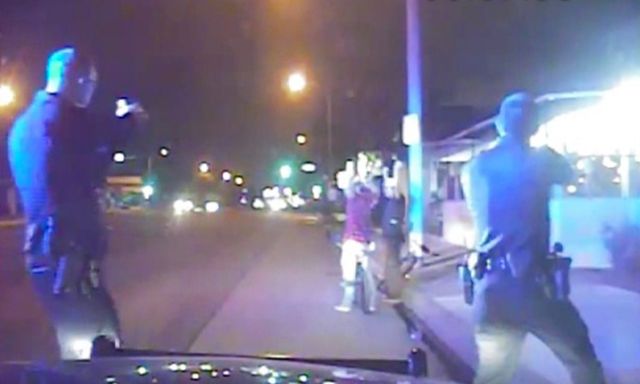 The incident began when officers were falsely told by dispatch that there was a bike robbery, which generally implies the use of a firearm or force, when in fact the bike had just been stolen. Police stopped two men on bikes, Mendez and Jose Garcia, and were in the process of arresting them when a third man, Zeferino, ran up to his friends. It was later discovered that Zeferino was the brother of the man whose bike was stolen, and the other two were helping him search for the bike.

Zeferino and one of the officers then began yelling back and forth, with Zeferino trying to explain that police had stopped the wrong people. At this point, two more police cars arrived, and three officers emerged with guns drawn, roughly the point at which the video begins .

Zeferino, who was later found to have a blood alcohol content of .22% and methamphetamine in his system, appears somewhat restless and repeatedly raises and lowers his hands, contrary to the officers’ commands. With the officers all pointing their weapons at Zeferino, one officer yells “You do it again, you’re going to get shot,” according to the court records.

When Zeferino lowers his hands, the officers unleash a fusillade of bullets, striking Zeferino eight times and hitting Mendez once near his spine.

Zeferino, who was standing some ten feet away from the officers, was clearly unarmed and posed no threat to them. One of the principal arguments in the lawsuit against the city was that Zeferino’s right hand was visibly empty and in front of his body when the shots were fired, which can be seen in the video.

Within two days after the video was posted, it had been viewed more than 770,000 times.