Irish-born actress Maureen O’Hara died October 24 at the age of 95. She was among the last surviving participants in Hollywood’s so-called Golden Age, having made her first film in 1938 and her last in 2000. 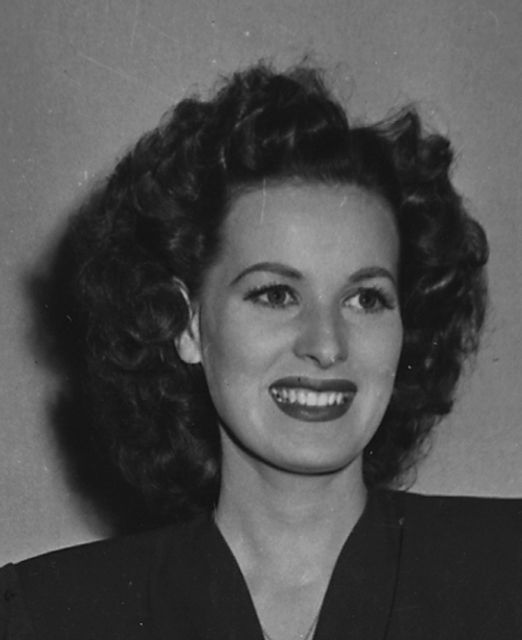 More than just the star of Christmas favorite Miracle on 34th Street, Maureen O’Hara was one of the most compelling actresses of her generation. She possessed an extraordinary screen presence. A number of descriptions in recent tributes seem appropriate. She was “fierce,” “tenacious,” “strong-willed,” “tempestuous.” In the words of her friend and frequent co-star John Wayne, who had his own way with a compliment, O’Hara was “big, lusty, absolutely marvelous—definitely my kind of woman. She’s a great guy.”

Born Maureen FitzSimons on August 17, 1920, in the Ranelagh suburb of Dublin, O’Hara seemed intent on becoming an actress from an early age. She was already studying acting by the age of 6 and at the age of 14 was accepted into the Abbey Theater, founded by poet and dramatist William Butler Yeats and Lady Gregory in 1904.

When she was still a teenager, O’Hara was discovered by the remarkable British actor Charles Laughton (1899-1962). Laughton was virtually alone in recognizing the potential in a screen test of O’Hara, which the actress had shot for film executives in London to mutual disappointment. Laughton would become a mentor to the young actress, eventually assigning her the last name of O’Hara and helping her get to Hollywood. They starred together in three films, the first of which was Jamaica Inn (1939), the last film directed by Alfred Hitchcock in the UK before his own move to Hollywood. The Hunchback of Notre Dame (1939) followed close on its heels, with Laughton memorably cast as Quasimodo and O’Hara as Esmerelda.

Deeply felt democratic sentiments reportedly animated the set of Hunchback, directed by German left-wing exile William Dieterle. The Second World War began just a month into the shoot. In her 2004 autobiography ’Tis Herself, written with the help of John Nicoletti, O’Hara recalled the sadness and horror felt by everyone on the set. She remembered how Laughton reacted to the news that war had broken out by reciting the Gettysburg Address as he leaned against the pillars of the set’s recreated Notre Dame Cathedral, still dressed as Quasimodo. She called it the greatest piece of acting she’d ever seen. 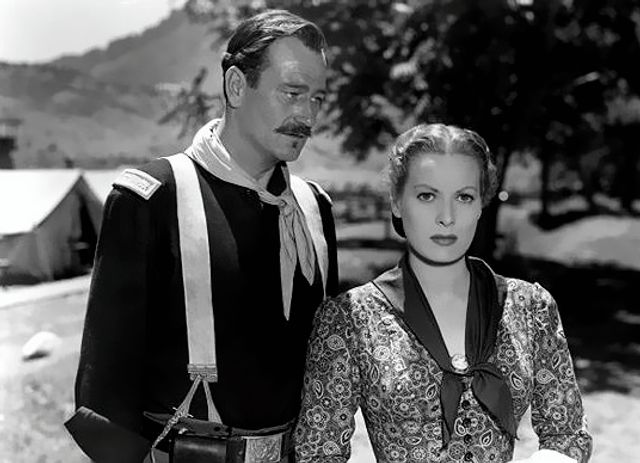 In 1941, O’Hara made How Green Was My Valley, about a Welsh coal-mining village, the first of five films with director John Ford, including Rio Grande (1950), the third part of Ford’s US cavalry trilogy, The Quiet Man (1952), The Long Gray Line (1955) and The Wings of Eagles (1957). These were among her most artistically successful works.

When she was first introduced to Ford at a party at his house, O’Hara wrote in her memoir, he shook her hand firmly and almost immediately blurted out, “I’m an Irish rebel, a freedom fighter.” Ford’s political views at the time induced the FBI to open a file on him.

The Quiet Man is among O’Hara’s best-loved films. John Wayne stars as an Irish-born American boxer who longs to return to his family’s farm in Ireland. O’Hara is the sister of a landowner who wants the property for himself. The two don’t fall in love so much as they tumble into it.

During one famous scene, John Wayne’s character mocks his reluctant love interest, saying, “So you can talk!” O’Hara angrily shouts back at him, “Yes I can, I will and I do!” That independent and combative spirit animated many of O’Hara’s more memorable performances.

It is regrettable that O’Hara’s body of work does not include more great films, though this isn’t entirely her fault. Perhaps unsure of what else to do with her famous red hair, green eyes and fighting spirit, Hollywood stuck her in one Technicolor action film after another. She was to be the female lead in a number of entertaining but not terribly profound swashbuckling pictures like The Black Swan (1942) and Sinbad the Sailor (1947).

And while she worked with many of Hollywood’s more interesting and talented film directors, it was not always, it must be said, in their best work. There was Buffalo Bill (1944) by William Wellman, The Spanish Main (1945) by Frank Borzage, Immortal Sergeant (1943) and The Foxes of Harrow (1947) by John M. Stahl, A Woman’s Secret (1949) by Nicholas Ray, The Forbidden Street (1949) by Jean Negulesco, The Magnificent Matador (1955) by Budd Boetticher and Our Man in Havana (1959) by Carol Reed.

These contained significant moments and fine performances from O’Hara, but on the whole they were not terribly satisfying works. And while O’Hara was a gifted actress, her most memorable characters tended to be fighters and idealists. They possessed strong convictions and played in the daylight of Technicolor. She was not as capable as a Gloria Grahame, an Ida Lupino or a Lauren Bacall when it came to portraying the moral ambiguities and concessions of film noir and the darker side of postwar America.

Few of O’Hara’s films directly addressed the momentous events and great social convulsions of their day. There was, however, This Land is Mine (1943), directed by the great French filmmaker Jean Renoir and the third film O’Hara made with Laughton. It concerns collaboration and resistance in a Nazi-occupied European country. The Falling Sparrow (1943), from the novel by Dorothy Hughes, starred John Garfield as a disturbed veteran of the Spanish Civil War, with O’Hara as the woman he may or may not be able to trust as he investigates the murder of a longtime friend.

Whatever the inconsistencies in her career, O’Hara leaves behind a number of fascinating performances and a long line of very rich human characters, delightfully hard-headed and standing on their own two feet come what may. She was a pleasure to watch.