Obama’s place in history: Permanent war and the breakdown of American democracy
Part one

Obama’s “legacy,” as it is called in the media, is not an insignificant matter. But a correct appraisal of a president’s place in history must begin with an understanding that the conduct of a government is not merely the product of the subjective aims of the president and his cabinet members.

The administration’s programs and policies are the outcome of the interaction between the material needs of competing sections of the American ruling class and the developing logic of world events. As events drive the ruling class’s policy choices, the consequences of those policies in turn impact events, and vice versa. Through this interaction, the true state of social relations and class rule under capitalism emerges.

In this context, Charlie Savage’s new 769-page book Power Wars: Inside Obama’s Post-9/11 Presidency is a chilling account of the true state of class rule in the United States. 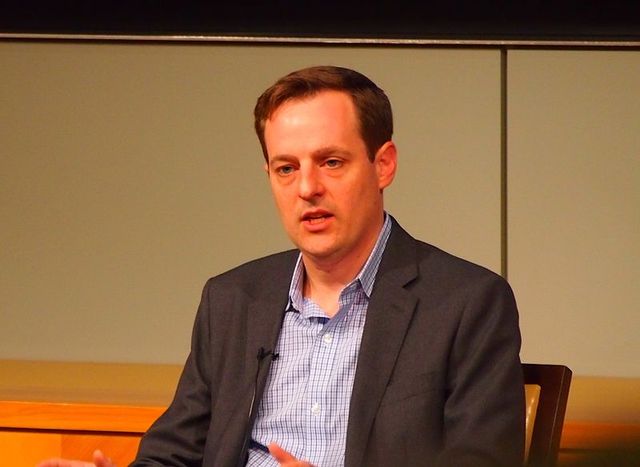 Savage’s book, published by Little, Brown and Co. in November 2015, examines a major aspect of what the Obama administration will be remembered for: institutionalizing the Bush administration’s anti-democratic state repression and establishing a state of permanent war.

Savage, who has been writing about war and constitutional issues for the New York Times since 2008, deserves much credit for this meticulously researched work. The author draws on over 150 sources from the Bush and Obama administrations as well as hitherto unreported internal administration documents to give an inside view of the crucial discussions within the Obama White House.

In the course of his book, Savage addresses the Obama administration’s role in institutionalizing drone assassinations, military commissions, the use of offshore prisons like Guantanamo Bay, indefinite detention, expanded presidential war powers, whistleblower prosecution, mass surveillance, etc. For those readers interested in a detailed, honest, and serious review of these issues, Savage’s book stands alongside James Risen’s 2014 Pay Any Price. 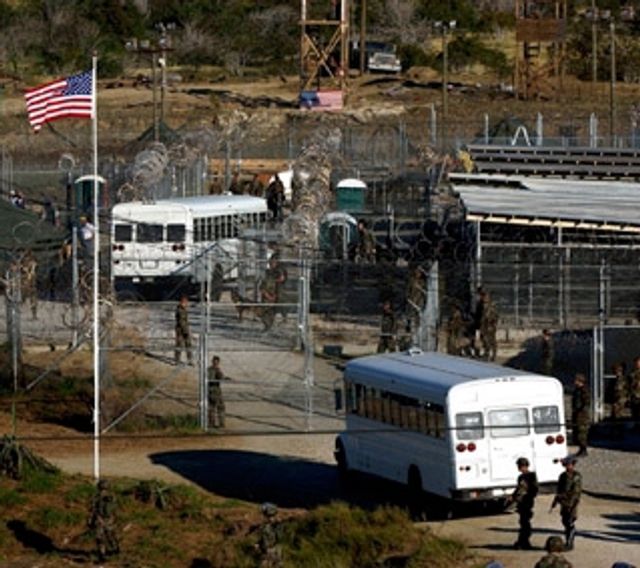 Risen and Savage share a key weakness: they both accept the framework of the war on terror, which serves as the blanket justification for the abrogation of basic democratic rights. This weakness is much more pronounced in Savage, who combines his descriptions of Obama’s unconstitutional programs of drone murder and state surveillance with increasingly hollow paeans to national security and the danger of terrorism.

Unlike Risen, Savage’s book does not attempt to address war profiteering or the relationship between the drive to war and social inequality. Despite its limitations, Risen’s book struck this reviewer as smart, detailed, and courageous. Though Savage is intelligent and critical, the word “courageous” does not seem to fit. Ultimately, Savage is a liberal who accepts the Obama administration’s position that constitutional rights are subject to a “balancing test” where professed risks to national security can justify suspension of certain inalienable rights.

In this way, Savage’s deep access to sources in the military and national security apparatus is not only a strength, but also a weakness. Sources have their own reasons for providing information to journalists, and Savage has made clear that he is a politically safe outlet.

At his weakest, for example, Savage provides a qualified justification for the Obama administration’s crackdown on leaks of information:

“As a journalist, I—obviously—oppose the criminalization of unauthorized disclosures. I think this shift in how the government deters leaks and deals with suspected leakers endangers a free society and undermines self-government. But I am also a critic of framing the Obama-era crackdown in terms of a war on whistleblowing. That word sets a very high standard—leaks that expose waste, fraud, abuse of power, or illegality. The activists who choose to frame the policy debate in terms of whistleblowing are well intentioned, but they make it too easy for crackdown defenders to discredit the entire line of criticism by pointing to some leak defendants whose disclosures do not meet that standard” (p. 389).

This approach informs the conclusions Savage draws but does not overshadow the book’s compelling, well-structured content. Though Savage does not shy away from making a concrete legal analysis of legislation, executive action, and court rulings, he does so in a manner that is informative and accessible. What’s more, readers should not be intimidated by the book’s length—Savage skillfully combines a popular writing style with real investigation, making the book an engrossing read.

Most importantly, the content summarizes the major events of the last 15 years, with much new, interesting information throughout.

A legal framework for the attack on democratic rights

After having been elected in November 2008 on a wave of popular anti-Bush sentiment, the Obama administration came to power in 2009 and began to institutionalize the anti-democratic policies of the Bush administration. Savage’s book sheds added light on how this has been accomplished.

The Obama administration, Savage writes, “revived the interagency national security lawyers group, a bureaucratic institution from the 1990s that the Bush-Cheney administration had essentially dismantled.” This group was “operating alongside the hierarchy of policymakers” and “set the framework within which a decision could be made—such as, for example, whether killing a particular terrorism suspect was permissible. The structure gave the lawyers the first shot at many decisions, and they remained to address any wrinkles that arose” (65).

This legal group began to provide pseudo-legal cover for the programs developed in the years that followed. In the aftermath of the Bush administration’s policy of midnight-hospital-bed legal coups, sections of the press and the Democratic Party sought to portray the Obama administration’s lawyerly attitude to the war on terror as an advance for democratic rights. In fact, the opposite was the case.

Later, Savage quotes CIA Director John Brennan at a press conference in September 2011: “The interagency lawyers will get together and look at what is being proposed and then have that discussion, that is very rich, about whether or not what is being proposed is consistent with the law and consistent with best practice, or are we actually sort of now going in new areas and new directions.” 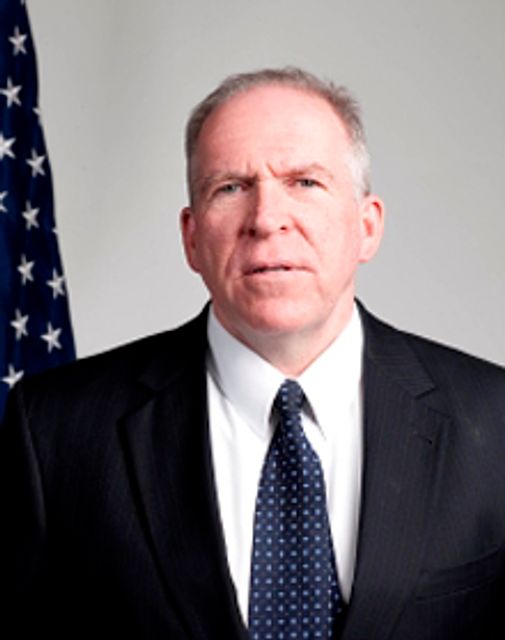 Brennan continued: “I have never found a case that our legal authorities, or legal interpretations that came out from that lawyers group, prevented us from doing something that we thought was in the best interest of the United States to do .… Can there be shifts [in the law]? Yes. And those shifts are affected whether we’re attacked, you know, on 9/11, or in other types of threats and challenges to our system .… That’s why a Harold Koh and a Jeh Johnson, when they get together and talk about things—they really want to wrestle it to the ground. Is there a right answer? Truth is elusive—as is ‘right’” (278-279).

What’s more, Savage writes that after the alleged attempted “shoe bomber” terror attack of December 25, 2009, Brennan, then Obama’s Homeland Security Adviser, “became a far more central and influential player [in the Obama administration], a man whom Obama looked for guidance. The president was not alone; at the Justice Department and elsewhere, more liberal members of the Obama legal team, I was told, began to see Brennan as their hero.” (95).

The involvement of former “liberal” opponents of the Bush administration in this process sheds light on an essential element of contemporary political life—the disappearance of any section of the ruling class in favor of defending democratic rights. Though Savage does not make this point himself, he describes the roles of many former anti-Bush figures and explains their transformation under the Obama administration. A few examples: 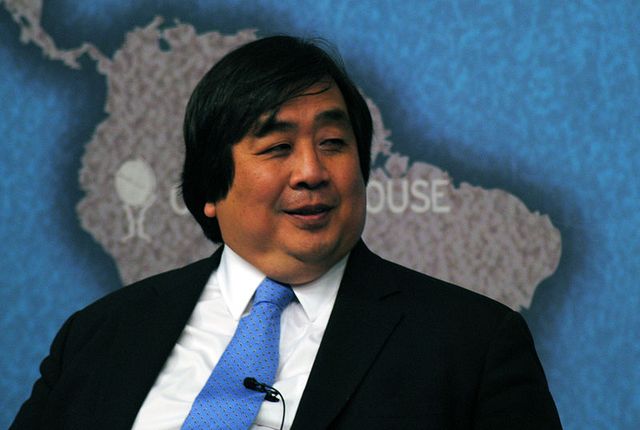 Deputy Solicitor General (later Acting Solicitor General) Neal Katyal: During the Bush administration, Katyal served as lead counsel for Guantanamo detainees in the Supreme Court case Hamdan v. Rumsfeld (2006). But as a lawyer in the Obama administration, Katyal underwent a “role reversal.” He “would personally argue before an appeals court that Obama had the power to hold detainees at Bagram [Air Force Base, Afghanistan], even those captured outside Afghanistan, with no rights to hearings” (109-110).

Office of Legal Counsel Assistant Attorney General David Barron and Deputy Attorney General Marty Lederman: In response to revelations of Bush administration torture memos in 2004, Barron and Lederman had penned what Savage calls “a pointed and idealistic” legal document. Denouncing the Bush administration, they wrote that its “advocacy model of lawyering, in which lawyers craft merely plausible legal arguments to support their clients’ desired actions, inadequately promotes the president’s constitutional obligation to ensure the legality of executive action.” In 2008, the two lawyers co-wrote a Harvard Law Review article further condemning the Bush administration for misuse of executive power (234).

Under Obama, the two co-wrote the 2011 memoranda justifying the drone assassination of US citizens without warrant or trial. The biographies of figures like Koh, Katyal, Barron, and Lederman show the complete disintegration of the liberal establishment and the absence of any constituency within the financial aristocracy for the defense of even the most basic democratic rights.