A just-released series of emails sent to a staff member of Michigan Governor Rick Snyder in early March demonstrate that his administration knew about the relation of Flint River water to the spread of the deadly Legionnaires’ bacteria at least 10 months before the governor publically announced it.

The emails were obtained through a Freedom of Information Act (FOIA) request by Progress Michigan, a liberal nonprofit, and made public on Thursday. 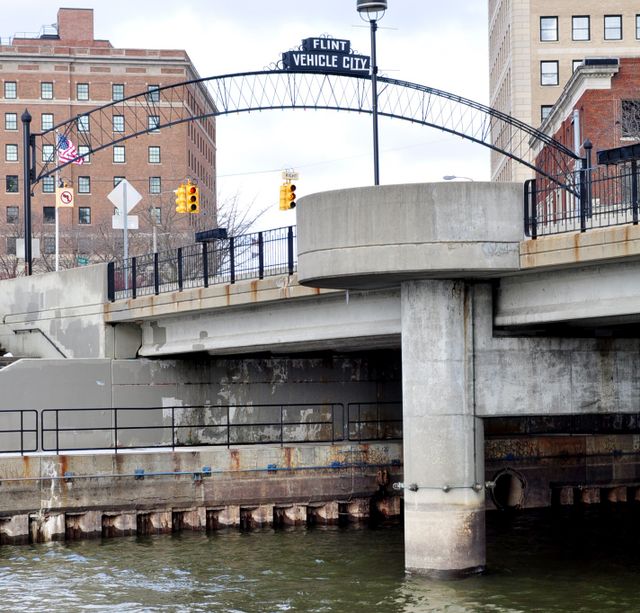 The polluted Flint River was the city's water source from April, 2014 to October, 2015

When an official from the Genesee County Health Department (GCHD), Jim Henry, warned in a March 10, 2015 email that the dramatic increase in the occurrence of cases of Legionnaires’ disease, the deadly waterborne sickness, “closely corresponds with the timeframe of the switch to Flint River water,” Brad Wurfel, now-resigned Communications Director of the Michigan Department of Environmental Quality (MDEQ), responded by describing Henry to a governor’s office staffer as “beyond irresponsible.”

Hollins, a close advisor to Snyder, was appointed in August 2011 to head the Michigan Office of Urban and Metropolitan Initiatives. In December he was appointed to lead the governor’s task force on the Flint water crisis. At the time, Snyder said of Hollins, “Harvey is well-versed in the issues and the challenges faced by our cities and will be effective in this role.”

In relation to Snyder’s claims of ignorance of the matter, Progress Michigan asked the question, “Are we to believe that a top staffer with years of experience would not inform Governor Snyder of a possibly deadly situation?”

If Snyder indeed was aware of the information in the March 13 email, and it seems likely he was, he hid this information from the public while the cases of Legionnaires’ disease grew from 40 to 87, with ten deaths resulting by the time he finally made the announcement on January 13.

In any case, the email exchange sheds new light on the depth of the criminal indifference by state quality officials to the dangers posed by Flint River water.

Henry’s email from March 10 referred to previous GCHD “verbal and written requests for specific information since October, 2014, including a Freedom of Information Act [FOIA] request on January 27, 2015.” Henry goes on to note, “The information still has not been received and the city’s lack of cooperation continues to prevent my office from performing our responsibilities.”

It is highly unusual that Henry would resort to the FOIA to obtain information from an agency that is supposedly collaborating in the interest of protecting public health. Dr. Marc Edwards notes on his website that “The fact that GCHD felt obligated to use FOIA to get information, normally shared freely between health agencies, speaks to a new level of dysfunction beyond anything previously exposed.”

In that same March 10 email, Henry warns, “I want to make sure in writing, that there are no misunderstandings regarding this significant and urgent public health issue. The Trihalomethanes issues ‘pale in comparison’ to the public health risks of Legionella.” (From January to May Flint was in violation of the Safe Drinking Water Act due to the high levels of trihalomethanes, a product of overtreatment against waterborne bacteria with chlorines.)

An MDEQ response signed by Stephen Busch on March 12 did not express the concern one would expect from water quality officials over questions of public health. Instead it obfuscated in the face of urgent health dangers, then followed up with vile accusations against Henry.

After claiming that the MDEQ had no knowledge of Henry’s January 27 FOIA request and saying it would be the city’s job to “address such ambiguities,” Busch went on to say that “the DEQ fully recognizes the public health threat posed to individuals that contract Legionnaires’ Disease with the understanding that the disease is not caused by ingestion of potable water and therefore not regulated under the federal Safe Drinking Water Act.”

In the middle of an outbreak of a deadly disease the agency responsible to protect the public says “NOT OUR PROBLEM.” (!)

Busch goes on, “Further, conclusions that legionella is coming from the public water system without the presentation of any substantiating evidence from your epidemiologic investigation appears premature and prejudice (sic) toward that end.”

The GCHD request for information was to facilitate epidemiological research into the cases that had emerged. But, the official word from the MDEQ was “such research requests should be directed to the Michigan Department of Community Health.”

At no point did the MDEQ inform Henry and the GCHD that, since the switch to Flint River water, no corrosion control was ever put in place—a factor that would have directly contributed to the growth of the legionella bacteria.

After being sent a copy of this damning email, Wurfel wrote to Hollins, copying Wyant: “Essentially, Jim Henry with Genesee County Health is putting up the flare. He’s made the leap formally in his email that the uptick in cases is directly attributable to the river as a drinking water source – this is beyond irresponsible [emphasis added], given that is his department that has failed to do the necessary traceback work to provide any conclusive evidence of where the outbreak is sourced …”

These emails have added fuel to the political firestorm around the crimes carried out in Flint.

The chairman of the Michigan Democratic Party, Brandon Dillon, called for Snyder’s resignation on Thursday. The Democrats have been demanding that Snyder remove the exemption of the governor’s office to FOIA requests, which protect against the release of pertinent emails. Snyder had previous released only a selection of redacted emails.

Both the state MDEQ head and the federal Environmental Protection Agency (EPA) head for Region 5 have been forced to resign because of their roles in the Flint tragedy. The recent performance of their replacements—Keith Creagh of the MDEQ and Joel Beauvais of the EPA—show them to be bureaucratic flunkeys who will continue in the style of their predecessors.