When Melissa Boarts of Montgomery, Alabama left home after threatening to commit suicide on Sunday, April 3, her parents called 911 hoping that someone would intervene to keep her from harming herself. To their horror, Auburn Police Department instead gunned her down. Two police officers are on paid leave pending investigation. 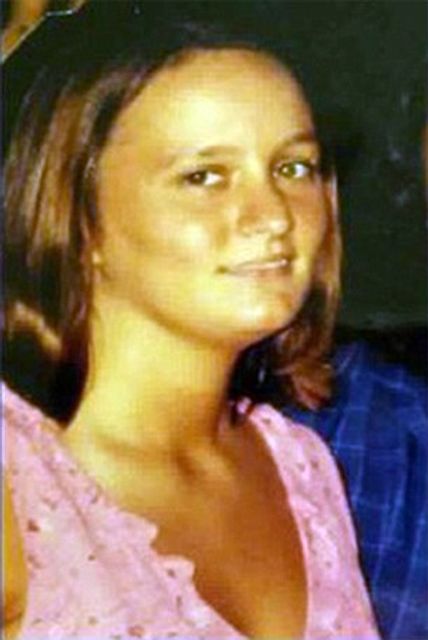 Boarts suffered from bipolar disorder and was experiencing acute depression. She had scheduled an appointment for May to seek more effective medication for her disorder. Her parents, Terry and Michael Boarts, had come to her house on Sunday to pick up Melissa’s two-year-old daughter, Skylar, for their weekly outing. Boarts suddenly drove off, threatening to slit her wrists with a pocket knife.

Terry and Michael loaded Skylar into their car and followed as closely as they could. Using her computer, Melinda, Melissa’s twin sister, tracked the path of her car via the GPS the family had installed on it. Melinda relayed the information to Terry and Michael as they drove.

When Melissa stopped at a rest area on Interstate 85, the family panicked, fearing that she would carry out her threats to cut her wrists. Realizing that traffic would prevent them from reaching her quickly, they called 911.

“We were thinking they could get her help,” Terry Boarts told the Montgomery Advertiser. She explained to the dispatcher that Melissa was bipolar and was threatening self-harm. She told them that Melissa had a pocket knife. Using Melinda’s information, the Boarts gave police a turn-by-turn account of her path. Terry remained on the phone with the dispatcher.

When the Boarts finally caught up to their daughter, a helicopter hovered overhead, and fourteen police cruisers surrounded her car. They were unable to see what was going on; the dispatcher told them simply that Melissa’s car had stopped. They sat at the scene for hours, assuming that her car had left the road and hit a tree. Finally, Michael Boarts asked for information from a police sergeant who was leaving the scene. “All I know,” the sergeant replied, “is that there is one female casualty.”

The Boarts family has expressed confusion about Melissa’s death. They reported her movements to the police with the expectation that Melissa would be prevented from harming herself. Although they do not dispute the Auburn Police Department’s statement that Melissa threatened police with her pocket knife, they do not understand why police insisted on using deadly force. Michael Boarts has stated that the police knew “exactly what was going on,” and that they had been told that Melissa was mentally ill. “That’s why we don’t understand why they had to shoot her,” he told the Advertiser .

“Any kind of decent police training would teach you how to deal with people with mental health issues,” said Julian McPhillips, the Boarts’ attorney. “If you go around shooting them all just because they have a knife in their hand, that’s terribly wrong.”

In February of this year, hospital employees in Athens, Alabama called police to help them restrain Randy Nelson, a schizophrenic patient, so that staff could administer tranquilizers and other medications to him. The doctor on duty told the cops that they basically needed someone with a “strong back and weak mind” to help hold Nelson down as they injected him with Ativan.

Instead, police officers cleared doctors out of the area and approached Nelson themselves. He began throwing items at the officers. They tasered him several times before he fell, semi-conscious, to the floor. In the body cam footage released by the Athens Police Department, an officer can be heard telling the doctor, as they kneel over Nelson’s supine body, that Nelson had hit his head. “I don’t think he noticed it, though,” the officer says.

When hospital staff turned Nelson over, they noticed that he was cyanotic—“kinda blue,” as the officer put it—and was struggling to breathe. Nelson did not regain consciousness; five days later, he died.

Athens Police Department released the body cam footage to the press two weeks after Nelson died. Although the footage was edited to “protect Nelson’s dignity,” according to Athens Police, it portrays a deeply humiliating situation for Nelson. Completely nonverbal, he struggles confusedly with his caregivers and the police until the end. Naked and bleeding, he lay unconscious on the floor as hospital staff and police detachedly discuss whether or not he is breathing.

In Boarts’ case, the Auburn Division Chief of Police, Paul Register, has clearly stated that he expects the investigation into Boarts death to affirm that officers legitimately used deadly force against the suicidal victim. Register blamed Boarts for her own murder, stating, “It’s unfortunate when someone intending to harm themselves involves law enforcement to do so.”

Alabama’s mental health budget has been slashed for the past three consecutive years. Medicaid for adults is almost nonexistent, which leaves those who are caught between poverty and mental illness to rely upon county, municipal, and charitable organizations for psychiatric evaluation and treatment. When such treatments fail, as they did for Nelson and Boarts, those in crisis are exposed to the utmost brutality and murder by the police.