In the months since the Flint water crisis first began drawing international attention to the horrific consequences of crumbling infrastructure in the United States, numerous reports from across the country have revealed the widening scope of the nation’s water problems. Children have been exposed to lead-tainted water in schools in Sebring, Ohio, Newark, New Jersey, Baltimore, Maryland and Los Angeles, California. Several towns in Vermont have recently found PFOA (Perfluorooctanoic acid) contaminants in their drinking water supplies, and the state of Pennsylvania released data showing that 18 cities and towns suffer from higher rates of elevated blood lead levels than Flint—in some cases up to four times higher.

Far from being an isolated incident, the crisis in Flint is one manifestation of the rapidly expanding social catastrophe bearing down upon millions of workers across the country. As social spending is slashed and public treasuries gutted to fund imperialist wars, conditions of life for wide layers of the population are being reduced to the level of a third-world country. In the “greatest nation on earth,” as President Obama calls it, fundamental rights, such as the right to clean drinking water, are being treated as expendable luxuries to be sacrificed on the altar of austerity. 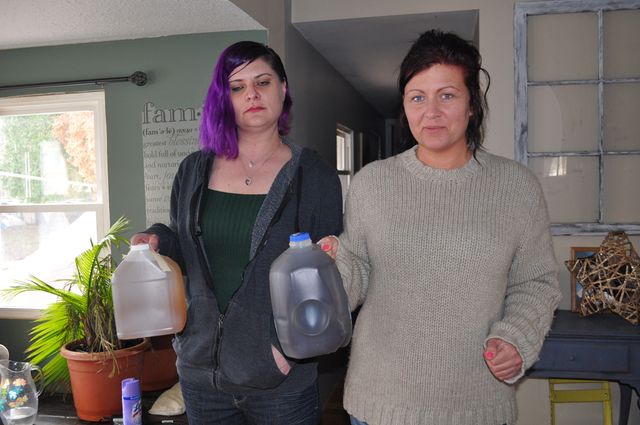 The World Socialist Web Site was recently contacted by residents of the Arbor Village Mobile Home Community, which lies a short distance west of the city of Jackson, Michigan. Jackson is an economically depressed city with an official poverty rate of 19.6 percent, nearly twice that of the state of Michigan as a whole. Economic activity largely centers around the nearby state prison complex, which holds a sizeable portion of the state’s 44,000 prisoners. While many residents face crushing poverty, social inequality in the city has spiked dramatically. The mobile home community is less than five miles away from the lush golf course of the Arbor Hills Country Club.

Despite intimidation from the community’s management, residents spoke with WSWS reporters at length about the brutal conditions of life inside the community, including corrosive and heavily-polluted water that runs nearly black out of the faucet; blatant price-gouging by the community water company, causing monthly bills to spike upwards of $250; sewage lines lying broken underneath homes, creating stagnant pools of fetid water and human waste that contaminate the drinking water lines; poorly-constructed trailers rotting on their flimsy foundations, with large sections of siding open to the elements; a community store that takes advantage of residents’ lack of transportation to sell substandard goods at inflated prices, in the tradition of “company stores” of old; and a management that has evicted those it deems “troublemakers” without cause.

Available from our publisher Mehring Books
Flint: A Crime of Capitalism

This pamphlet presents a selection from the record of the WSWS as the crisis unfolded.

Reporters from the WSWS created this photo essay to document the conditions at Arbor Village.

Sign up for the WSWS email newsletter
Contact us
Related Topics
Find out more about these topics:
Capitalism and inequalityThe water crisis in Flint, MichiganUnited States
Loading