More than a week after flash flooding devastated the state of West Virginia, residents are only beginning to assess the damage and most counties were again placed under a flood watch for the coming week. Twelve counties are now under a federal state of emergency. 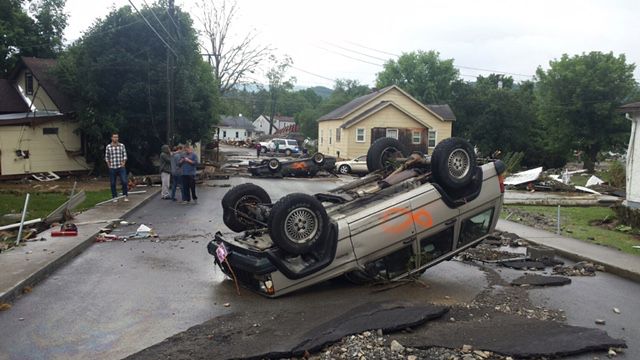 The official death toll was revised to 23, with 22 confirmed fatalities and one Greenbrier County resident missing and presumed dead. At least 1,500 homes were completely destroyed and another 4,000 damaged. More than 125 businesses were wiped out by the record flooding.

Residents, including thousands who have been rendered homeless by the disaster, have been picking through debris, and volunteers have distributed water and necessities.

Damien, who is volunteering with the Red Cross to help flood victims remove debris in Clay and Kanawha counties, told the WSWS, “It’s a train wreck in Clendenin. The whole back side by the river is wiped out. I’ve never seen mudslides that are 500- and 600-feet of mountains just sliding down into the road. There are mangled gas pipes and debris everywhere.

“It’s taken four or five days to get the road clear for four-wheelers to take hot meals to 70- and 80-year-old people living in tents besides their houses because they can’t live in them. The fact that there is not a ton of government support is upsetting. West Virginia sends more than enough people to war but we haven’t received the help when we need it to rebuild our lives.” 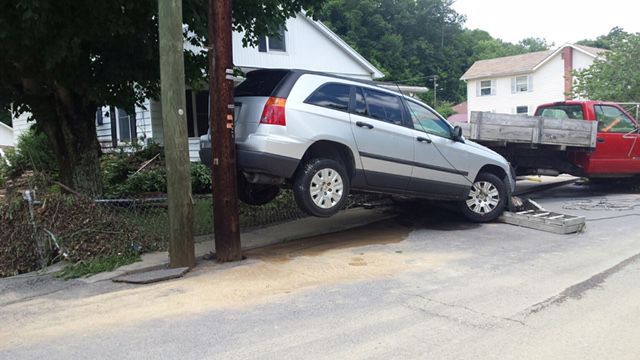 The floods have underscored the immense social inequality in the state and the criminal indifference of every level of the government towards the state’s overwhelmingly working-class and poor residents. As the Charleston Gazette-Mail noted July 3, “Just two weeks ago, West Virginia was dealing with an entirely different crisis than the devastating flooding that has wracked the state in recent days,” that of the state budget, “a crisis created by man rather than nature.”

State agencies tasked with recovery efforts, the newspaper reported, have been slashed to the bone over the past few years. Budget cuts have crippled the capacity of emergency agencies, health clinics and other service providers to respond to the disaster. Local organizations including health departments have been grappling without basic supplies or funding.

At the federal level, funding has been cut as well. The Federal Emergency Management Agency (FEMA) announced over the weekend that it would provide a derisory $3 million in recovery aid—a small fraction of the amount needed to repair homes and make flood victims whole again. Divvied up among the thousands in need of safe housing, the allotments amount to a few hundred dollars each. Many residents who have lost vehicles and other necessities are essentially left to fend for themselves.

While volunteers are working around the clock to assist flood victims, the state and federal governments are poised to distribute financial aid in a highly selective way, to disqualify and limit resident assistance. The state Division of Homeland Security and Emergency Management has opened six Disaster Recovery Centers across the state to determine who is eligible for help. FEMA set up a hotline for residents to register for a review of their property damage by a contract inspector.

“My sister’s house was washed into the middle of the road and FEMA only offered her $5,000,” David Vallandingham, a crane operator, told the WSWS. “That’s not enough to even cover the cost of labor,” said David who sent photographs of the flood damage in Greenbrier County to the WSWS.

Flooding is a common problem in the mountainous communities of West Virginia, about which environmental scientists and civil engineers have been raising warnings for decades. Indeed, the state has suffered repeated disasters, claiming the lives of hundreds of people. Although it is a small state of under two million people, in terms of flood deaths West Virginia falls below only the far more populous states of Texas and California. 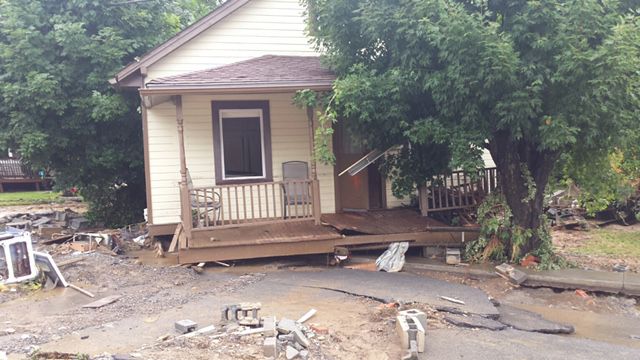 This home was pushed off its foundation into the street [PHOTO: David Vallandingham]

The Gazette-Mail reported that the state commissioned a 365-page study on flooding in 2004, but did nothing with the recommendations and no statewide plan was put in place. After the “West Virginia Flood Protection Plan” was drafted, a 26-agency task force formed to implement it was disbanded. According to the Gazette-Mail, the plan was left “sitting dusty on a shelf” in the state capital of Charleston.

The report included specific recommendations for managing construction in flood plains, better warning systems and building codes, regulations on logging and mining operations, among other proposals. The introduction to the report detailed the repeated failed efforts to implement a coordinated flood prevention plan throughout the 1990s.

“Floods impact or destroy people’s homes, schools, churches, businesses, and places of work,” the study stated. “Floods have recurring adverse effects on individual’s physical and mental health. Many flood victims report that they are unable to sleep when it rains because of the potential for disastrous floods like those they have experienced.” In 2001, the state again saw fatal flooding, which the report described as “West Virginia’s most common and widespread natural disaster.”

In light of the most recent deadly floods, the following passage reads like an indictment of the political establishment in both Charleston and Washington: “Implementing these recommendations will cost time, resources and money that could be allocated to other pressing State issues. Implementing the recommendations included in this plan would cost billions of dollars if they were implemented concurrently. Fortunately, the benefits of the recommendations are cumulative in nature. Therefore, a sustained annual program of expenditures well within the budget capabilities of the Federal and State governments would be effective in reducing the loss of life and flood damages. Regardless of the final costs, implementing these recommendations will be cheaper than the continuing financial and social costs of lives and property lost to flooding each year.”

“It never came to pass, and I don’t really know why,” Russ Campbell, a retired state Conservation Agency employee who co-chaired the task force, told the Gazette-Mail of the discarded proposals. “It’s come home to roost and we’ve got to live with it.” 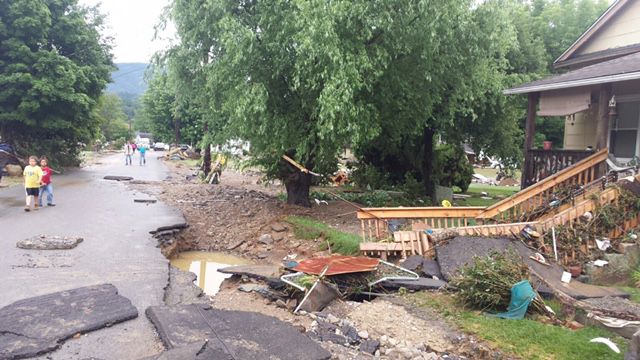 The Gazette-Mail report notes that a 2013 Homeland Security survey warned that flash floods could result from dam or levee failures with “little or no advance warning.” The West Virginia Department of Environmental Protection (DEP), which regulates the state’s 400 non-coal industry-maintained dams, found 30 “deficient dams” in 21 counties in 2012. These structures exhibited “one or more design, maintenance, or operational problems that may adversely affect the performance of a dam over a period of time or during a major storm or other inclement weather that may cause loss of life or property.”

At the same time, the DEP pressed for increased regulation of the timber industry, which would impose some limits on logging in watersheds vulnerable to flooding. The Division of Forestry, responsible for policing logging practices, was found to be “understaffed to accomplish all of the inspections, firefighting, and enforcement responsibilities assigned to the division by the state.”

Four years later, not only have these warnings been borne out in the most tragic way, the state administration of Democratic Governor Earl Ray Tomblin is hacking deeply into the Division of Forestry’s staffing levels and undermining even the most minimal regulation on the powerful timber interests in the state. In a matter of weeks, 37 forest employees will be laid off as part of the budget cuts imposed on the state’s already threadbare services. Since 2014, most state agencies have had two rounds of 7.5 percent cuts and a four percent cut last fall.

“The layoffs will undoubtedly have a noticeably adverse effect on the Division of Forestry’s ability to enforce the Logging Sediment Control Act,” spokesperson Chelsea Ruby told the Gazette-Mail. “It’s relatively certain that the division has lost its capacity to be proactive in preventing environmental damage.”

The state’s Early Warning Flood System, which has seen its already inadequate budget cut by more than 11 percent in the last three years, will have its funding reduced by another $25,000 next year.

Local water systems sustained heavy damage in the flooding, with some totally “washed away” or hit by “significant damage,” according to the state Department of Health and Human Services. The Bureau for Public Health, which manages the local water systems, has seen no increase in funding since 2013 and faces a $4 million cut this year—a quarter of its total budget.

The West Virginia Conservation Agency, which maintains the state’s 170 flood-control dams, will be cut by $450,000 in the coming fiscal year, to a level nearly 25 percent below its funding in 2013.