In the 1950s, the greater Pittsburgh area accounted for one half of all the steel produced in the United States. Over the past several decades, however, this region has been economically devastated by the wholesale closures of steel mills.

One example is the fate of the town of Vandergrift, 30 miles northeast of Pittsburgh in the Kiskimenitas River valley. The population of Vandergrift has fallen from 11,500 in 1930 to just over 5,000 today. Even with the presence of a steel mill operated by Allegheny Technologies Incorporated (ATI), the median household income is $32,900, compared to the state average of $52,500. Nearly 17 percent of the population lives below the poverty level, two percentage points above the national average.

Last year, ATI locked out its workforce after demanding huge concessions. Hundreds of workers at the ATI Vandergrift facility joined a total of 2,200 steelworkers on lockout for eight months, between August 2015 and March 2016. 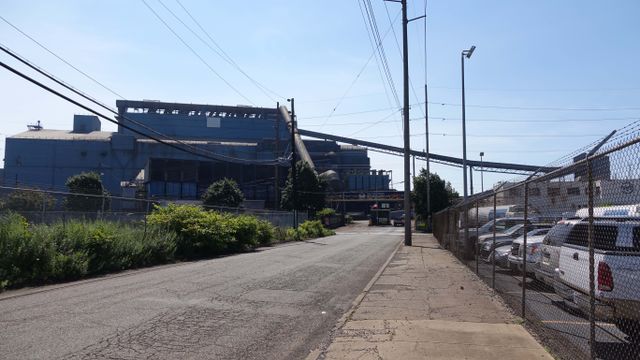 The ATI workers were systematically isolated and betrayed by the United Steelworkers (USW) union, which kept their struggle separate from hundreds of thousands of other steel, auto, and telecommunications workers who were facing contract battles at the same time. After keeping workers on starvation rations through the winter, the USW rammed through a concession contract that gave in to all the company’s major demands.

In nearby Leechburg, seven miles from Vandergrift, another ATI plant, the Bagdad facility, was closed during the lockout and never reopened. It is one of only two plants in the US that makes silicon steel. The more than 200 workers there, and another 200 in nearby Midland, have not been called back to work.

The USW has attempted to divert the anger of workers over these conditions by promoting economic nationalism, blaming imported steel from China for destroying “American jobs.” This nationalist demagogy on the part of the USW dovetails with the politics of right wing demagogue Donald Trump, who promises to make “America great again.”

Economic nationalism has also been promoted by the “democratic socialist” Bernie Sanders, who won the support of many steelworkers during the primary election campaign.

Niles Niemuth spoke to workers during shift change outside the ATI plant in Brackenridge, on the Allegheny River. The town had a population of 5,697 according to the 1960 census report. That had fallen to 3,260 by 2010.

Niemuth and campaign supporters held an extended conversation with an ATI steelworker, who wished to remain anonymous. When asked to comment on the pending presidential election contest between Democrat Hillary Clinton and Republican Trump, the worker told the SEP candidate. “I am against Hillary Clinton completely. Trump is also out of the question.”

Niemuth replied, “The purpose of this campaign is to build the SEP as the mass party of the working class. That is why we are here. Hillary Clinton does not speak for the working class. She defends the interests of Wall Street and the banks.”

The worker talked about conditions at the plant since the end of the lockout in April. While the USW had hailed the contract settlement as a “victory”, workers had in fact been saddled with onerous concessions that reduce the status of the workforce to little more than casual laborers at the mercy of the company’s demands.

“They are shipping a lot of our work out. I found out from a truck driver it’s going to a nonunion shop. I am watching them. I am trying to keep track of what is going on. But when I take it to the union, they are not interested.

Niemuth then asked, “What do you think about Sanders endorsing Clinton?”

The worker responded, “It is depressing. It was bad enough when [Senator] Elizabeth Warren starting cheering for Clinton. That made me sick.

“They knew what they were doing with Sanders. They knew he was tapping into something.

“I have been talking to some people. He had a lot of people worked up. Maybe some people will get their eyes opened to what is happening in this country and try to change it.

“I consider myself a democratic socialist. Now I can hardly watch what is going on.” 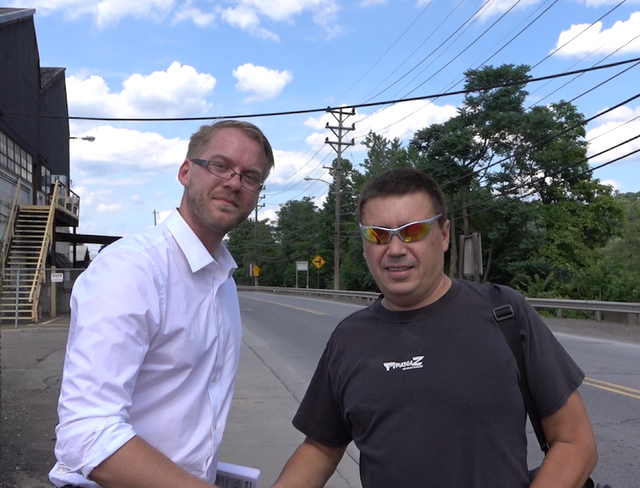 Niemuth responded, “Sanders was supposed to be a lightening rod to channel workers back into the Democratic Party, but that is not an easy task. It turns out millions of people have turned sharply to the left. Wages have gone down. Very few people have good jobs.”

The worker replied, “I am frustrated. I was not a big union person. I have seen what they have done for the last 30 years. They sold us out. Where do you turn?”

Niemuth said, “The problem is not just in America and the solution will not be found just in America. Workers in China, Canada, Mexico and Latin America are all confronting the same problems. The working class is an international class.

“The unions promote nationalism, which divides the working class. They say you need to buy American and your enemy is the Chinese, because they are dumping steel here. What is making you lose your jobs is not the Chinese, it is the capitalist system.”

“I understand that,” the worker responded. “I have a lot of friends who lost their jobs that were outsourced. The corporations are getting rich and the workers are being exploited.”

Niemuth said, “The only progressive way forward is the international unity of the working class. They are setting up a war with China. That is being promoted by both the Republicans and Democrats. It is crucial that the working class be organized against the capitalist system.”

The worker undertook to consider voting for White and Niemuth. “I know what is going on with politics around this country. I am against the capitalist system and I am certainly not voting for Hillary Clinton.”