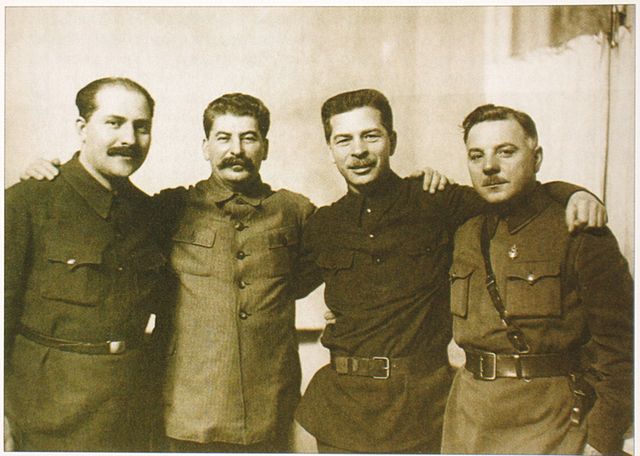 Lazar M. Kaganovich, the last surviving major accomplice of Joseph Stalin in his bloody crimes against the Soviet and international working class, died July 25, 1991, at the age of 97. He was cremated July 30 at the Donskoi monastery, the same location where thousands of Stalin’s victims were murdered during the purges of the 1930s.

When Stalin became general secretary of the Communist Party in 1922, he placed Kaganovich in charge of the powerful Organizational Bureau, or Orgburo, of the party Secretariat. Kaganovich was later installed as chief of the Ukrainian party, and finally brought to Moscow, where he became head of the Moscow city organization in December 1928, replacing Nikolai Uglanov, a supporter of Nikolai Bukharin.

In 1930, Kaganovich was elevated to the Politburo, where he served as Stalin’s most dependable handraiser and organizer, given responsibility for suppressing peasant opposition to forced collectivization––in which millions died––and later taking a leading part in the mass murders of 1937-38. According to one account, Kaganovich gave his own brother the pistol with which to commit suicide after the latter was denounced and about to be arrested in the purges.

At the 17th Congress of the CPSU in 1934, the last at which secret ballots were permitted, Kaganovich played a key role in suppressing the final public demonstration of opposition to Stalin’s personal dictatorship. When nearly 270 delegates, a quarter of those present, crossed Stalin’s name off their ballot for the Central Committee, Kaganovich, the congress organizer, had the ballots destroyed and announced instead a near-unanimous vote for the general secretary.

Meanwhile, he reported the results to Stalin, along with the fact that those same delegates had not crossed out the name of Sergei Kirov, the head of the Leningrad organization and another ardent Stalinist. Within a few months Kirov had been assassinated on Stalin’s orders, and his killing became the pretext for the Moscow Trials and the liquidation of virtually the entire generation of Old Bolsheviks who had led the October Revolution.

Kaganovich was notorious as the most servile high priest of the Stalin cult, filling pages of Pravda with denunciations of Trotskyism and glorification of the bloodstained tyrant. At one point he even proposed that the Communist Party drop “Marxism-Leninism” as the name of its official doctrine. “Lenin has been gone for a long time,” he said. “Stalin has done more than Lenin and we should talk about ‘Stalinism.’ We’ve had enough about Leninism.”

In his writings of the 1920s and 1930s. Trotsky referred infrequently to Kaganovich, and then always with the greatest contempt. In his 1932 article, “The Left Opposition and the Right Opposition,” he summed up the presence of such a mediocrity in the party leadership:

“What is parading now under the banner of Leninism is only a hodgepodge of the most heterogeneous elements, held together by plain Stalinist ignorance. The authority of the October Revolution has become an obstacle to revolutionary development. That is the dialectic of history: reason becomes nonsense, the October Revolution, Kaganovich.” 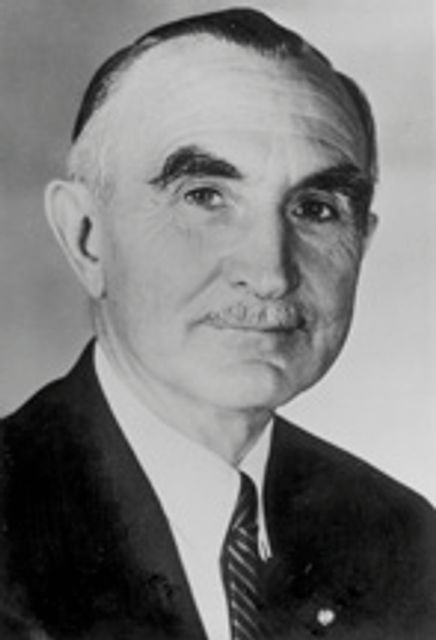 On July 29, 1966, the leadership of the International Association of Machinists (IAM) agreed to recommend acceptance of a sellout contract in an attempt to bring to a close a powerful strike by airline machinists that was crippling transportation.

Two days later, rank-and-file machinists voted overwhelmingly to reject the sellout recommended by President Lyndon Johnson. The action prompted the introduction of strikebreaking legislation in Congress to force the strikers back to work.

Over 35,000 mechanics and ground service workers simultaneously struck United, TWA, Eastern, Northwest and National Airlines on July 8, the largest walkout by airline workers in the history of the United States. The strike shut down 60 percent of air traffic.

Opposition to the contract forced the leadership of several IAM Lodges to recommend rejection, including Lodge 1781, representing 6,000 United Airlines machinists in San Francisco. Spearheading strikebreaking efforts in Congress was Democratic Senator Wayne Morse of Oregon, a liberal opponent of the Vietnam War.

Despite the concessions offered by the union leadership, the proposal of a 4.3 percent pay increase was in excess of Johnson’s wage guidelines. IAM President P. L. Siemiller offered to surrender the cost-of-living escalator and full pension benefits in order to win support from the government for the contract. This provoked the rebellion by the rank and file.

Johnson, fearful of a direct confrontation with the labor movement, backed off from employing a government-ordered return to work, relying instead on the trade union bureaucracy to contain the struggle. The strike lasted until August 15, when a contract was finally forced through. 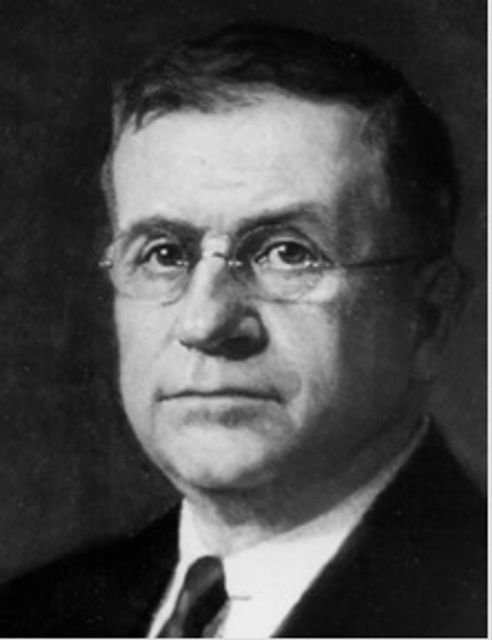 On July 25, 1941, US President Franklin D. Roosevelt launched his most aggressive attack on Japan short of an outright declaration of war, freezing all Japanese assets in the United States and bringing trade between the two countries to a halt. The action ended Japanese exports of silk to the US and in return stopped shipments of cotton, metals and, above all, oil to Japan.

Secretary of the Interior Harold Ickes had told Roosevelt one month earlier that a full embargo of oil to Japan would make it “not only possible but easy to get into this war in an effective way.” In 1939 the US accounted for 85 percent of Japan’s oil imports, most of it supplied from California.

Roosevelt announced the freeze on assets one day after Japan pressured Vichy France to allow it to move troops into French Indochina and set up air and naval bases. Japan sought to take by force what the US had been denying it through trade war. The occupation of Indochina was the first step toward establishing a base from which to dominate Thailand, Malaya, the East Indies and the Philippines.

Roosevelt accompanied the freeze of Japanese assets with several other measures, indicating American imperialism was willing to go to war to prevent Japan from establishing hegemony in East Asia and thus threatening US economic and military interests.

Among those measures were the placement of General Douglas MacArthur in command of American forces in the Philippines, then a US colony; the extension of the term of service for National Guardsmen and reserves for an indefinite period, beyond the one-year limit set by law; and the passage of a bill allowing the president to seize all strikebound plants to insure continuation of military production.

100 years ago: Heavy losses in Battle of Pozières 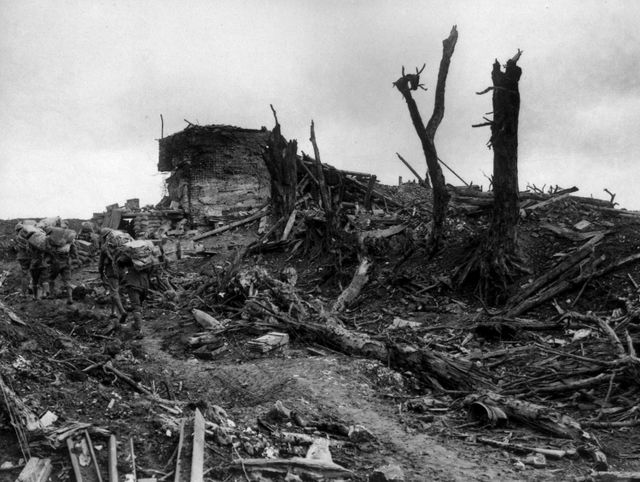 This week in July, 1916, heavy fighting between Allied and German troops around the village of Pozières in northeast France led to some of the heaviest casualties on the Western Front during World War I. The bloodshed occurred as part of the Allied offensive, led by Britain and France, in the Somme. On July 1, the first day of that campaign, Allied troops had suffered almost 60,000 casualties.

Over the ensuing weeks, the offensive became mired in a series of attacks and counterattacks, without any clear victor. Allied commanders viewed Pozières as particularly important, because of its role as a defensive outpost for Germany’s second line trench system. The ridge to the east of the village was also strategically sensitive, as a potential base of operations against German positions to the north. Between July 13 and 17 British forces made a number of moves against the village, which were repelled with heavy casualties.

A full-scale assault was planned for July 22-23. It involved a British reserve division and three Australian divisions. Allied forces succeeded in capturing the village on July 23. Germany responded with a massive artillery bombardment, which reached its peak on the night of July 26. The Australian first division reported 5,285 casualties by the time it was relieved the following day.

In the course of the week’s fighting, three Australian divisions suffered a total of 23,000 casualties, including almost 7,000 dead. Charles Bean, the pro-war correspondent who covered the Australian war effort in WWI, declared that Pozières was “more densely sown with Australian sacrifice than any other place on earth.”

Military command on both sides continued to send soldiers to their deaths in the Somme until the end of November, with troops often sacrificed for territorial gains measured in meters. By the end of the battle, the Allied forces had suffered almost 800,000 casualties, and German troops over half a million.

The Moscow Trials and the political genocide in the Soviet Union