Netflix’s Orange is the New Black, season 4: Does the positive outweigh the negative?

The fourth season of the Netflix series Orange is the New Black, the comedy-drama set in a women’s federal prison, attracted over 7 million viewers during the first weekend of its release in June, exceeding viewership for season four of House of Cards and superhero-themed, comic-book based Daredevil and Jessica Jones ––all on Netflix. The entertainment company, which first began creating its own television series and films in 2013, announced in February that it was renewing Orange for another three seasons, keeping its flagship series alive into 2019. 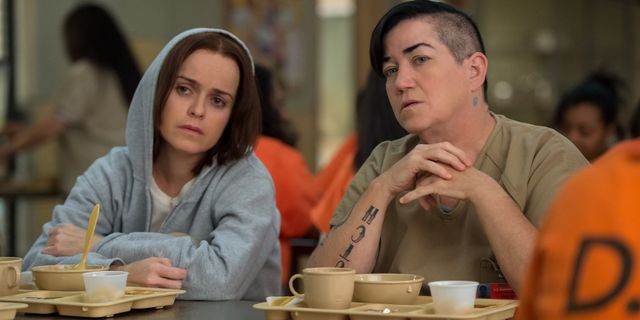 Having watched season four and written on the previous seasons, this reviewer greets news of several further seasons of Orange with limited enthusiasm. Based on what we have seen thus far (and also taking into account the usual trajectory of television series), one fears generally diminishing returns: more sensational romance, inside and outside of Litchfield Penitentiary (a fictional minimum-security women’s prison in upstate New York); more confusion about race and class; pot shots at current events and various oblique, unenlightening pop culture references. However, one hopes as well for some further genuine treatment of social life, including the suffering of the downtrodden like the mentally ill.

The latter topic was one of the saving graces of season four. The best storylines and scenes depicted life for the emotionally disturbed, and did it sensitively, vividly.

Suzanne (Uzo Aduba), introduced in season one as the stalker of protagonist Piper Chapman (Taylor Schilling), is a mentally challenged, middle-aged black woman who was adopted by a middle class white family. She struggled to fit in, even with loving parents and sister supporting her. In prison, she was ridiculed and manipulated at worst, and merely feared at best. Her moniker “Crazy Eyes” emerges as something of a defense mechanism, a survival tactic in an unforgiving environment.

Season four explains how Suzanne ended up in prison. She excels in her job as a greeter at Wal-Mart; her quirky, overblown efforts to find acceptance in normal social interactions do not land her in trouble with the boss––though it appears they might in a tense, humorous, well-done scene. In fact, these qualities earn her recognition as employee of the month.

However, Suzanne, left alone for the weekend, by a sister who wants just a little time alone with her boyfriend, cannot successfully navigate her environment. When she innocently seeks out the company of a child whom she met at Wal-Mart, one feels genuine sympathy watching the tragic situation unfold. Through no one’s fault, the circumstances entangle her with the justice system. 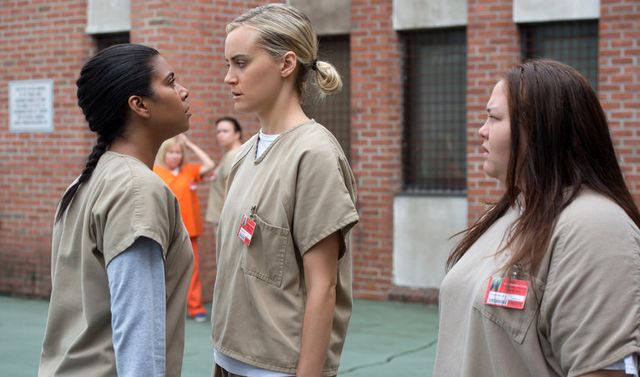 Similarly, the story of a schizophrenic named Lolly (Lori Petty) has the sensitive ring of truth. We watch her condition progress, as she loses the ability to work as a journalist and loses her grip on reality. She tours a substandard housing facility for those with mental illness, and a cruel resident plays upon her paranoia, convincing her to get a shopping cart and live on the streets.

In a colorful, uplifting scene, Lolly does exactly that. She has meaningful interactions with a sort of community of vagrants and generous citizens who help her along. She makes coffee from rainwater and sells it to make a few dollars. Seattle police terrorize her for peddling her coffee without a license in a gentrified part of town, landing her in jail. Once there, Lolly describes this charge brilliantly, “What’s the charge where you really want to put me in jail and you really have no reason to? Oh yeah, disorderly conduct.”

The treatment of Suzanne and Lolly is a high point of season four, and the creators of Orange deserve credit for that.

There are other thematic choices that merit praise. One plot line follows the romance between inmate Tiffany “Pennsatucky” Doggett (Taryn Manning) and a guard who ultimately rapes her in season three. Without going into too much plot detail, Doggett struggles with the traumatic experience of being raped. However, she does not find solace in revenge. It may be a subtle point, but when “rape culture” supposedly dominates, Orange bravely goes against the grain. The guard commits rape. It is despicable and damaging. But he is a person who did something wrong, not a monster.

Along with this theme of reconciliation, which reveals the humanity of certain guards, the series emphasizes the extreme cruelty of those guards who are veterans of US imperialism’s wars in the Middle East. Here too, Orange goes against the grain of official public opinion, and follows the truth instead, with meaningful dramatic results.

Ever eager to boost profits, the company that runs Litchfield, MCC, takes advantage of government subsidies by employing veterans. The latter served in Afghanistan, and run the prison along the lines of the US occupation of that country, disregarding human rights and life itself. They torture, racially profile and physically abuse the inmates. References to the Abu Ghraib prison in Iraq and the oppression of hostile populations hit home. The creators have clearly drawn from headlines about police killings as well, and meaningfully so.

I leave it to the viewer to decide if the positive outweighs the negative in this part of the series. In either case, the weakest elements also have to be weighed, and there are plenty of them.

The creators tend to confuse celebrity with class in the character of Judy King (Blair Brown), an amalgam of businesswoman/homemaker Martha Stewart and celebrity chef Paula Deen. Stewart served a five-month prison sentence in 2004-2005 for charges related to insider trading. Deen fell from grace in 2013––at least momentarily––when evidence emerged in a discrimination lawsuit that she had used a racial epithet. For what it’s worth, Orange treats the fictional King (i.e., Stewart-Deen) scandal humorously, suggesting the insignificance of this affair in the grand scheme of things. 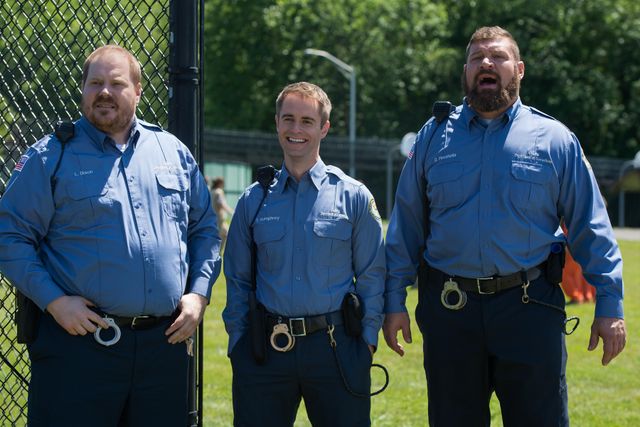 Season four of Orange fails most seriously in its treatment of warden Joe Caputo (Nick Sandow), who wavers endlessly and unconvincingly between doing the right thing for the inmates and climbing MCC’s corporate ladder. This strand of the plot had already worn thin by the end of season three. It drags on in season four primarily in the form of Caputo’s relationship with MCC executive Linda Ferguson (Beth Dover), a cold-hearted, despicable careerist. In sum, Caputo’s perpetual back-and-forth defies all credibility and makes for too many scenes that insult the viewer’s intelligence.

One of the difficulties is that the creators of a series like Orange is the New Black have a very limited understanding of the prison system as an institution and the role of the state in general. They are legitimately horrified by excesses and brutalities and are clearly aware that the privatization of prisons has been a disaster. But why are so many people locked up in the US? What is the relationship between that and social inequality, and the explosive tensions rife in America? Here, the series is far less satisfying.

Viewers will have to make their own assessment of the closing scenes of season four, in which the different ethnic groups at Litchfield come together in opposition to the new (Afghanistan veteran) guards’ cruelty. It appears that a riot is at hand, guards could be taken hostage and demands placed.

Is this an intuition about impending social explosions in the US, and the need to overcome ethnic and racial divisions to conduct a serious struggle against the status quo? This reviewer would suggest that such an interpretation would probably be giving the producers of Orange too much credit. We shall see.