A comment on the recent San Diego Comic-Con International

The 2016 San Diego Comic–Con International was held over several days in late July. In its 46th year, the event––originally dedicated to comic book art and science fiction––now encompasses almost every facet of popular culture.

The convention has become one of San Diego’s premier annual attractions. For the San Diego Police Department, it is another pretext to push the homeless out of the downtown area to make way for visitors and their money. God forbid the rest of the world should see the real San Diego. The event is estimated to have an economic impact to the city in the hundreds of millions of dollars (in 2013, $175.4 million to the San Diego Convention Center itself).

Tickets to the 2016 event cost $50 to $60 per day, not a small amount of money for most working class San Diegans. Of course, the trend of exorbitant ticket prices is not confined to Comic-Con. To attend any baseball, football or basketball game or music concert nowadays costs a healthy piece of change and it has become harder and harder to justify the events themselves for the price. One thinks, for example, of Coachella, the annual music festival in Indio, California, or the recent All-Star Baseball Game in San Diego. 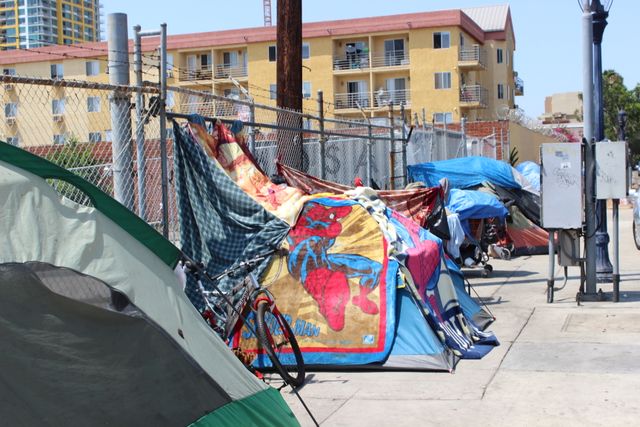 Homeless encampment, blocks away from the San Diego Convention Center

Access to art and culture in America, at least in terms of major venues and institutions, is increasingly the privilege of the well-off. At the same time, as we have noted on more than one occasion on the World Socialist Web Site, official culture in the US is more and more taking on an element of “bread and circuses,” distracting a weary and often poverty-stricken population from more pressing concerns with vapid spectacle.

At first glance, one could make the case that Comic-Con is just another such empty and bloated exhibition, but the reality is more complicated than that. Why do grown adults find such intense pleasure in dressing up like their favorite superheroes or villains for a few days? How have comic books, of all things, become the topic of would-be-serious intellectual life in the United States?

When looking at the attendance levels of Comic-Con since its founding (as the Golden State Comic Book Convention) in 1970, one notices a steady growth in the hundreds, then thousands of people throughout the first two decades. By the 1990s attendance explodes into the tens of thousands. In 2005, the event hosted over 100,000 people, the population of a small city.

What occurred in those years to propel a comic book convention to such remarkable prominence? Of course, there are many factors and a simplistic answer will not help anyone. But, in the most general sense, one would have identify the 1990s with political and cultural stagnation, with popular quiescence and paralysis. We are speaking, after all, of the period of the dissolution of the Soviet Union and the supposed final triumph of free enterprise, of “the end of history,” of the worship of Wall Street, of a widening gap between rich and poor and of the entry of the US into an epoch of never-ending war.

A terrible political and cultural vacuum opened up. Small wonder that many sensitive and alienated individuals in the US yearned for outer space, superhero status or at least a different era. There was not much in the atmosphere that would have encouraged a more challenging or critical path.

The fault rests not with individuals, but the times. In their own fashion, Comic-Con and related festivals suggest an unhappy and confused population. Many of the attendees have yet to find a great cause or purpose to dedicate their lives to, so in the absence of that, Dr. Who, Star Trek, Batman or something or other will have to fill the void.

As late as the 1970s, the so-called “counter-culture,” or its more radical, thoughtful components, for all their faults and limitations, breathed some fresh air into the popular consciousness. There was an element of anger and protest in the best films, books, movies and music of that time. Where can one find that today?

The present official culture celebrates brutality as much as it does banality. The truly “radical” questions of our time, according to many critics, academics and the media, are not war, poverty and dictatorship, but personal identity and lifestyle choices, above all, gender and race. In inverse proportion to the acceleration of the social crisis, the entertainment and music industries tend toward the bland and stale. 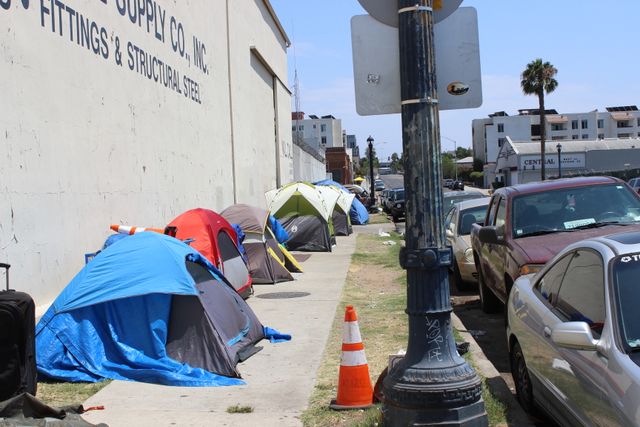 Several decades ago comic books were considered juvenile and “camp.” They could be colorful or enjoyable to the extent that they were not taken too seriously. Now they are treated with a reverence and weightiness once reserved for “high art.”

Consider some of the panels at this year’s Comic-Con that one would have had to pay good money to see and listen to. One, for example, celebrated “the glorious moviegoing nirvana of 1986” (Aliens, Highlander, Top Gun, Blue Velvet, Manhunter, Stand By Me, Ferris Bueller’s Day Off, Back to School, Big Trouble in Little China, Star Trek IV: The Voyage Home, The Fly, Short Circuit, Labyrinth, 9½ Weeks). Others considered such subjects as The Walking Dead, Teen Wolf, Scooby-Doo, “Inside The Big Bang Theory Writers’ Room,” Teenage Mutant Ninja Turtles, Power Rangers, Sharknado 4, “The Psychology of the Marvel TV Universe,” writer-director Kevin Smith, “The Cult of Adult Coloring Books,” and the inevitable in this day and age, “Artist as Brand: Rise of the Artist Entrepreneur.”

Again, it is not a matter of being a killjoy. Even foolishness has its place, but the willingness to submit to this degree of concentrated, relentless silliness cannot be healthy. How much of this––if any of it, frankly––caused the convention-goers to think or feel more deeply about life, or their own lives? To be fair, there was also talent and energy on display at this year’s event. However, by and large, triviality and the culture of dehumanization predominated.

Even more disturbing was a panel entitled simply, “Department of Defense and the Department of Homeland Security in the Entertainment Industry.” The event featured Pentagon officials––including the Department of Defense’s “Entertainment Media director” and “Unscripted director,” along with representatives from the Air Force, Army, Coast Guard and Navy––discussing how Pentagon and Homeland Security support might be procured “and what assets and services can be provided.”

There was a day when such a panel would have been impossible, and Pentagon officials chased out or at least the subject of ruthless satire by artists and intellectuals. Now the military brass are welcome guests and are allowed to recruit the future propagandists of tomorrow.

In addition to the usual militaristic video games that were unveiled this year, Comic-Con featured a presentation of a new product, “Looking Glass,” developed by the Pentagon and the Department of Education to “address gender discrepancy in engineering by promoting an increased interest in computer programming and robotics for middle school-aged girls,” according to a statement by the Cubic Corporation, a military contractor based in San Diego. Here we see identity politics comingling with war games.

The Pentagon, of course, could not care less about women’s rights, or anyone’s rights, for that matter. It is in the business of trampling on people’s rights––and people generally. The Defense Department, however, views Comic-Con as a means of building support within certain social layers and, if possible, accumulating cannon fodder for the next war. What would Gene Roddenberry, Isaac Asimov or Kurt Vonnegut have to say if any of one of them were still alive?

Truth about life can be presented in fantasy and science fiction, as well as any other artistic form. And there is no reason why comic books, and graphic novels, cannot be “true” art. Our criticism is not of the genre, but the ideas and sentiments currently being propagated through the genre, specifically the childish and simplistic “good vs. evil” storylines, the cult of blood and guns, misogyny, militarism, patriotism and so on.

The cultural impasse of the last several decades is only temporary. The week before Comic-Con took place, thousands of workers and youth in San Diego––of all races and identities––protested against police brutality and even briefly shut down a freeway before they were driven away by a swarm of cops.

There is a growing radicalization worldwide against the existing social system and its hollowed out institutions. As genuine popular struggles emerge in the US and globally, so too will the inspiration and means for a more penetrating, genuinely engaging and beautiful culture.