After 15 years of permanent war, it is no surprise that the “war novel” has emerged as a predominant form of contemporary American literature. For the most part, contemporary war literature reflects the degree to which militarism and the celebration of American imperialism have been consciously elevated by the ruling class as “official” culture. 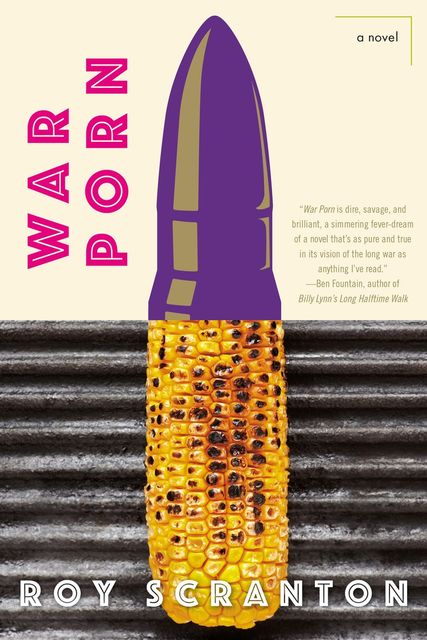 The most brutal of these works unapologetically glorify the death and destruction wreaked by the US armed forces on the impoverished people of the Middle East and Central Asia. Books with titles like “Kill Bin Laden,” “No Easy Day” and “Band of Sisters” repeat themes of love of country, battle heroism, and other such nonsense. The jackets of these books feature laudatory endorsements by generals and intelligence officials.

There are also many writers of a second type who attempt, without much success, to address general themes like the difficulties of reintegration into civilian life, the hardship of war, and the repressive atmosphere attendant to military life. Books like “The Yellow Birds,” “Youngblood” and “Thank You For Your Service” generally take the position that soldiers are placed in morally ambiguous positions by the contradiction between the essentially “good” character of the wars and the obvious fact that “war is hell.”

Whatever aesthetic skill the authors of these books possess is wasted by the fact that they are based on lies. It is widely understood that the US government and corporate media engaged in a fraudulent conspiracy to launch the wars in order to capture resources and secure the profits of Wall Street and the oil corporations. Fifteen years later the wars continue, with over one million dead. The destruction has triggered one of the largest migrations in human history. Those books which cover up these truths will be forgotten within a handful of years, and rightfully so.

But there is a third, emergent genre of war literature which is reacting against the first two types. Books like Phil Klay’s 2014 short story compilation Redeployment mark an important step toward an honest appraisal of the devastating impact that 15 years of the war on terror have had on social, cultural and individual life. Klay, a returning soldier, begins his book: “We shot dogs. Not by accident. We did it on purpose and we called it Operation Scooby.”

Scranton’s debut novel intertwines the stories of three people in the early days of the US invasion of Iraq. There is the US soldier who returns home and commits a crime as horrendous as those he committed in Iraq, and the Iraqi mathematician who aids the US occupation and ends up its victim. Then there is the autobiographical left-wing US soldier who serves alongside soldiers whose readiness to kill is justly presented as a dangerous form of mental illness.

The sensory material from which Scranton has drawn to write his novel consists of evidence of the most horrible war crimes committed by the US occupation forces against the people of Iraq. He portrays the material honestly and devastatingly.

Take, for example, Scranton’s description of the beginning of the US bombing campaign in March 2003:

“Day and night, bombs crashed into Baghdad. You watched it on TV, you heard it on the radio, you saw it from the roof and when you ventured out into the street: soldiers and civilians, arms and legs roasting, broken by falling stone, intestines spilling onto concrete; homes and barracks, walls ripped open; Baathists and Islamists, Communists and Social Democrats, grocers, tailors, construction workers, nurses, teachers all scurrying to hide in the dim burrows, where they would wait to die, as many died, some slowly from disease and infection, others quick in bursts of light, thickets of tumbling steel, halos of dust, crushed by the world’s greatest army.

“As the bombing grew worse, the terror of it stained every living moment. Sleep was a fractured nightmare of the day before, cut short by another raid. Stillness and quiet didn’t mean peace, only more hours of anxious waiting—or death. Even the comfort of family rubbed raw.”

The crimes Scranton describes have also shaped the political consciousness of hundreds of millions worldwide, and Scranton is writing on behalf of those upon whom the wars have left an indelible impression. He is attempting to take the images and experiences of 15 years and to present the wars as they really are.

One scene gives the reader a sense of Scranton’s laudable literary approach. He depicts an old blind man sitting in a park who “remembered the British biplanes of his youth.” He recalls Iraqi independence and “the shining dream of nation.” The old man ponders the exploitation of Iraqi oil by foreign corporations, the Nakbha in 1948, and the rise of the Baathists, who cut off his tongue for an unknown political offense. He sits amidst the US invasion, “listening to the thunder.” Scranton describes the man and explains: “For do I not yet write? Do I not mark the truth in my book? Do I not chronicle my poem for the ages, to be sung by my children’s children’s children? They would blind me, but I see the truth. I see the truth and I write the truth, and our truth shall outlive theirs.”

This is a healthy development for contemporary literature both in terms of its historical understanding and in terms of its objectivity. Scranton’s war is not one of equally valid narratives or ethically ambiguous situations. As the author recently tweeted, with sarcasm: “You know what would be awesome? More veterans whining about how nobody understands the moral complexity of being an imperial stormtrooper.”

Scranton’s attempts to depict beauty amidst the backdrop of the war are not saccharine. A returning US soldier ponders “feeling the war slip off like an old jacket,” echoing Hemingway’s brilliant and simple line from A Farewell to Arms: “the war seemed as far away as the football games of someone else’s college.”

The descriptions of Iraq in the hours before the bombing, for example, are striking. The Iraqi main character, Qasim, is awoken from a nightmare and looks out the window of his room at Baghdad:

“Dawn shone in a red line. Black palms rose like minarets and the minarets rose like rockets: the sky floated black under a starry blue sea, and that’s how they’d come at him, like sharks. Had it begun yet? Were the lights in the sky the sea, or the city?”

After the bombing begins, Qasim’s family watches their city under siege on CNN: “They watched balls of fire rise up in the night across the Dijlah, red and gold flowers blooming in the black water. They saw their city in green from above, in videos made by the men who were killing them, bright neon stripes cutting the screen, pale green explosions below.”