Nationwide strike continues by US and state prison labor

A strike by inmates in the US federal and state prison systems continues into its fourth week, under conditions of virtually complete silence on this struggle in the corporate-controlled media. Thousands of prisoners are taking part and dozens of prisons have been affected.

The strike began September 9, a date chosen to commemorate the 45th anniversary of the Attica prison revolt in upstate New York, which ended in a bloodbath in which 10 guards and 33 prisoners died.

Prisoners began planning the strike action in the spring, and worked for months to overcome the difficulties facing any coordinated action inside the state and federal prison systems, given lack of access to communication technologies and retaliation by the authorities, using prison lockdown and solitary confinement of the organizers, who included supporters of the Free Alabama Movement (FAM) and the Incarcerated Workers Organizing Committee (IWOC).

The goal for the work stoppage is to expose and eventually force the shutdown of the de facto slave labor system in which hundreds of thousands of prisoners work for no or extremely low pay. Some 900,000 of the 2.4 million persons in US prisons are compelled to work for little to no compensation. In the paying federal prison system, the average pay is 23 cents to $1.15 per hour. The federal prison system netted $472 million in sales last year. Overall earnings for the US prison system by way of slave and near-slave labor is now estimated to be $2 billion.

The scope and even the existence of forced, or slave labor, in the US prison system has been a fiercely guarded and suppressed issue in the mainstream mass media for decades. In the preparation of this article, searches for news of the current inmate action turned up exactly two articles in the corporate-controlled press. 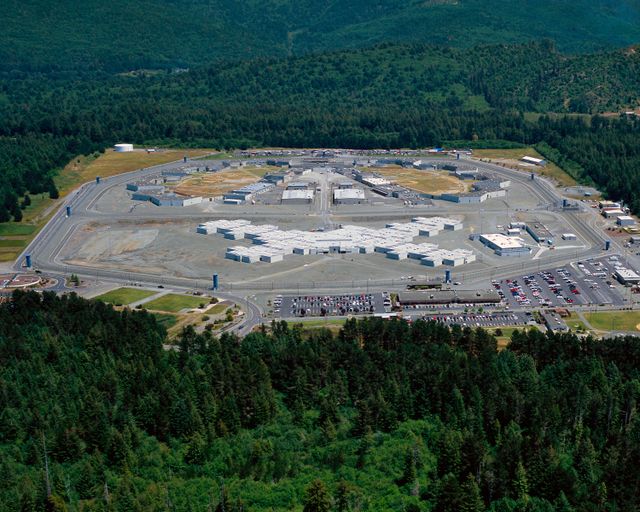 Strike organizers hoped to stop work at some 40-50 prison facilities in 24 states. There are unconfirmed reports that the response is far more extensive, and that in one case, in Alabama, prison guards actually staged a stay-away in solidarity with the prisoners.

One group of prisoners issued a manifesto which reads in part:

“This is a Call to Action Against Slavery in America. In one voice, rising from the cells of long term solitary confinement, echoed in the dormitories and cell blocks from Virginia to Oregon, we prisoners across the United States vow to end slavery in 2016.

“On September 9th of 1971 prisoners took over and shut down Attica, New York State’s most notorious prison. On September 9th of 2016, we will begin an action to shut down prisons all across this country. We will not only demand the end to prison slavery, we will end it ourselves by ceasing to be slaves.”

The September 9 statement finishes with a cry for help and support from deep within the bowels of America’s gulag: “Step up, stand up, and join us. Against prison slavery. For liberation for all.”

The number of human beings behind bars in the United States has hit a new high at an estimated 2.4 million. As has been widely and publicly acknowledged, the number far and away exceeds the prison population of any other country on the planet. The number does not include the many tens of thousands of “detained” immigrants, a majority consisting of families, including mothers and their children, from Latin America.

Inmate actions, including work stoppages and hunger strikes, have increased dramatically in the last 10 years throughout the US, including in the immigration detention facilities. Inmates have protested living and working conditions that include imprisonment in unheated cells with too little or no clothing, overcrowding in violent units, being fed rotten food and poisoned water, beatings and torture by sadistic guards, being restrained for long periods in stress positions, and long time lockups in solitary confinement.

At the country’s most crowded state prisons, in Alabama, objections by prisoners to guard abuse are rewarded with starvation, consisting of extremely small amounts of food, which the inmates call “bird feeding.” When prison “consultants” pointed out that 14 of Alabama’s state prisons were antiquated hellholes and should be closed, state officials issued a proposal for spending $800 million for “state of the art” facilities.

A so-called rolling hunger strike involving over 30,000 prisoners in all of the California state system in 2013 brought national media attention to prisoner grievances, but changed almost nothing in the day-to-day lives of the inmates.

Objections to bad and sadistic treatment are always met by prison authorities with some form of harsh punishment, very often landing prisoners in solitary for protracted periods of time, especially for organizers and leaders of work stoppage actions.

But the issue of forced labor in the American gulag united and garnered the most immediate and widespread support and agreement from the federal and states’ inmates for the national work stoppage this fall.

In Texas, Arkansas, Alabama and Georgia, prisoners are worked on farms, on former pre-Civil War plantations picking cotton with armed guards sitting horseback, in garment and furniture factories, in hog and cattle meat packing plants, and other industries and trades for no compensation whatever. At night they are returned to cells without air conditioning where temperatures at times reach 150 degrees Fahrenheit. 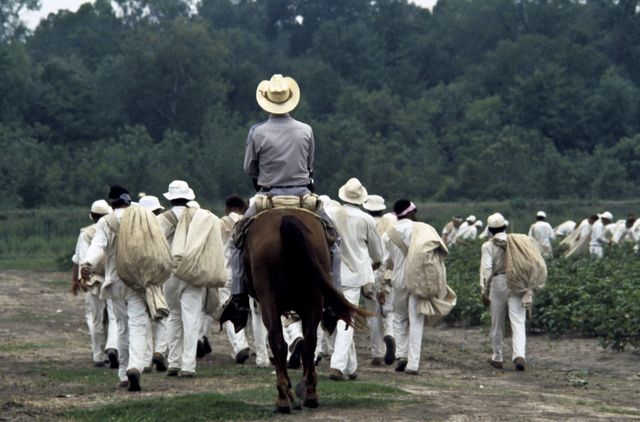 Whatever wage compensation an inmate is promised, studies have shown that 80 percent is taken from them in the form of room and board, taxes, or victim compensation payments. Inmates in Texas are charged $100 co-pays for seeing a health professional. US courts have ruled that inmates have no employment rights of any kind, arguing that they are not actually employees.

Some 80,000 persons are farmed out directly to various corporations for pennies per hour, virtually always with subcontracting intermediaries to shelter the corporation. Owners of entire factories have rented space in some the nation’s state prison systems for $1 lease agreements that have included free utilities and all but free labor supplied by the incarcerating institution. The hiring company thereby obtains exemptions for any vacation or holiday pay, and the prisons pick up medical and dental care, such as it is. When the hiring company suffers a market downturn, they abandon the workers to their prison cells, while the institution keeps them handy and available for a market uptick.

Corporations known to be indirectly (via middlemen labor brokers) or directly using prison labor include Walmart, which built a distribution center in Wisconsin with inmate labor in 2005. After media exposure and a community outcry about the project, the company issued a statement saying “forced or prison labor will not be tolerated.”

Unicor, a company that manages federal prison labor, boasts that inmate call centers are “the best kept secret in outsourcing.” For example, prisoners have been rented out to airlines for making flight reservations. And in Washington state, prisoners were rented for Jack Metcalf’s successful congressional campaign to call potential voters, reminding and assuring them that the candidate was running as a strong advocate of the death penalty.

The American public might assume that the 13th Amendment to the US Constitution outlawed slavery. It did. But with a significant exception. The amendment reads in part, “Neither slavery nor involuntary servitude, except as a punishment for crime whereof the party shall have been duly convicted, shall exist within the United States.”

Following passage of the 13th amendment, between 1865 and 1868, the Texas prison system population quadrupled, and southern state prisons immediately began a convict leasing program. According to Robert Perkinson in Texas Tough: The Rise of America’s Prison Empire, the private leasing of prisoners opened “the door for any company or individual to hire for railroad construction, mining, iron smelting, or irrigation.”

The US prison system, state and federal, had not seen such an explosion in incarceration from the late 1860s until the beginning of the so-called US war on drugs and the passage of the United States Violent Crime and Law Enforcement Act of 1994. The legislation was sponsored by Representative Jack Brooks of Texas, authored by Senator Joe Biden of Delaware (now Vice President Biden) and signed into law by President Bill Clinton, with the support of his wife Hillary (now the Democratic presidential candidate).

The 356-page document put another 100,000 police officers on the streets of American cities and provided another $9.7 billion for the building of prisons. The legislation also sanctioned much greater use of the death penalty in the US, creating 60 new offenses for which the federal government could execute people.