On October 15, 1991, the US Senate voted narrowly to confirm Clarence Thomas as an associate justice of the Supreme Court, after three days of nationally televised hearings on charges that he sexually harassed female employees. Thomas, a black conservative, was nominated by President George H.W. Bush to replace Justice William Brennan, a liberal judge who retired in July, 1990.

The sexual harassment charges against Thomas were made by law professor Anita Hill, who gave detailed and convincing testimony, with extensive corroborating testimony by other witnesses. Thomas’ defenders offered no evidence but his own denial and a series of smears against Hill, claiming first that she was lying and then, after she passed a lie detector test, questioning her sanity.

Anita Hill had no motive to lie about Clarence Thomas. By all accounts, she was a conservative, religious, black Republican who was an eager recruit to the Reagan administration and fervently supported the failed Supreme Court nomination of her former law professor, Robert Bork. As Thomas’ former special assistant, she stood to gain considerably in the legal profession through her past association with a sitting Supreme Court justice. Thomas, on the contrary, had every reason to lie, in order to gain a lifetime appointment to one of the most powerful positions in the capitalist state.

Moreover, there was ample evidence of Thomas’ ability to lie in the most self-righteous of tones. For a full week, at the earlier session of the Judiciary Committee, he maintained that none of his recent political writings had any bearing on decisions he might make on the Supreme Court. He declared that he had no opinion on abortion rights and had never discussed the subject with any person in the 18 years since the Roe v. Wade decision was handed down.

Thomas even had the gall to claim that opposition to his nomination was based on race prejudice and that he was the victim of a “high-tech lynching.” This from an official who made his career as the main black spokesman for the Reagan-Bush policy of dismantling civil rights programs.

The conservative views of Thomas were evident in his eight years of service in the Reagan administration, two years on the legal staff of the Monsanto Corporation and two years as a US Appeals Court judge, where he succeeded the infamous right-winger, Robert Bork.

Thomas was confirmed as an associate Supreme Court Justice by the narrowest margin of any confirmation in over a century—52 to 48. One of his main advocates on the Judiciary Committee was Strom Thurmond, one of the most vicious defenders of Jim Crow segregation. 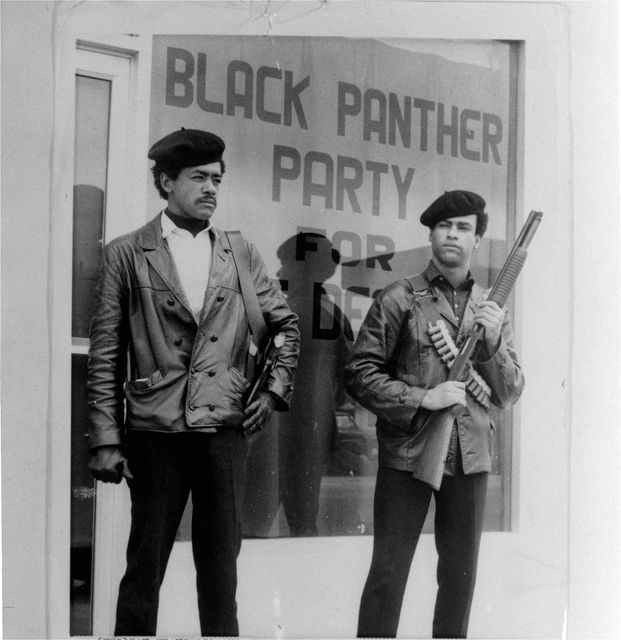 On October 15, 1966, in Oakland, California, Huey P. Newton and Bobby Seale formed the Black Panther Party, with a founding “Ten Point Program” focused on a series of black nationalist demands, what Newton and Seale called the “power to determine the destiny of our Black Community.”

The program called for “full employment for our people,” “an end to the robbery by the white men of our Black Community,” education that “teaches us our true history and our role in the present day,” and exemption for “Black men” from military service. The document’s “beliefs” section called for financial reparations for slavery and suggested that “the means of production” should be taken from “white American business men.”

The Black Panther Party arose in the context of the wave of urban riots of the 1960s, working class uprisings that came in response to police brutality and poverty, as the reformist tactics of the established civil rights movement, led by Martin Luther King, Jr., were losing their attractiveness to young black workers. The Panthers also sought to tap into growing opposition to the war in Vietnam, which was fought disproportionately by working class draftees and whose enormous financial costs were placing in question the viability of the Johnson administration’s reformist program, the Great Society.

The Panthers grew rapidly in the late 1960s, spreading to dozens of cities by 1970. However, the organization’s emphasis on militant action and revolutionary rhetoric at the expense of political clarification made it vulnerable to infiltration by the notorious COINTELPRO program of the FBI, whose director, J. Edgar Hoover, held the Panthers to be “the greatest threat to the internal security of the country.” By the early 1970s, FBI harassment, infiltration, frame-ups, bombings, and assassinations—including the brutal murder of Fred Hampton by Chicago police—had crippled the Panthers.

75 years ago: US Communist Party supports ban on war-time strikes 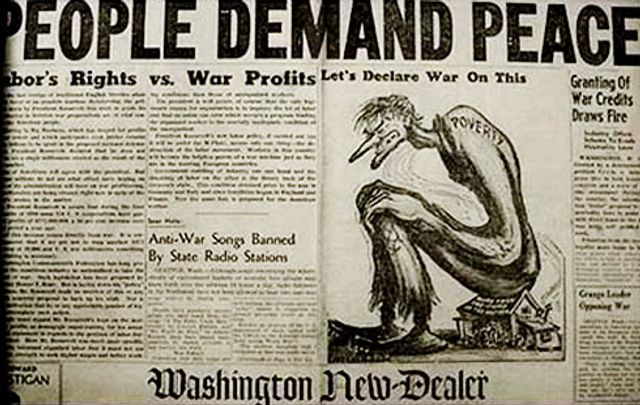 A CPUSA headline before German invasion of Soviet Union

On October 10, 1941 the American Communist Party (CPUSA) announced its support for a no-strike policy, following agreements between the administration of President Franklin Roosevelt and the Kremlin bureaucracy headed by Joseph Stalin that the United States would provide limited military aid to the USSR in its battle against the invasion by Hitler’s armies.

“President Roosevelt rightly declared that this is not the time to take chances with the national safety through any stoppage of defense work or defense production,” stated an editorial of the Stalinist newspaper, the Daily Worker. The announcement initiated a policy that would lead to five years of outright strikebreaking by the Stalinists against the struggles of American workers to defend their standard of living while the defense industry raked in massive war profits.

The CP solidarized itself with the pro-war labor bureaucracy by favorably quoting AFL President William Green’s declaration: “Here and now in plain words I call upon every member and every union in the American Federation of Labor to stay on the job and keep defense production going at full blast.”

The CP’s policy was not based on a revolutionary defense of the Soviet Union and the October Revolution, and the genuine historical interests of the international working class, but on the American Stalinists’ subservience to the Soviet bureaucracy and its policy of “socialism in one country.”

Before Hitler’s June 22, 1941 invasion of the USSR, the CP had opposed US involvement in World War II. Now the CP appealed to US and British imperialism to open a western front in Europe against Germany, and agreed to suppress any independent struggle by the American working class. 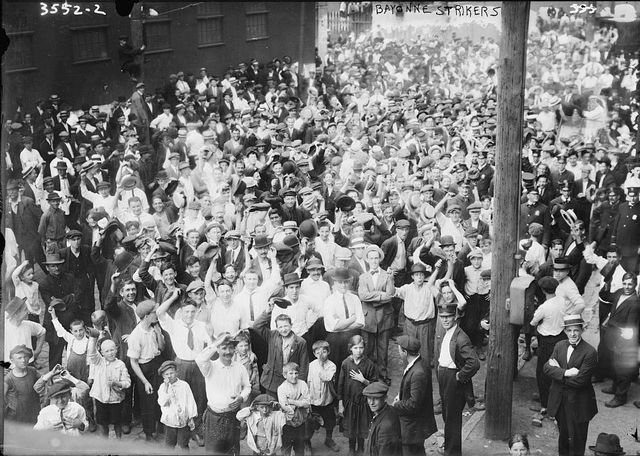 On October 11, 1916, clashes broke out between striking workers and police in Bayonne, New Jersey. Workers at John D. Rockefeller’s Standard Oil refiners had been on strike since October 4.

The 1916 strike followed a previous dispute at the Bayonne refineries in the summer of 1915. By July 1915, there was increased demand for oil due to World War I, reflected in the earnings of Standard Oil’s Bayonne refinery, which increased from $3.5 million in 1914 to $6.5 million in 1915. Employees were expected to work faster and longer in order to meet the increased orders. The strike in 1915 demanded pay increases and better working conditions.

Standard Oil was known for its repressive stance towards labor demands. The 1915 strike lasted two weeks. During that time a number of people were killed and injured. Armed guards hired by Standard Oil were responsible for several deaths, but no one was held accountable in the inquiries held in the aftermath of the strike.

The 1916 strike was over the same matters left unresolved from 1915. Workers at the refineries, many of them European immigrants, were still paid an inadequate wage, worked long hours each week, and were subject to arbitrary rules and regulations enforced by vicious foremen. The strike demands included pay increases, an eight hour working day and a fairer labor hiring and firing process.

As in 1915, the company refused to deal with the strike committee or to meet their demands. Hoping that an early display of force would prevent the rioting that had occurred in 1915, the police, heavily armed, took up positions near the entrance to the refinery. On October 10, when 1,200 striking workers blocked the entrance to the refinery, Standard Oil decided to close down the entire works, putting 4,600 men out of work.

In the clashes between workers and the police that began on October 11, three police and eight workers were shot and wounded. The unrest continued intermittently until October 13.

The strike ended on October 20. A general promise by federal mediators to look after the interests of the workers and by the general manager of the company to “better the conditions of the men” was invoked by the unions to shut down the action. During the two weeks of the strike, four people had been killed and another 34 wounded.