The Socialist Equality Party (SEP) held two election campaign meetings last week in South Dakota: the first, on October 13 at the Rapid City Public Library in Rapid City, and the second the following afternoon at the Oglala Lakota College (OLC) on the Pine Ridge Indian Reservation. The meetings were the first SEP meetings held in South Dakota, and the latter was the first held on an American Indian reservation.

The Rapid City meeting was attended by students from the South Dakota School of Mines and Technology who were eager to discuss the perspective of the SEP.

In this meeting, Niemuth emphasized the role of Senator Bernie Sanders in corralling opposition back into the confines of the Democratic Party, the record of Hillary Clinton as an agent of imperialist aggression, and the necessity for building a working class antiwar movement to oppose war. He encouraged the students to attend the SEP’s November 5 conference against war at Wayne State University in Detroit, Michigan.

At one point in the meeting, a student expressed doubt about Niemuth’s claim that Clinton is one of the most right-wing candidates in history. Pointing to Clinton’s key role in supporting war in Libya and Syria, and her support for assassinations of US citizens and extrajudicial killings, Niemuth made it clear that Clinton was far from the “lesser of two evils.”

“Hillary Clinton has a long history—from her time as a senator when she voted for the invasion of Iraq in 2002, to her time as secretary of state when she led the charge in waging war in Libya—which indicates the right-wing warmongering policies she would pursue as president,” Niemuth remarked.

South Dakota is a strongly Republican state with very restrictive voting laws that prevent most third parties from appearing on the ballot. Despite this, there is strong support for Libertarian candidate Gary Johnson who is polling at 19 percent, only 10 points behind Clinton.

Rapid City is located in the Black Hills region in the far west of South Dakota. It is the second largest city in the state, with a population of approximately 70,000. Though there are some light manufacturing industries, mining, educational and health facilities in Rapid City, the major employer is the federal government, in particular Ellsworth Airforce Base, which is home to MQ-9 Reaper and MQ-1 Predator drone pilot squadrons.

In contrast to the rest of the state, the Pine Ridge Indian Reservation is historically one of the most reliably Democratic voter blocs in the United States. Despite this history, however, attendees at the meeting expressed their deep dissatisfaction and anger with the Democratic Party and their disgust with Clinton in particular.

The meeting at the reservation was held at the Woksape Tipi Library at the Oglala Lakota College near Kyle. The small library serves the college and is also the reservation’s only public library. 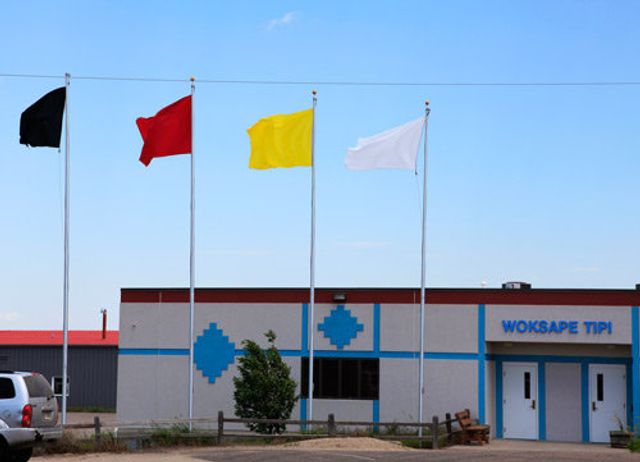 The Pine Ridge Indian Reservation encompasses an area of about 3,500 square miles. Population numbers are inexact, but it is estimated that the reservation is home to 30,000 to 60,000 people. It is one of the poorest regions in the United States, with unemployment estimated at 80-89 percent. In 2007, life expectancy was 48 for males and 52 for females, the lowest for any population in the Western Hemisphere outside of Haiti.

The meeting, titled “War and the 2016 Elections,” was attended by OLC staff and faculty and filmed by the local public access station KOLC TV for later broadcast throughout the reservation and on the station’s YouTube channel. 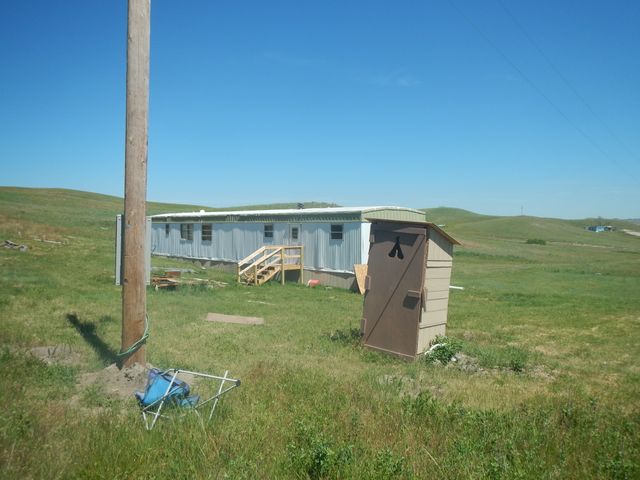 Residents of the Pine Ridge Indian Reservation mostly live on isolated tracts of land in manufactured homes or trailers, many without indoor plumbing. There is no public transportation to speak of and very few reliable cars.

The presentation centered on the danger of war, a topic ignored in the election campaigns of all major candidates and in the debates.

“The ruling class’s plans for war all over the world are deliberately being kept out of the elections to keep the American people from having a say in opposing plans for a massive escalation of the wars in the Middle East, along with plans for war with Russia and China,” Niemuth warned.

The dangers and effects of war are very real to the residents of Pine Ridge. With virtually no other avenue to obtain a college education or career, Native Americans enlist in the armed services at much higher rates than other groups. The US Veteran’s Administration estimates that Native Americans constitute 1.7 percent of active duty forces, while their proportion of the US population is only 0.8 percent. 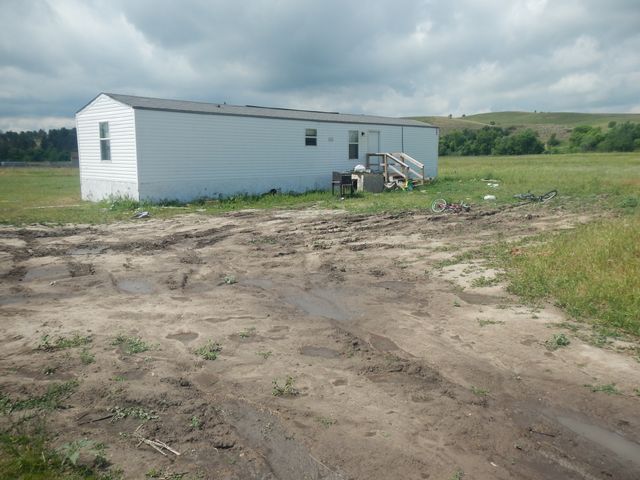 Decommissioned FEMA trailers are a common site on the Reservation and are given to families who applied for federal housing assistance after heavy spring storms in 2015 resulted in catastrophic damage. The trailers are intended to be a permanent housing solution.

Niemuth’s presentation was followed by a wide-ranging discussion. When asked about the Dakota Access Pipeline protests, Niemuth replied that access to clean drinking water, a clean environment, and other social rights cannot be guaranteed outside of the fight against capitalism.

Efficient and scientific distribution of society’s resources based on need rather than profit can only be guaranteed under socialism. Niemuth also stressed that the unity of the working class across ethnic or racial lines was the only means to achieving a high standard of living for those on the reservations.

After the meeting, the WSWS spoke with Margaret, an instructor at the college. In the course of the conversation, Ross indicated that even though she has a relatively good job, she does not currently have running water in her house and has to haul it inside in buckets. 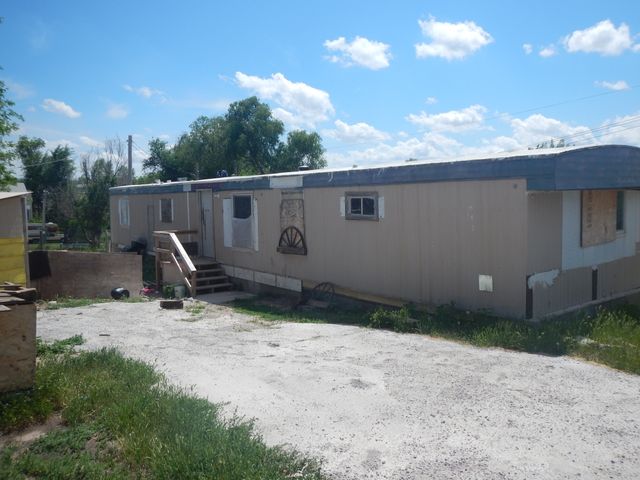 The condition of housing in Pine Ridge, the largest town on the Reservation, is no better than in more isolated areas. Even in town, many homes lack basic utilities and are open to the harsh South Dakota weather.

When asked what she thought of the meeting, Margaret said she came because she is sick of the Democrats and wants to see drastic change. “They’re all liars,” she said.