Workers at Libbey Glass in Toledo, Ohio discussed their strike, now in its second week, with Socialist Equality Party presidential candidate Jerry White and WSWS reporters on Wednesday. The workers walked out October 12 after decisively rejecting a company offer that included higher payments for health care insurance, work rule changes, and forced overtime, as well as an inadequate pay offer. 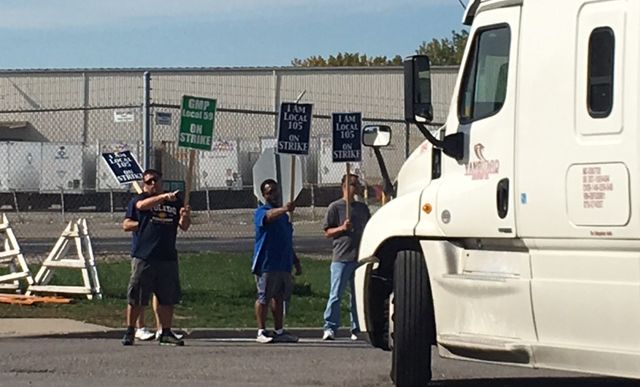 “Our raises are being sucked up by insurance hikes,” Trina, a machinist and a veteran Libbey Glass worker with 29 years seniority told a WSWS reporter.

“We are asking for minor things, and they are taking a major stand,” said another worker. “We haven’t had a substantial pay raise in a long time. The problem is that our raises are not on a par with increases in the cost of living. Our electric bills, gas and phone go up every year. We need to cut back our expenses as the cost of living increases.

“Actually we are working harder. They have increased our duties. We are doing more for less. We work seven days straight on a rotating shift. We only have one weekend a month off.” 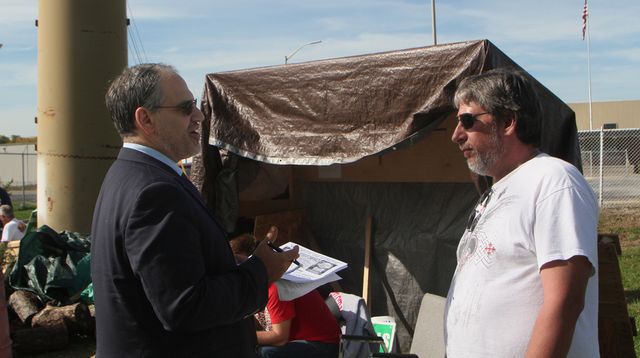 SEP presidential candidate Jerry White explained that his campaign supported the struggles by all workers for jobs and decent living conditions. He said the Libbey workers struggle was part of a broader struggle by workers all over the world against giant transnational corporations that scour the globe for cheaper costs and higher profits.

Workers expressed a wide range of views on the elections. Many were disgusted with both major parties, Democrats and Republicans. A few indicated sympathy for the positions of Donald Trump, who has made demagogic claims to represent the interests of American workers on the basis of economic nationalism and anti-immigrant agitation.

White said workers should reject the claim by Trump that workers in Mexico or China were to blame for the current dire economic situation facing American workers. “Workers in America must unite with workers in Mexico, China and Canada against these transnational corporations,” White explained. The enemy of all workers is a tiny ruling elite. “Just 65 billionaires have the same wealth as half of the world’s population together,” he said.

A striker named Jeff, with 17 years at the plant, said, “They keep telling us to work harder for less benefits. This is a typical case of corporate greed. It’s capitalism, absolutely. In my view they are pushing the excessive overtime because they want to get rid of time-and-a-half for overtime and work us at straight pay.

“We make wine glasses, tumblers and other glassware here. But since they have plants in other countries, they always hang the threat over our heads of shutting the doors here. It is company scare tactics. 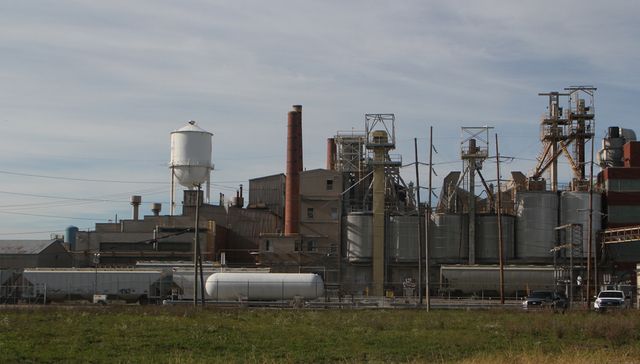 “I grew up in Toledo. Both my parents worked for Dura, an automotive parts company, which closed in the 1980s. Everything has gone downhill since then. President Obama talks about an ‘economic recovery’ but we aren’t seeing it. It’s all about corporate greed and the government protecting the rich. Obamacare hasn’t helped anybody. The government is working hand-in-hand with big business. It’s all about the dollar.”

White explained that whether Clinton or Trump was elected both were committed to expanding military violence abroad and accelerating the war against the working class at home.

Referring to the danger of wider wars, including against nuclear-armed Russia and China, Jeff said, “More wars are a scary thought. America should take care of its own people instead of policing the world. Think of what we could have done with the trillions of dollars spent on these wars. We could use that to help families that can’t feed themselves, we could spend it on building up the country so that everyone is working.

“It doesn’t matter if it is Clinton or Trump, big business and the government will still be walking on our backs no matter who you choose. People are getting tired of this and sooner or later they are going to rise up. It’s coming down to only the rich and the poor. They don’t want the working class to unite because that would be a thorn in their side.”

Jeff Gray, the co-chair of Machinists’ local and a skilled trades worker with 43 years at the plant, said, “They are constantly telling us that we are most the costly plant in the company. They have plants in Mexico and China and want us to compete with workers making very low wages.

“We are also upset about the mandatory overtime. Workers are on 12-hour shifts and they could force them to work an extra four hours with very little notice. This just takes away your family life. There are also rotating shifts, which we call the ‘Southern Swing Shift,” where you work seven days first on night shift, then seven on first shift, and another seven on second shift. You only get one weekend off a month. 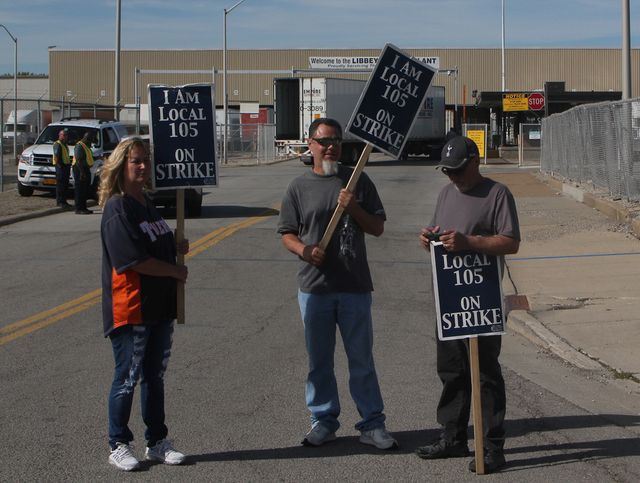 “The production workers are making glassware on the fly, next to furnaces that are really hot. There are studies that say working over eight hours makes you less productive, not to mention more open to accidents.

“I was hired in 1973 and in 1975 we had a strike that lasted two-and-a-half months. There were a couple of strikes in the 1990s. They want to get rid of our current medical insurance plans--which we have had for decades--and impose a new plan with higher deductibles and co-pays. That’s a pay cut.

“We are also opposed to the reduction in crew sizes. After the machine changeover for new glassware the company is not hiring everyone back.”

Trina said the company was acting in a provocative manner. “They took away our health insurance the first day of the strike. They also took away health insurance from the steelworkers, who are still in negotiations, even though there is a clause in their contract that says they do not have to cross a bona fide picket line. People now have no health insurance to pay for their treatment.

“They are being petty, calling the police for parking violations even though it is not their property. Members of [USW] Local 700 were sitting across the street to support us and they filed a restraining order.”

Tony, a young worker with two years at Libbey, said, “Neither Clinton or Trump fit the needs of people. My wife is a schoolteacher and we worked hard for everything we got. We have a kid on the way too. We are fighting because what’s at stake here is our jobs and the future of our children. If you don’t have a job you can’t provide for your family.

“In the past the unions fought but now they are rolling over, like at Jeep. It’s like they’re wolves in sheep clothes. You can’t win anything unless everyone sacrifices all at once to say we are a worthy workforce entitled to good pay, health care and pensions.

“It’s amazing. The corporations and the rich don’t pay taxes and yet people pay more. The Ohio Lottery was supposed to pay for the schools but we don’t see improvements. Trump boasted he didn’t pay income taxes for 20 years. He should be back-taxed and made to pay. If that was an ordinary working-class person their wages would be garnished and they would not be paid for work until their debt was paid off. The same should apply to Trump and all the multi-millionaires. But big business controls the politicians, including Hillary Clinton.”

Responding to the danger of escalating wars, Tony said, “All these wars have not helped Americans or the people in these countries that have been destroyed.

“In my view, if workers gather up collectively we could overthrow what we got and change things.”

Trina said there was wide sympathy for the workers in the community. “We have had a lot of support with Jeep workers and Teamsters coming by.”

Asked her thoughts about the elections Trina said, “The elections are less than a month away and if you ask me you can’t get a straight answer out of either of them.”