Throughout 2015, as evidence emerged of violations of safe water standards and a serious lead-in-water crisis in Flint, Michigan, federal water quality officials failed to intervene. Every Flint resident, and anyone who has followed news reports on the lead poisoning of the city through its water supply over the last year, is keenly aware of this. 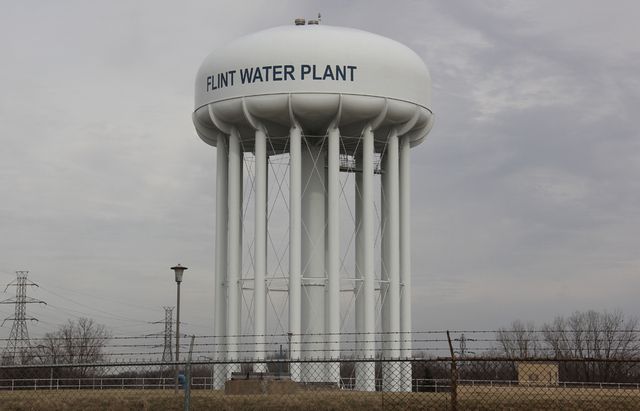 However, the Office of Inspector General (OIG) of the US Environmental Protection Agency (EPA) issued a “Management Alert” last Thursday demonstrating that the agency had the facts and the legal authority to carry out an emergency intervention as early as June of 2015.

In June 2015 EPA Region 5 (the Midwest region covering Michigan) water expert Miguel Del Toral issued an internal memorandum titled “High Lead Levels in Flint, Michigan - Interim Report.” In that memo, Del Toral detailed the water situation, including a timeline of events and his own findings from tests performed in resident LeeAnne Walters’ home. He pointed out that there was no program of corrosion control in place since the city switched to the corrosive water of the Flint River in April 2014. Given the high likelihood that there were many lead service lines delivering water to homes in the city, he recommended that the EPA immediately act to address the city’s violations of national drinking water regulations. 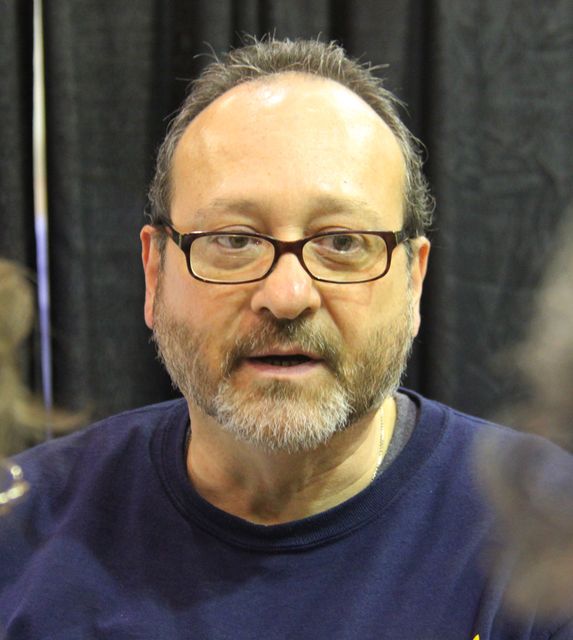 The EPA, in fact, did not act until January 21, 2016—a full seven months after Del Toral’s warning. During that period, a Virginia Tech University team, led by water expert Professor Marc Edwards, conducted an independent test of the lead levels in almost 300 homes in late August to early September. Based on the results, the team made a public warning that the water was dangerous to drink. Flint pediatrician Dr. Mona Hanna-Attisha performed her own study of the blood-lead levels of Flint children and found that the rate of lead poisoning had doubled since the switch to Flint River water.

Public furor reached such a point that on October 8, 2015, Michigan Governor Rick Snyder, after stonewalling residents’ complaints for almost two years, was forced to provide the funds to switch back to the city’s original source of treated drinking water. By then, even after the return to the treated water source, the water infrastructure was so damaged that lead would still be leaching into the water indefinitely.

Through it all, the Obama administration’s EPA was publicly silent.

The federal Safe Drinking Water Act (SDWA) mandates that the EPA “can and should” respond with emergency authority under section 1431 if “state actions are deemed insufficient,” according to the OIG report. In headline type at the top of its “At a Glance” page, the document was drafted, according to its author, Arthur A. Elkins Jr., because the Flint situation “Demonstrates a Need to Clarify EPA Authority to Issue Emergency Orders to Protect the Public.”

The report states: “These situations should generate a greater sense of urgency. We are issuing a management alert report on this matter to promote awareness and facilitate immediate EPA action.”

The OIG report maintains that the failure of the EPA to act in Flint was due to a jurisdictional misunderstanding: “Only in January 2016 did it become clear to OECA [EPA Office of Enforcement and Compliance Assurance] that even though the contamination continued to be unresolved by months of ongoing activity, the EPA Region 5 Regional Administrator did not adequately recognize the available authority under Section 1431 to take an emergency action.”

To back up its assertion, the document cites the “rarity” of the cases in which the EPA utilized section 1431 to take action in a municipality “in a state with primacy.” The majority of such orders where issued were to “businesses and federal facilities,” such as Native American lands.

It is a curious contrast to the “greater sense of urgency” that the EPA report purports to imbue, that no names are mentioned, nor any of the underhanded activities of EPA officials to obfuscate the dangers facing Flint residents. During the March 15, 2016 Congressional hearing on the Flint drinking water contamination, Dr. Marc Edwards testified that “every step of the way, EPA was there covering up for MDEQ [Michicagn Department of Environmental Quality].”

Edwards characterized recently-resigned EPA Region 5 Administrator Susan Hedman, who also testified at the hearing, as having the qualities the EPA most valued in an administrator: “Willful blindness, in this case to the pain and suffering of Flint residents, unremorseful for their role in causing this man-made disaster; and completely unrepentant and unable to learn from their mistakes.” Edwards added angrily, “Ms. Hedman said EPA had nothing to do with creating Flint. EPA had everything to do with creating Flint.”

EPA Administrator Gina McCarthy wrote an editorial in the Washington Post, timed to come out the day before the hearing, titled, “Michigan evaded the EPA on Flint. We can’t let that happen elsewhere.” She claimed that “from day one, Michigan did not act as a partner. The state’s interactions with us were dismissive, misleading and unresponsive.” She added, “Michigan did not act with a sense of urgency to treat the system and inform the public in ways we have come to expect from our state partners. While we were repeatedly and urgently telling the state to do so, looking back, we missed opportunities late last summer to get our concerns onto the public’s radar.”

In his testimony, Edwards described McCarthy’s editorial as a “revisionist history, where EPA was fighting MDEQ every step of the way, is just ludicrous.” He added that since the 2001-2006 lead poisoning crisis in Washington, D.C., he had been fighting unsuccessfully to expose and change the culture of corruption in the EPA and was expecting a disaster like Flint to occur.

The EPA OIG report will not ruffle any feathers, certainly not those of McCarthy. The fact that it took nine months since the EPA became involved in Flint to produce a report to reveal what had long been publicly known is telling of its “sense of urgency.” Since January, lead poisoning has been revealed in the water systems of major cities like Pittsburgh and Milwaukee. 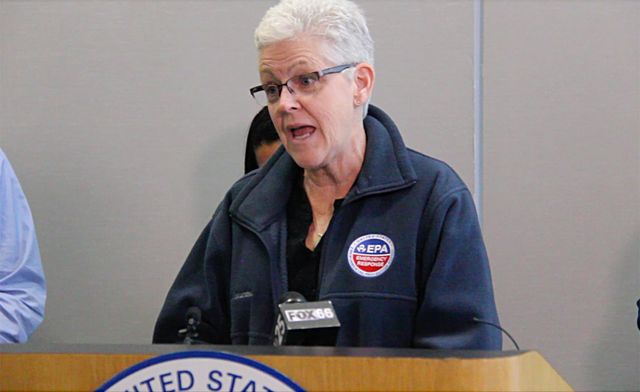 The EPA finally showed up in Flint on February 2, 2016 to give a press conference to announce its emergency plans to address the city’s water crisis. McCarthy spoke of the need to “rebuild trust.” When asked by a World Socialist Web Site reporter why EPA employee Del Toral was “silenced” after issuing his June memorandum, she denied that it ever happened.

EPA Region 5 Administrator Hedman was responsible for “handling” Del Toral and attempting to bury his June memorandum. At her March 17 appearance before the Congressional hearing on Flint, McCarthy defended the discredited Hedman down the line. 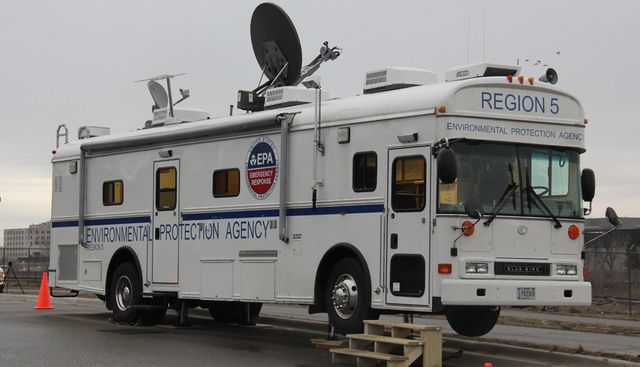 Days later an internal EPA email was released in which Del Toral expressed his anger and disgust at the organization: “I am really getting tired of the bad actors being defended, the bad actions being ignored, and people trying to do the right thing are constantly being subjected to intense scrutiny as if we were doing something wrong. It’s all of this ‘don’t find anything bad’ crap at EPA that is the reason I desperately want to leave. I am not happy to find bad things. It is completely stressful because it means children are being damaged and I have to put up with all of the political crap, but where these problems exist I will not ignore them. I truly, truly hate working here. EPA is a cesspool.”

EPA is a political entity, and a fairly recent one at that. The SDWA was put in place only in 1974. Its provisions, including the one cited in the OIG report, section 1431, were added even more recently. The agency and its rules governing safe drinking water were a nominal response to relatively new scientific knowledge of environmental hazards facing the population.

As more information on these threats such as lead poisoning was revealed through the efforts of dedicated professionals and scientists, political interests drove the government, represented by both the Democrats and Republicans, to undermine the spending needed to address them. According to Food and Water Watch, spending on public water infrastructure has been cut around 80 percent since 1977.