This week in history: October 31-November 6 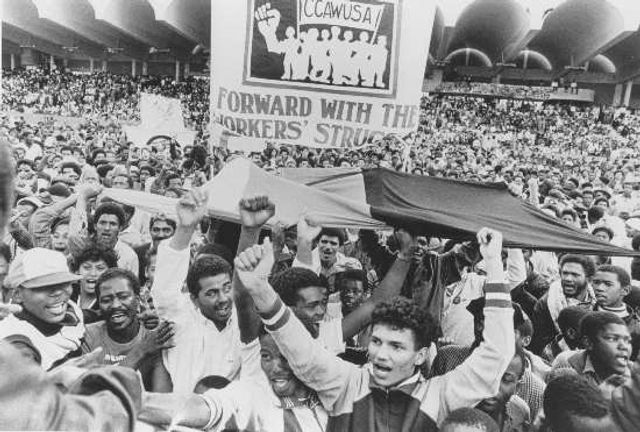 Millions of black South African workers staged a powerful two-day general strike on November 4-5, 1991 to protest the apartheid government’s attacks on their living standards and to carry forward the struggle against the government of President F.W. de Klerk.

Between 3 million and 4 million workers, including 70 to 80 percent of the industrial workforce, participated on each day of the two-day strike. It was the biggest strike in South African history. The strike was called in response to the government imposition of a 10 percent value-added tax (VAT) on September 30. The new tax covered almost all transactions and items, including most food staples and medical services, and was a vicious attack on the already meager living standards of the black working class.

Police arrested 108 people during 16 protest marches and demonstrations which were carried out in defiance of the authorities. At a battle between backers and opponents of the strike at a mine outside the town of Welkom, 160 miles south of Johannesburg, 15 miners died and 43 were injured on the eve of the walkout.

On the second day of the strike, police shot dead a black demonstrator and wounded five others in Daveyton black township, east of Johannesburg. Witnesses accused the police of opening fire indiscriminately on a group of blacks walking to a rally at Daveyton stadium.

Support for the strike was overwhelming, and could not be denied even by government spokesmen. In the main industrial region around Johannesburg, between 80 and 100 percent of the workforce heeded the strike call.

It was like a sleepy Sunday in Johannesburg, the business and industrial heart of South Africa, and the massive black township of Soweto, adjacent to it. Johannesburg’s commuter rail authority announced that it had only 5 percent of normal traffic on its trains on Monday, and only 2 percent on Tuesday.

According to the Congress of South African Trade Unions (COSATU), 60 percent of the gold and 90 percent of the coal and diamond mines were hit by the strike, and farm workers joined a national general strike for the first time.

The industrial cities of Port Elizabeth and East London were like ghost towns, as the vehicle manufacturing industry concentrated in that area was at a standstill. The strike was somewhat less successful in Cape Town and Durban, the two other big industrial centers, although here also half or more of the black workers observed the walkout. 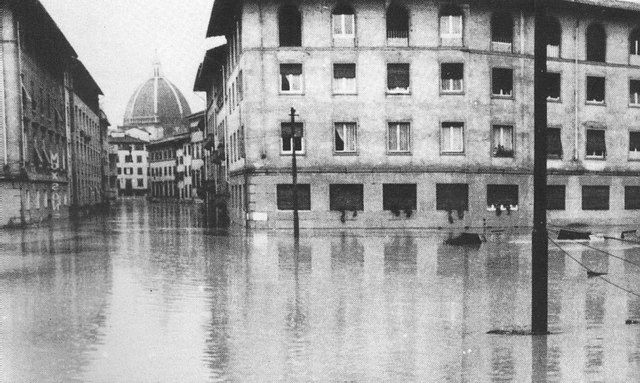 On November 4, 1966, a flash flood swept through Italy’s historic city of Florence and its surrounding areas, killing 149 people and destroying or damaging invaluable Renaissance art and literature. The water level from the Arno River reached its highest recorded level since the year 1333. Some 5,000 families were made homeless and 6,000 businesses were destroyed.

Abnormally heavy precipitation in the autumn had saturated the ground feeding the Arno’s tributaries in the mountains surrounding Florence. Rains on November 2 then melted early snowfall, increasing water volume and overflowing dams. By the afternoon of November 3 outlying villages began to report devastating floods, and civil engineers warned that Florence itself would imminently flood. Nonetheless, most of the city’s population was unaware of the danger, and no precautions had been taken to protect its historic patrimony.

It is estimated that between 3 million and 4 million manuscripts and books plus 14,000 works of art, many dating to the Middle Ages and Renaissance, were damaged or destroyed in the flood, which deposited 600,000 tons of sludge throughout the city. Among the museums and libraries affected were the world famous Uffizi Gallery, the National Library, and the State Archives, as well as historical and artistic collections at numerous churches, including Florence Cathedral and the Basilica of Santa Croce.

The unpreparedness and incompetence of government authorities was quickly juxtaposed to the spirit of solidarity and dedication of the youth and working class brought forth by the flood. On their own initiative and at their own expense, from all over Italy and Europe, tens of thousands of young people traveled to Florence to help with recovery. Many of these volunteers, nicknamed “mud angels,” spent weeks and months sifting through sludge to preserve the city’s unsurpassed artistic heritage.

75 years ago: Cetniks and Partisans clash in Yugoslavia 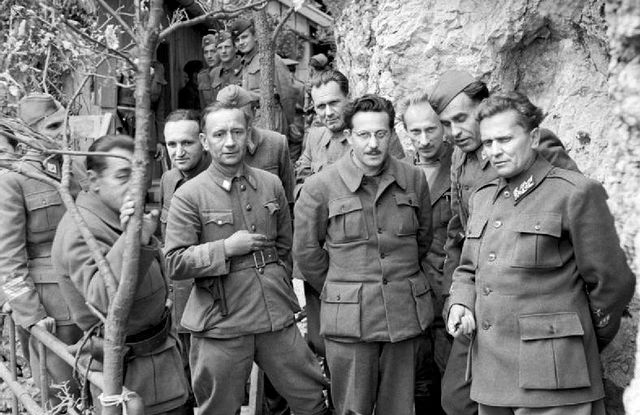 On November 1, 1941 in the midst of a massive offensive by German air and land forces against territories in Serbia held by Yugoslav Partisan units led by Tito’s Communist Party, the Serbian Cetnik forces under the nationalist Draza Mihailovic launched surprise attacks against Uzice and other Partisan positions.

Throughout October, and under Stalin’s orders, Tito had held negotiations with the Cetniks in an effort to establish a wartime popular front. The Partisans offered to place their forces alongside the Cetniks and under Mihailovic’s command. Tito also gave hundreds of weapons and thousands of rounds of ammunition to the Cetniks which were now being used in the attack on the Partisans.

While putting up fierce and bloody resistance to the German advance, the Partisans mobilized their remaining units and armed Uzice factory workers to halt and then drive back Mihailovic’s Cetniks, ultimately surrounding them. But Tito ordered a halt to the Partisan attack and futile negotiations were once again begun for a Cetnik-Partisan alliance. Many of the Cetnik leaders, while professing to be part of the Allied camp, were secretly receiving arms and money from the Nazis to attack the Partisans. While negotiating with Tito, Mihailovic turned over 365 Partisan prisoners to the Nazis to be executed.

Stalin received daily reports from Tito which spelled out the disastrous failure of the attempt to establish a popular front with the Serbian nationalists. Nevertheless, Stalin placed his alliance with British and American imperialism above the courageous resistance of the Yugoslav workers and peasants, which had forced Hitler to withdraw German divisions fighting on the eastern front against the Soviet Red Army in order to quell the uprising in Yugoslavia.

On November 17, Stalin met with Yugoslav royalists and British officials and agreed to publicly proclaim Mihailovic as the leader of the resistance to the Germans. For the next year and a half, Stalin remained silent while Mihailovic’s Cetniks received both Allied and German aid to fight the Partisans. 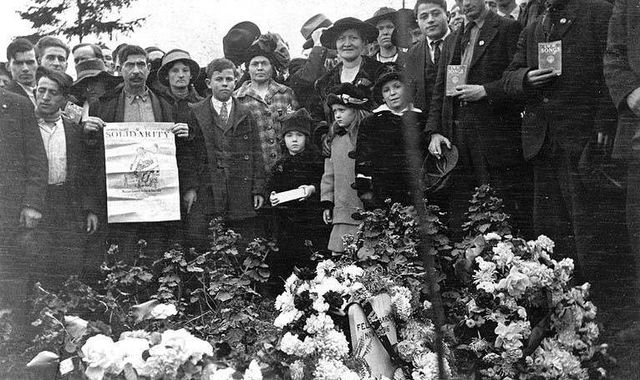 Funeral for victim of Everett Massacre

On November 5, 1916, armed sheriff’s deputies killed five members of the revolutionary-syndicalist and anti-war Industrial Workers of the World (IWW) in Everett, Washington. Known as the Everett Massacre, the murders followed months of increasingly brutal suppression of IWW members by local police and sheriff’s deputies.

Everett, a port city on Puget Sound, was completely dominated by the lumber industry. After a bitter strike in 1915, a 20 percent wage cut had been imposed on shingle workers. In May 1916 workers struck again demanding higher pay after the price of shingles soared. Most mills in the state granted a wage increase, but not those in Everett.

The IWW intervened in the strike in July, launching a “free speech” fight on the streets of Everett as part of an organizing drive. The response of the lumber companies and their state agencies became more and more violent as the strike continued. On August 19, strikebreakers had beaten up workers on the picket line while the police turned a blind eye. By September members of the IWW who tried to enter the city were being attacked and run out of town by vigilantes.

At the end of October, 41 IWW members arrived from Seattle by ship. They were met by the sheriff and 300 armed deputies. The IWW members were arrested and beaten, before being forced to run through crowds of deputies wielding clubs and whips as they were driven out of the town.

The attack provoked outrage in the labor movement and the IWW announced its intention to hold a public meeting in Everett on Sunday, November 5. More than 300 IWW members traveled from Seattle on two passenger vessels for the meeting. More than 200 armed deputies under the sheriff’s control waited on the docks for the ships to arrive. As the workers attempted to disembark, the deputies opened fire. Many of the IWW members crowded on the deck fell in the first volley of shots. Others jumped into the water. At the end of the mayhem five IWW members had been shot, a further six were missing and presumed dead and 27 were injured. Two deputies were also reportedly killed.

Seventy-four IWW members, including Thomas Tracy, one of the organization’s leaders, were arrested following the massacre and charged with the murder of the two deputies. Tracy was subsequently acquitted of the murder charge and the charges against the remaining IWW members were dropped.