Doctors, medical staff and supporters rallied last weekend in Sydney, Melbourne, Hobart, Cairns, Darwin and Newcastle in opposition to the Australian government’s brutal treatment of refugees. An estimated 5,000 protested in Sydney, up to 3,000 in Melbourne and hundreds in other cities. Demonstrations were held the previous weekend in Brisbane and Canberra.

The rallies were another indication of the popular opposition to the decades-long bipartisan attacks on refugees, intensified by the current Turnbull government’s move for more repressive measures. 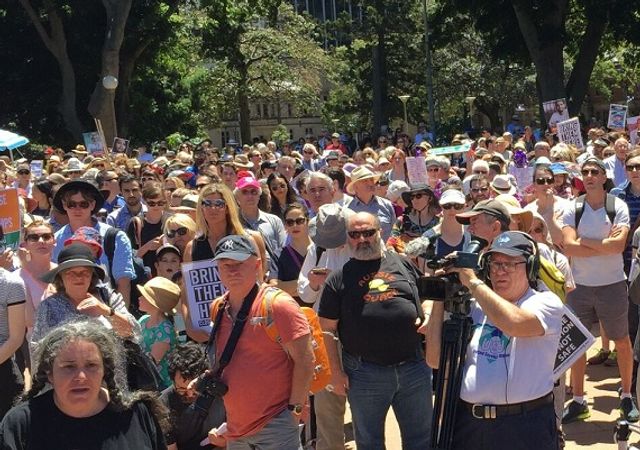 A section of the Sydney rally

The Liberal-National Coalition wants to place lifetime visa bans on all asylum seekers who attempted to enter Australia by boat. They will be barred from even visiting the country to see relatives or as temporary workers or tourists. This includes those who are officially recognised as refugees.

If passed by the federal parliament, the legislation will tighten restrictions introduced by the Greens-backed minority Rudd Labor government in July 2013. Labor re-opened the Manus Island and Nauru offshore detention centres and blocked refugees from ever living in Australia. The Turnbull government wants to backdate the new laws to 2013, when Labor introduced its measures.

The protests were organised by Doctors for Refugees and the pseudo-left dominated Refugee Action Coalition. Doctors for Refugees has called for the closure of the Australian detention camps on Manus and Nauru; an end to the mandatory, indefinite detention of asylum seekers and their children; and the repeal of section 42 of the 2015 Border Force Act which prohibits—under threat of imprisonment—medical and other staff from disclosing to the public the horrors of the detention camps.

The weekend rallies, however, were aimed at appealing to the very political agencies responsible for the persecution of the refugees—the Coalition government and the Labor Party—and promoting the illusion that Labor can be pressured to defend the interests of refugees.

Australian Greens leader Senator Richard Di Natale was among those addressing the Melbourne rally. He called on Labor MPs to “show real leadership” and join with the Greens and the community “to reject the government’s attempt to strip away hope from refugees.” None of the other speakers challenged Di Natale over the Greens support for the minority-Labor government in 2013.

In Sydney, Dr David Burger, a senior director of the British Medical Journal, declared that the protest was not about “politics” but “human decency.” He introduced Munjed Al Muderis, an orthopaedic surgeon for the military, who arrived in Australia by boat as a refugee in 1999. Burger described Al Muderis as an “asset” for Australia because of his role in the military and noted that under the current legislation he would not have been allowed to stay in Australia.

Doctors Without Borders Australia president Dr Stewart Condon appealed for Australian politicians to “rise to the challenge” and called on doctors and medical workers to “talk to your local member [and] stop voting for political parties which support policies of exclusion.”

Underlining the political orientation of the protest, Ian Rintoul from the Refugee Action Coalition called on those in attendance to raise their hands if you, “want to see the Labor Party next week stand up and vote against Malcolm Turnbull’s ban.” 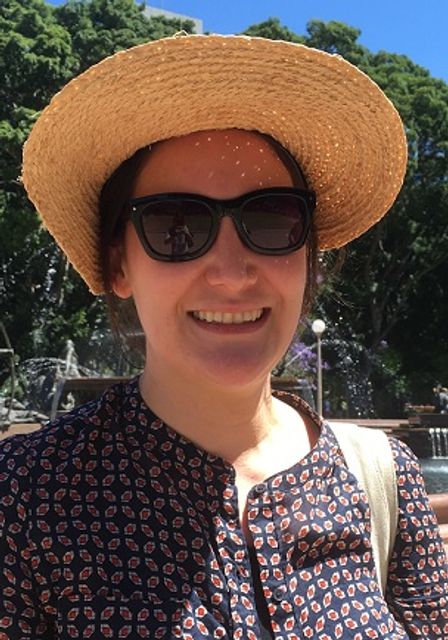 Isha said: “I work as a GP and I think this is a very cruel and inhumane policy. As doctors, we don’t exclude people on the basis of where they’re from and why they’ve come here.

“My husband is a refugee from Vietnam. If this policy were in place, I would never have had a chance to have met him and start our wonderful family. It’s cruel that families are being separated.

“I would have thought that in this day and age we would have moved on from these cruel and inhumane policies. Why won’t our politicians listen to us? They’re supposed to be our representatives. I’m not sure who they’re representing in this respect. But I hope that by getting a number of people together at least we’ll show what our interests are.”

Elsa, a videographer, moved to Australia from France almost two years ago with her partner. “We came here [to the rally] because we feel really concerned about immigration. The Australian government is really different from other countries. It’s obvious that they don’t care. They put everyone on Nauru. I was shocked.

“I remember Tony Abbott saying that they [European leaders] should behave more like in Australia and reject any immigrants. It’s just awful. A lot of people are dying and they’re fleeing their country—they don’t have a choice. The Australian government only wants people that will be useful for them. They’re not here to help people—they don’t care.” 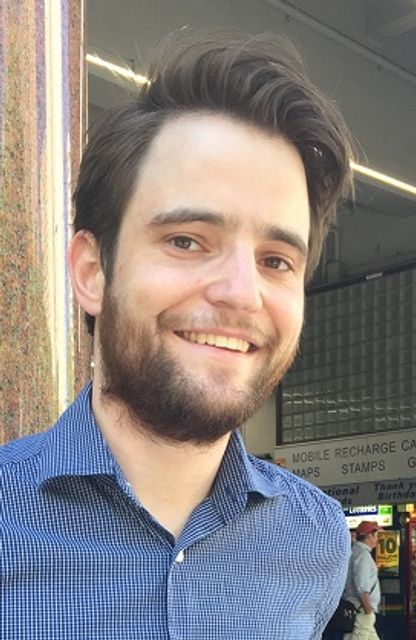 Nick, who graduated this year and will begin working as a doctor in 2017, said: “I’m here because—especially for those in the medical field but it’s also apparent for anybody else—the government’s policies are a contravention of normal ethical standards.

“The International Refugee Convention in 1951 enshrined in law the obligation to give people access to fair health treatment. This simply isn’t happening anymore. It’s been co-opted as a football of different parties to make an easy target, to provide a disincentive for normal human movement.

“The fact that people have to march through the city or whip up a big stink or have a fight about it to secure something that’s been written in law for more than 50 years is abhorrent. It doesn’t strike me as the thing that should be protested for. It should be a given.

“It’s a race to the bottom with those two parties. Kevin Rudd was out in the media a while ago blasting the lifetime ban when he was the one who quite happily endorsed very similar policies when he was gunning for office.”

When told about the Greens support for the minority Labor government in 2013, Nick said: “It’s not something I’m familiar with. I had previously considered them [the Greens] to be a pro-refugee party. I guess I’d been misled. I’m a little floored.”