Lion: A former homeless child searches for his town

Directed by Garth Davis; script by Luke Davies, based on the memoir A Long Way Home by Saroo Brierley and Larry Buttrose

Australian director Garth Davis’s first feature is about Saroo Brierley who was born in a regional Indian city but accidentally separated from his family at the age of five in 1986.

Homeless and unable to explain where he came from, Saroo was eventually adopted by a middle class Australian couple and grew up in Tasmania. More than two decades later, and thanks to the Internet, he located his Indian family.

Saroo’s extraordinary tale has already been the subject of a “60 Minutes” television program and a Google Earth commercial.

Lion, which has been nominated for six Academy Awards, including Best Picture, is a compassionate work and contains some compelling moments about the young boy’s poverty-stricken background and his struggle to survive after becoming separated from his family. The second half of the film, set in Australia, is trite and far less convincing.

Lion opens with Saroo (Sunny Pawar) helping his older brother Guddu (Abhisek Bharate) steal coal from a moving train. The proceeds are used to buy milk to help feed the desperately poor family. Saroo is raised by a single mother, Kamla (Priyanka Bose), who works as a labourer, gathering rocks for construction sites.

Saroo cajoles Guddu into taking him to the next town when he goes in search of casual work. That night, as he waits at the train station for his brother to return, the young boy gets into a stationary carriage to sleep. He wakes up locked inside a moving train which is travelling non-stop to Kolkata, 1,600 km away. 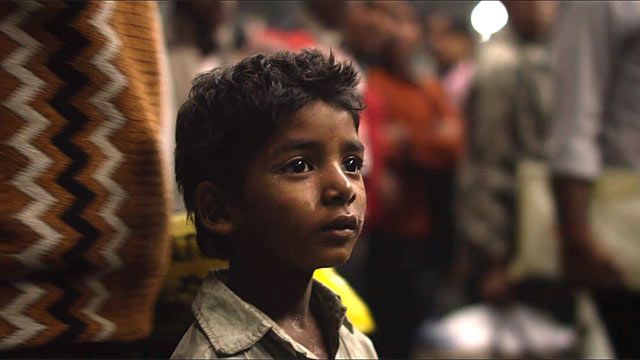 Saroo, who does not know the name of his village, tries without success, to find his way back home on random trains leaving Kolkata. Alone and penniless, he begs for food and steals to survive.

Saroo eventually winds up in an orphanage, but this is no safer than life on the streets; other children around him are taken away by those running the facility for beatings or worse.

Everything changes when he is adopted, via an agency, by an Australian couple and flies off to a new and very different existence. His adoptive parents, Sue and John Brierley (Nicole Kidman and David Wenham), are kind and generous and, from the brief montage that follows, the young boy easily settles into his new life.

The film jumps forward twenty years and the adult Saroo (Dev Patel) is leaving home to study in Melbourne. There he meets Lucy (Rooney Mara), an American student, and the two fall in love.

Lucy and Saroo have dinner with some Indian students and the language, food, and the smell of jalebi, a popular Indian sweet, bring childhood memories flooding back. One of the students tells him about Google Earth and so begins Saroo’s epic online search.

Using Google Earth, he traces train lines out of Kolkata, hoping to discover the only real geographic clue—a tall water tower at the station where he caught the ill-fated train. He narrows the search to some extent using an estimate of how far he travelled. But this radius takes in a vast area of about one million square kilometres—it’s like looking for a needle in a haystack.

Much of the rest Lion has Saroo poring over Google Earth—a lucrative product placement for the giant corporation—or in hazy flashbacks to his childhood. The more he scans online maps searching for clues about his past, the more he withdraws from Lucy and his adoptive parents. Saroo eventually makes a breakthrough and the movie ends with his returning to his hometown.

The first half of Lion is the more successful. Saroo cannot speak Bengali, the local language in Kolkata, and so is isolated and largely an observer.

Sunny Pawar, in a performance that has little dialogue, effectively portrays the lost child. Despite the grave dangers, few adults show interest in Saroo, alone and lost in this sea of humanity with scores of other children sleeping rough and struggling to survive. 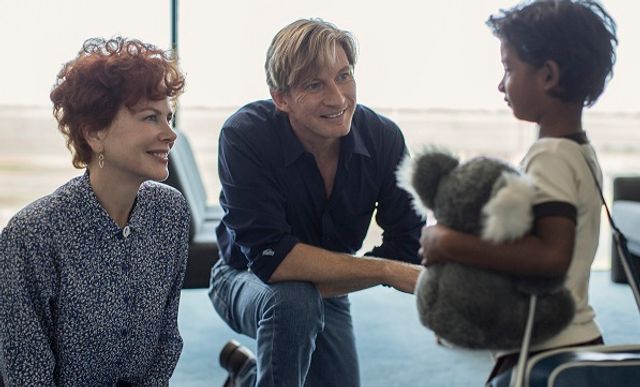 The camera is at the young boy’s eye-level, effectively placing the audience at his point of view as he wanders around the vast Kolkata railway station and its environs. Saroo’s social interactions, however, are few and far between and the child never really gets to know anyone in Kolkata.

Director Garth Davis, who made his name making television commercials, spends barely a minute establishing Saroo’s bond with his biological mother. This consists of one shared meal and some brief flashbacks, which are not enough to create a convincing onscreen relationship. His relationship with his brother is far too brief.

Lion contains nothing of the social perception or depth of character in films such as Bicycle Thieves (Vittorio De Sica, 1948), about a poverty-stricken working-class family in post WWII Rome, or Satyajit Ray’s Pather Panchali (1955), about a young boy growing up in small Indian village.

These movies, through a series of simple interconnected vignettes, provide tangible portraits of each of the characters, the bonds between them, and the world in which they live. Lion fails to take this approach and its emotional ending is predictable and cloying.

Difficult social issues referred to in A Long Way Home are not explored in the movie. For example, the Brierleys adopted another young boy from India, Mantosh (Divian Ladwa). He is seriously distressed and has ongoing mental health problems. Mantosh never really fits into the family and is eventually estranged from his parents. 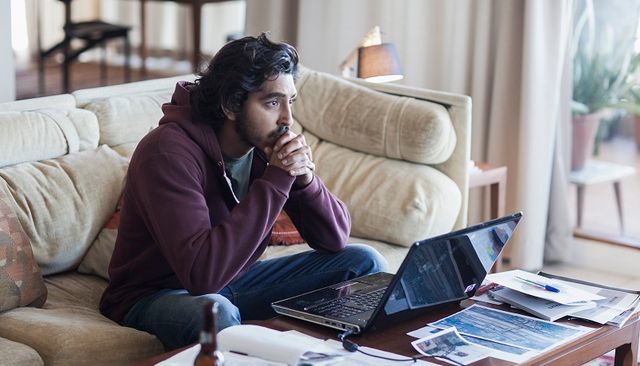 A Long Way Home details the background to Mantosh’s trauma. The young boy was physically and sexually abused in a juvenile detention centre in India. None of this is explained in Lion, leaving audience with no idea about the source of the young man’s problems.

Nor does the film give any meaningful sense of the familial bonds between Saroo and his adoptive parents, or his relationship with his American girlfriend Lucy. The few scenes between the adult Saroo and the Brierlys feel artificial and developed only to drive forward the narrative of Saroo’s quest.

Financial pressures on filmmakers today are enormous. Every movie, whether mainstream Hollywood fare or nominally “independent” like Lion, is expected to deliver immediate box office success. Lion is obviously constrained by these economic priorities and demands.

Lion’s producers fought and won a “bidding war” to secure the film rights, they said, because the story “taps into something primal in us as human beings—the need to find home and the need to know who you are” and had “the potential to captivate audiences across the world.”

Andrew Mackie, joint managing director of the film’s Australian distributor, ignored these banalities and bluntly declared: “We feel that Lion has similar potential [to] … The King’s Speech.” That film grossed $31 million in Australia and $430 million worldwide.

Instead of filmmakers being allowed—or seeking—to concentrate on the artistic veracity of their work, they are urged, even prodded in the direction of art as the “lowest common denominator.” Content that might supposedly undermine or weaken a given work’s commercial success is discouraged or avoided.

Notwithstanding the strong performance of Sunny Pawar and skilled cinematography and other technical accomplishments, Lion fails to transcend these pressures and consequently make no serious intellectual demands on its audience. Nor does it express any anger about the reality facing thousands of homeless children in India and elsewhere, and the social order that produced the horrendous plight they face.