The British science fiction television series Black Mirror, created by Charlie Brooker, recently concluded its third season. The series, originally broadcast on Channel 4 in Britain before moving to Netflix, has drawn considerable praise from critics for its depiction of the dark side of modern technology and its unintended, often horrific, consequences.

The series follows an anthology format. Each episode tells a separate story that takes place in either the future or an alternate version of the present. 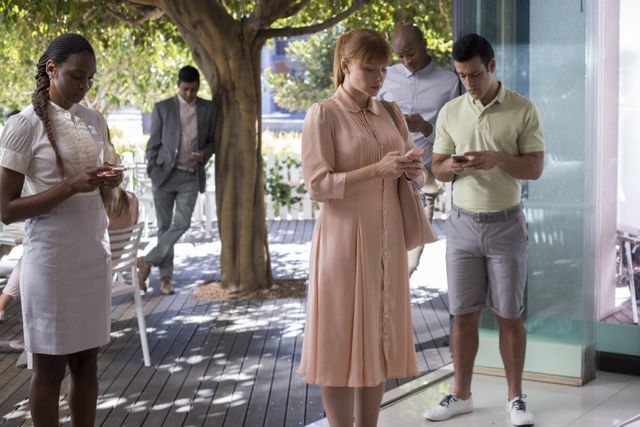 In “Nosedive,” for example, everyone’s social media profile is visible beside their head, and people can “rate” each other on a one-to-five scale. The resulting score determines each person’s social standing, employment opportunities and even where they can live. In “San Junipero,” science has developed the ability to completely digitize human consciousness, allowing sick or dying individuals to gain a sort of immortality by uploading their minds into a computer-simulated paradise. “Fifteen Million Merits” depicts a reality-TV dystopia where individuals are forced to watch vapid television programs all day, and the only escape is to enter an American Idol -like competition in the hopes of hosting one’s own show. In “Hated in the Nation,” victims of online hate campaigns end up dying in real life.

(We need to warn the reader that, because nearly every episode hinges on a narrative “twist” of some kind, it’s impossible to discuss the series without “spoiling” the various endings to some degree. However, since almost every twist is telegraphed within the first few minutes, a reasonably attentive viewer is unlikely to be greatly surprised anyway.)

Critics for the most part have lavished superlatives on the show, calling it, for example, “the most relevant program of our time” (James Poniewozik, the New York Times), “gripping cautionary tales about how technology makes people less human” (Melissa Maerz, Entertainment Weekly), “smartly written and well cast ... with darkly satiric overtones that distinguish it from most of what’s currently on U.S. TV” (Brian Lowry, Variety), and so forth. Many have drawn comparisons between Black Mirror and Rod Serling’s classic The Twilight Zone (1959-64).

Brooker himself is often held up as something of a Nostradamus of the digital age, with various episodes supposedly having predicted social phenomena of one sort or another (“The Waldo Moment,” about a foul-mouthed cartoon bear who runs for office, has been said to have anticipated the rise of Donald Trump).

It is certainly true that there is something “dark” and contradictory about the advancement of technology under capitalism, which subordinates all social questions to the drive for profit. Whereas advancements in automation, robotics and communications technology should create conditions for the elimination of poverty and the widespread raising of the social and cultural level of humankind, instead these technologies are used by a rapacious ruling elite to eliminate jobs, drive down wages and disseminate cultural rubbish and propaganda. The most cutting-edge technologies are appropriated by various military organizations, who use them to create advanced killing machines for imperialist war.

This is not due, however, to some inherent flaw in technological advancement, much less to inherent flaws in human nature. Rather, it is the result of the subordination of technology to the interests of those in power. While Brooker’s satire is occasionally pointed, his apparent blindness to this essential social fact severely limits Black Mirror’s ability to say anything enduring.

The series generally directs its ire toward rather easy targets. Occasionally the results are amusing, as when a character in “Nosedive” produces a chart calculating how her potential wedding guests will impact her social media rating, or when television advertisements in “Fifteen Million Merits” emit shrill tones if the viewer isn’t looking directly at them. Yet, the series never bothers to investigate the social roots of these problems.

Black Mirror, “Hated in the Nation”

Instead of insight, too often we get misanthropy. The nightmarish goings-on are almost invariably blamed on the population itself. One feels a knot in one’s gut whenever crowds of people appear onscreen, because they’re almost inevitably shown as being complicit in some kind of crime. “Hated in the Nation” is particularly guilty of this. In that episode, honeybee drones are reprogrammed to attack those who become the targets of online hate campaigns, making them the victims of a “hivemind” (a cringe-inducing metaphor if ever there was one). We are told that millions engage in these campaigns because the anonymity of the Internet grants them freedom from “individual responsibility.”

Another episode, “White Bear,” depicts large numbers of people taking part in the torture of a young woman, who has been convicted of child murder and sentenced to a “justice park.” We see bloodthirsty crowds that bring to mind the law-and-order hysteria whipped up around such cases, but, again, there is no indication that concrete political forces work to instill this in the population.

Though the series apparently strives for satire that “shocks” and “disturbs” the viewer, the conceptions here are conventional for the most part. The strong sense of pessimism that pervades the series dovetails with a certain middle-class outlook, one that gazes into the future and sees nothing but a long and torturous decline, which the outnumbered “enlightened” can only hope to endure.

What’s more, for all its claims of depicting the impact of digital technology on society as a whole, Black Mirror almost never strays from an upper-middle-class milieu. Brooker seems to have little interest in the conditions of broad layers of the population. The scenes that depict working class individuals are generally cartoonish and embarrassing, as in “Nosedive” where a foul-mouthed truck driver goes on about the need to quit playing the “numbers game” and live with greater “honesty.”

For a series preoccupied with the dangers of modern technology, it is bewildering that there is little or no focus on the vast government surveillance programs, drone assassinations, digital propaganda campaigns, high-tech military killing machines, etc. Nor is there any indication that digital technology could play a role in changing the social order, despite the increasingly central role of social media in organizing protests and other political actions. 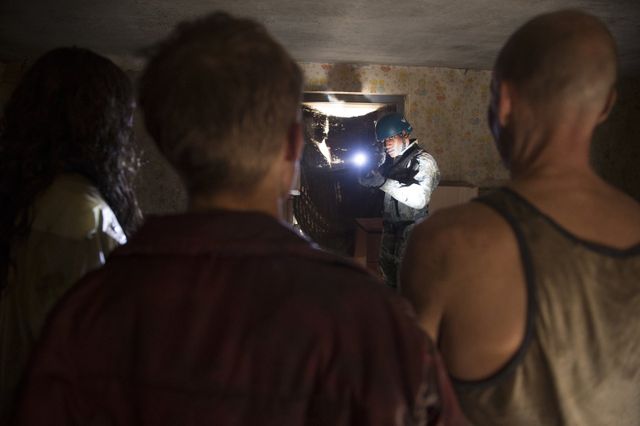 It should also be said that critics’ comparisons to The Twilight Zone aren’t truly appropriate. Despite that series’ occasional ham-fistedness and melodrama, it had a degree of social insight and a feeling for the fate of humanity largely absent in Black Mirror. The Twilight Zone took on (albeit indirectly) some of the important issues of the day: McCarthyism, social conformity, genocide, racism and the threat of nuclear war. Serling was a generally left-wing figure working in a difficult climate.

Some episodes of Black Mirror are more successful than others. “Men Against Fire,” in which visual implants convince American soldiers they are killing vampire-like monsters when they are actually gunning down innocent children and civilians, contains some useful moments. 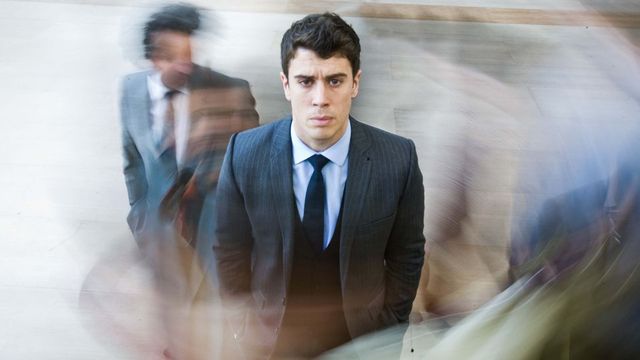 Black Mirror, “The Entire History of You”

The most successful episode has been “The Entire History of You.” That episode, in which a “memory grain” device allows individuals to record and replay their memories for each other at will, constructs a drama of marital infidelity in which the technology enhances the story, rather than becomes the subject of it. The scenes of a husband and wife engaging in bitter arguments, while literally replaying old memories as ammunition against each other, has a ring of truth and humanity that is absent throughout much of the series. Perhaps not incidentally, this is the only episode for which Brooker did not receive at least a partial writing credit.

Brooker does have a keen eye for technological evolution, and he occasionally does make sharp observations on the drawbacks and frustrations of supposed digital “conveniences.” But his ability to convincingly portray the future is hamstrung by his indifference to questions of social development. He can gaze far enough into the future to imagine all kinds of fantastic—and terrifying—technology, but he is as yet unable to imagine social relations changing (or apparently needing to change) much beyond their current state.

Black Mirror aims to show us the future, but it doesn’t yet have a firm grasp on the present. This murky reflection needs more clarity.