Hundreds of students from several New York City high schools walked out of their schools Tuesday to protest against President Donald Trump. Though the marches were called against Trump’s anti-immigrant measures, they were partly spurred by the Senate’s confirmation of billionaire Betsy DeVos as secretary of education. Five hundred students had gathered in the rain by 1:00 pm and more trickled into the park throughout the afternoon. 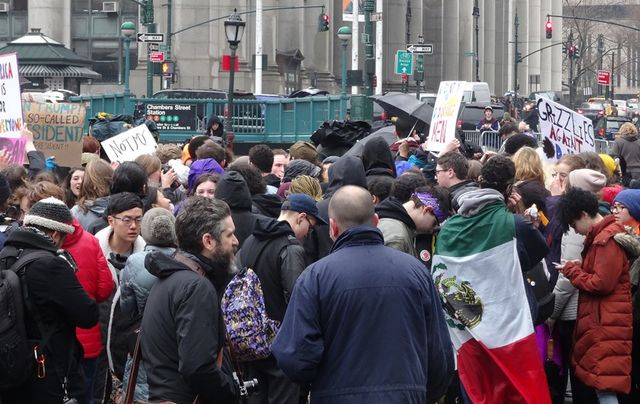 Part of the rally in Foley Square

Foley Square in lower Manhattan is surrounded by court houses and government buildings and often a site of protests. The growing participation of high school students in the anti-Trump protests is a sign of the depth of the popular social anger over his right-wing policies. The presence of hundreds of high school students in the streets is a sign that a younger generation, which has grown up entirely in the shadow of the Bush, Obama and now Trump administrations, is becoming politically radicalized. 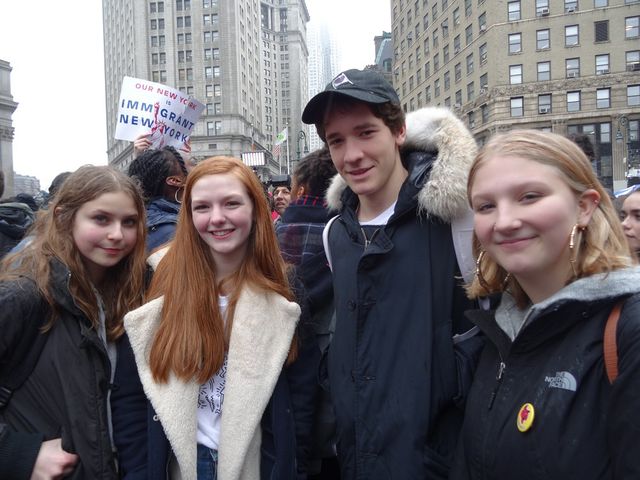 The demonstration had been announced only a week before by students on Facebook. It was originally organized by Hebh Jamal, a 17-year-old high school student from the Bronx, and fellow students, according to Seventeen magazine, whose call for a demonstration received an outpouring of support from students at other schools throughout the city. Many of the students made their own signs, with generally democratic sentiments such as “Silence=Violence,” “America is for everyone,” “Not My President,” or “Grizzlies for DeVos” (in reference to the absurd remark by DeVos that guns should be allowed in schools to protect students from grizzly bears).

Students chanted “You build the wall, we tear it down” and pro-immigrant slogans, sometimes while jumping in unison.

Natahlie, who came with a group of students from Brooklyn Prospect Charter school, said, “We are learning about protests in history. Now a lot of changes need to be made. Specifically for this protest we are here looking to get the end of the ban on immigrants. Hillary won the popular vote. Some here, including me, wanted Hillary to become president. Some wanted Bernie. But practically, from the protest, we want New York State to be open to diversity.” 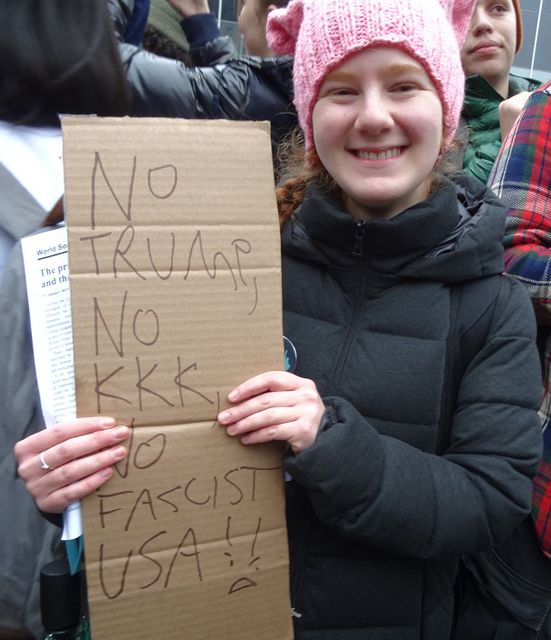 After the WSWS reporter explained the SEP position on how the Democrats and Republicans both acted in the interests of the ruling elite and the need for socialism internationally, Natahlie responded, “I would support socialism. Capitalism divides with racism.”

Four students from Beacon High School had arrived with a smaller group early and cheered when another group of about 50 more students from their high school marched into the rally. One of them, Eibhilin said, “We are against Donald Trump and his recent attacks on immigrants.” 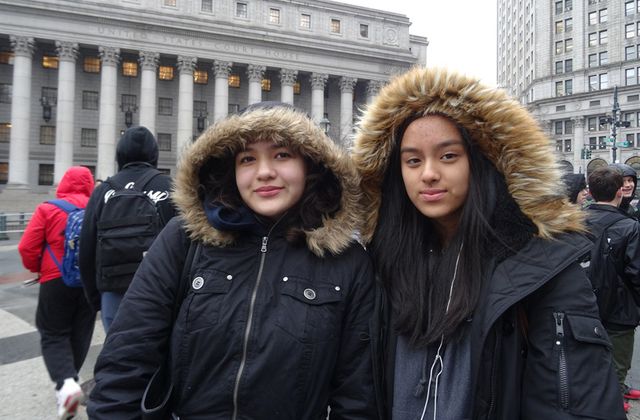 His friend Phoebe added, “He and his whole administration are ignorant of America and the reality of the people.” Ben, another Beacon student, agreed: “We are here to show that we are against the attack on our Constitution. It is necessary to show that not all America wants Trump.” Phoebe added, “We are especially showing we are willing to walk out of school.”

“We are risking our education,” added Lucca, another Beacon student.

Henna and Yolldooz were at the demonstration from Young Women’s Leadership School of Astoria. Henna described her reason for being there: “To fight for all people in America. What Trump is doing is really bad and affecting everyone’s lives. Most of the students in my school walked out. Everyone is coming together to be one.” Yolldooz commented, “Everyone here is either a Muslim who wants their rights or they are other religions that are against the new president’s racism. I don’t know if this rally will do something but it is our effort that counts.” 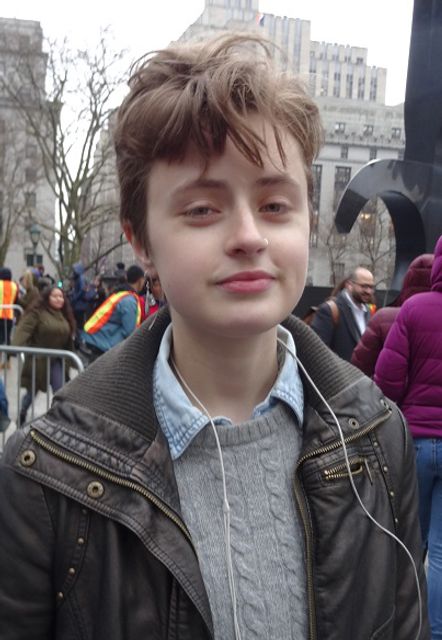 A college student on leave from Stanford University, Anna, stated about the political situation, “The Democrats cater to a small minority and pretend to act for a larger public. But we are in a two-party system that has no alternatives. We are screwed. If we do not have the Democrats, we end up with Trump. Obama deported more people than Bush. No president has their hands clean. The working class has been divided so long along color lines, they don’t see each other as allies.”

The WSWS reporter responded that that divisions are deliberately promoted by the Democrats and their pseudo-left allies and that young people, as the rally showed, as well as workers, will respond to a call for a united struggle.