In the course of a remarkable filmmaking career that spanned more than 50 years, Brazilian-born Alberto Cavalcanti (1897-1982) created some of the most poetically realistic and socially poignant films of the twentieth century. 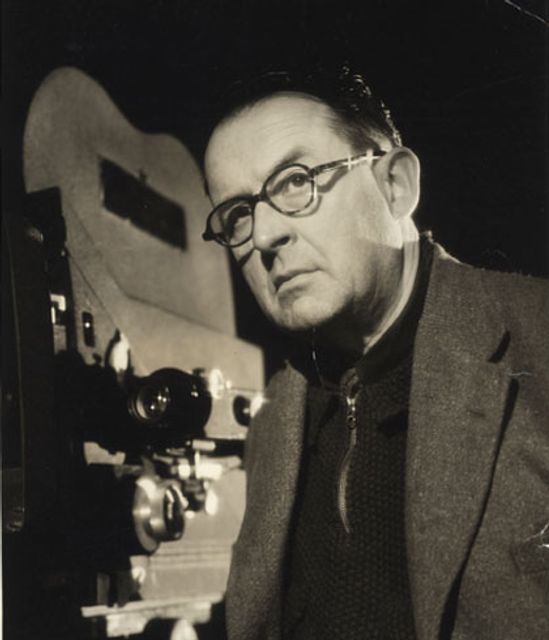 According to French film journalist George Sadoul, Cavalcanti was “one of the most important filmmakers in the history of cinema,” arguing that Cavalcanti made “significant and often basic contributions to the French avant-garde 1925-1930, to English documentary and the ‘Ealing’ style 1934-1948, and to the renaissance of the Brazilian cinema 1949-1952.” Thus he ranks as a landmark figure in three national cinemas.

Yet he is one of the least known and appreciated of the major filmmakers. The British Film Institute (BFI), for example, commented that Cavalcanti is “the most significant figure in British cinema history who still lacks an English-language biography.”

Born in Rio de Janeiro, Cavalcanti was sent by his father at the age of 15 to study architecture in Geneva. The future filmmaker moved to Paris several years later, where he became active in artistic circles, including the surrealists. He began in film as a set designer, working first with director Marcel L’Herbier, and later Louis Delluc and Marc Allégret.

In the mid-1920s, Cavalcanti was a key figure in the French “impressionist school,” or the first avant-garde (which included figures like René Clair and Jean Renoir). In a 1975 interview with Sight and Sound, Cavalcanti described that period: “We had a trump card in our hands. We were friendly with all the great artists of our time in Paris—all the painters, sculptors, writers. They liked us and they helped us.”

Creditors having seized the negative of his first, studio-shot film, Cavalcanti and a few friends made “a cheap alternative on the streets of Paris” (BFI), Rien que les heures (Nothing But Time, 1926), a silent, 45-minute film that has sharp social content. It is a beautiful film that stands up today. The short documentary is said to have helped inspire Soviet filmmaker Dziga Vertov's legendary Man with a Movie Camera (1929).

The Brazilian filmmaker moved to England in 1933 and went to work with John Grierson and his celebrated General Post Office (GPO) film unit. Grierson, a Scottish filmmaker, is considered the father of British and Canadian documentary film (he became the first director of the National Film Board of Canada). He coined the term “documentary” in 1926.

One of the most famous works produced by Grierson’s unit was Night Mail (1936), with a “verse commentary” by W.H. Auden and music by Benjamin Britten. The unit members democratically assigned credits to one another. Cavalcanti is credited as sound director on the 24-minute film, but there are suggestions that, in fact, he co-directed it. 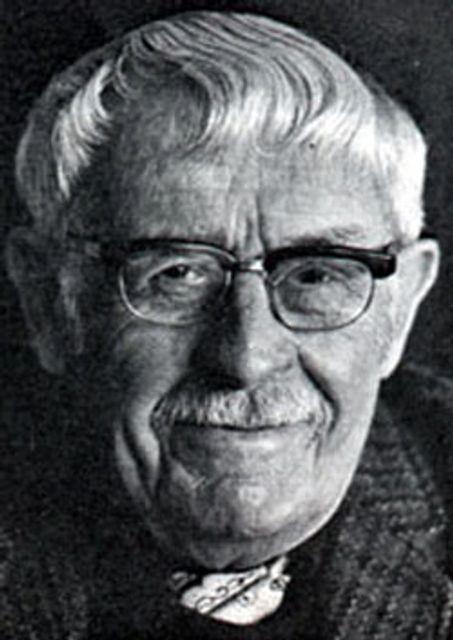 Cavalcanti was listed as director on 18 of the GPO short films between 1934 and 1940, including Coal Face (1935), about Scottish miners, also with a score by Britten and a verse narration by Auden. These are films made with intelligence and social insight. The choice of imagery and the rhythm of the editing are artistically and socially meaningful in a way that is virtually unknown today.

Cavalcanti left the GPO unit in 1940 for another legendary component of British filmmaking, Ealing Studios under Michael Balcon, the son of Jewish immigrants from Eastern Europe. Ealing in the 1940s and 1950s was “undeniably at the centre of any account of the British film industry's most prestigious period” (BFI). Balcon said of Cavalcanti that he “was a highly civilized man…a particularly outstanding figure. … Of all the group…Cavalcanti was the most important and the most talented.”

While with Ealing, Cavalcanti directed, among other movies, Went the Day Well? (1942), about an imaginary takeover of an English village by Nazi paratroopers; Champagne Charlie (1944), which treats the rivalry between music hall performers in the nineteenth century; two episodes in the anthology horror film, Dead of Night (1945), including the terrifying ventriloquist’s dummy sequence with Michael Redgrave; and the three works we will discuss below. 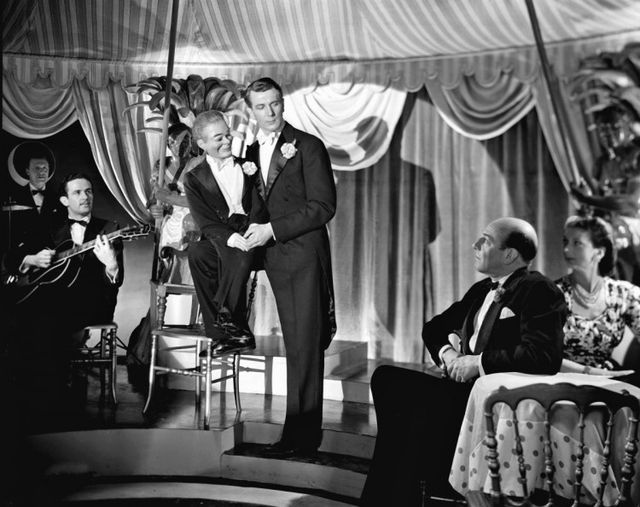 Cavalcanti returned to Brazil and directed several films, including Song of the Sea (1952). Then, as nearly every source asserts, without providing additional detail, he “was blacklisted there [in Brazil] as a communist and went to Europe to make his final fiction films.”

This was clearly an extraordinary, if restless artistic life. David Wilson’s comment in Cinema: A Critical Dictionary that Cavalcanti’s “real interest…centred on the cinema’s ability not merely to reproduce reality but to represent it creatively” seems a legitimate assessment.

While Cavalcanti’s filmography is extensive, only a relatively small number of the films are currently available (including Rien que les heures, Night Mail and Coal Face). They are worth the search, for the films discussed here are superior in content, texture and social-spiritual depth to the majority of today’s weak offerings. 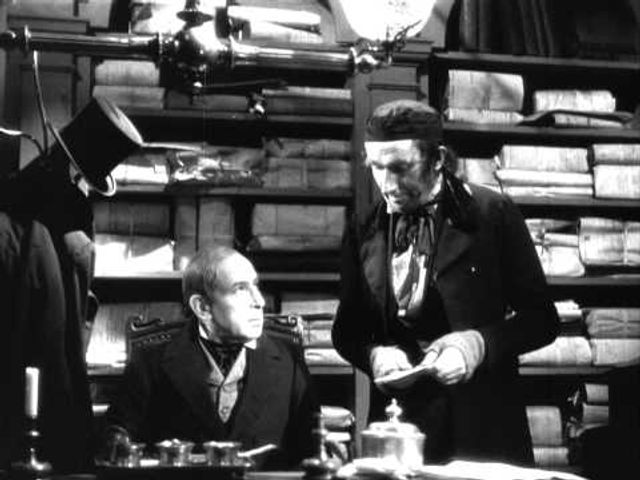 “Thus, cases of injustice, and oppression, and tyranny, and the most extravagant bigotry, are in constant occurrence among us every day.” Charles Dickens, Nicholas Nickleby

Published in serial form from 1838 to 1839, The Life and Adventures of Nicholas Nickleby was Dickens’s third novel, following The Pickwick Papers and Oliver Twist. The book movingly and delightfully follows its central character who is obliged to find a means of earning a living and, at the same time, grow up.

Cavalcanti’s adaptation is elegant, atmospheric and successfully captures the author’s skewering of corrupt, inhuman social types and the society that breeds them.

Derek Bond plays Nicholas Nickleby, who assumes the role of caretaker for his mother (Mary Merrall) and his younger sister Kate (Sally Ann Howes), after his father’s death has left the family penniless and beholden to their conniving, miserly uncle Ralph (Cedric Hardwicke). 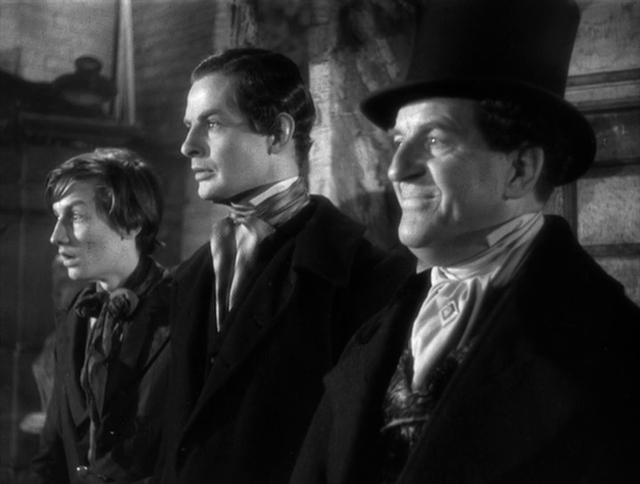 Some of the film’s harshest scenes treat Nicholas’s tenure as an instructor at a dreadful boys’ boarding school in Yorkshire, in the north of England, a position procured for him by his uncle. The establishment is run by the sadistic and ignorant Wackford Squeers (Alfred Drayton) who does not refrain from using and abusing his young charges. (Dickens: “Now, the fact was, that both Mr. and Mrs. Squeers viewed the boys in the light of their proper and natural enemies; or, in other words, they held and considered that their business and profession was to get as much from every boy as could by possibility be screwed out of him.”)

Soon, Nicholas gives the headmaster a taste of his own medicine, and rescues a boy named Smike (Aubrey Woods), physically and mentally broken down from having suffered severe, long-term brutalization. (Dickens: “‘I interfered,’ said Nicholas, ‘to save a miserable creature from the vilest cruelty. In so doing, I inflicted such punishment upon a wretch [Squeers] as he will not readily forget, though far less than he deserved from me.’”)

Nicholas’s ensuing adventures include acting in and writing for the Crummles Family theatrical troupe, featuring Miss Ninetta Crummles, the “Infant Phenomenon.” (Dickens: “[T]he infant phenomenon, though of short stature, had a comparatively aged countenance, and had moreover been precisely the same age—not perhaps to the full extent of the memory of the oldest inhabitant, but certainly for five good years. But she had been kept up late every night, and put upon an unlimited allowance of gin-and-water from infancy, to prevent her growing tall.”)

In the end, Nicholas liberates his sister and beloved Madeline Bray (Jill Balcon—daughter of producer Balcon—and future mother of Daniel Day-Lewis) from the clutches of his dastardly uncle.

In the film’s best sequences, artistic sophistication, film poetry and social insight are combined at an extremely high level.

They Made Me a Fugitive 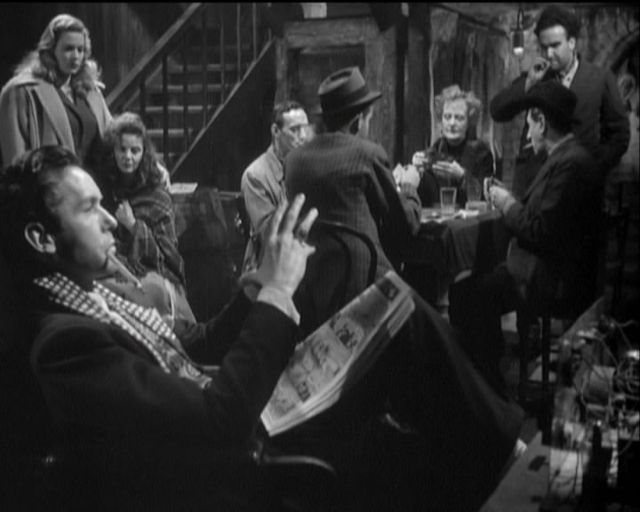 They Made me a Fugitive

The suffering of the Great Depression and the war years produced an angry, discontented population in Britain that threw the Tories out of office and brought Labour to power in a landslide in July 1945. Both bitterness and deprivation found reflection in the best films of the time.

Cavalcanti’s chilling, disturbing 1947 film noir, They Made Me a Fugitive (released in the US as I Became a Criminal), based on the Jackson Budd novel A Convict has Escaped, was surely one of those films. It is a remarkable work.

The opening shot takes in a grim London street. The giant letters, RIP (Rest in Peace), sit atop a building, which, as we soon learn, belongs to the Valhalla Undertaking Company. It is the immediately postwar period and the funeral parlor is filled with caskets. However, in this case, the piled-up coffins are used as part of a black market smuggling operation. Valhalla is a gang hideout.

Trevor Howard plays Clem Morgan, a recently discharged Royal Air Force pilot, drawn into the criminal “free enterprise” run by the arrogant and psychopathic Narcy—short for Narcissus (Griffith Jones in a spectacular performance). “Needing a bit of class in our speciality,” Narcy recruits Clem, then subsequently frames him for the murder of a policeman, which sends the former war hero and prisoner of war into another type of captivity. 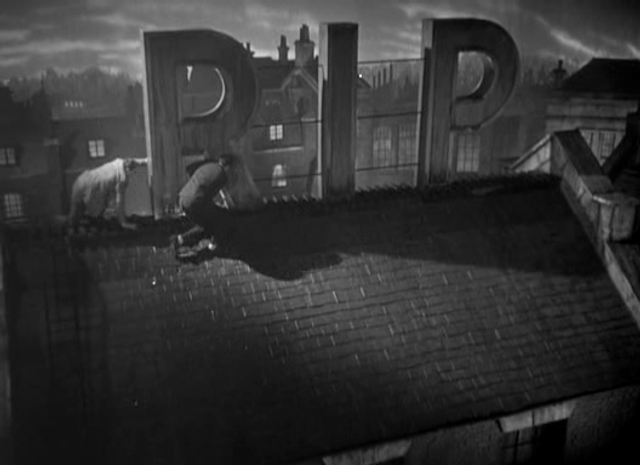 They Made Me a Fugitive

After escaping from prison, Clem briefly takes refuge in the house of a wealthy woman who feels his violent wartime experiences must make him a suitable candidate to bump off her husband. Expressing disillusionment with his generally bleak prospects and explaining his criminal activities, Clem says: “I went on doing what the country put me in uniform to do after they took it back.”

Narcy, this “cheap after-the-war trash,” personifies a vile, corrupt social order that has no use for the veterans of its wars once they serve their purpose. Cavalcanti’s profound sympathy for the plight of his characters is highlighted by Otto Heller’s masterful, foreboding, black-and-white cinematography. The film was not popular with the critics. As Tony Williams notes in Structures of Desire, “They Made Me a Fugitive evoked critical condemnation for images of an ugly postwar society many preferred to ignore.”

Like certain American films from the 1940s (Force of Evil, Key Largo, Ruthless, Caught and others), Cavalcanti’s film—with its hints of Brecht’s Three-Penny Opera and Dickens’ Oliver Twist—seems to insist that the society emerging from the “Great War for Democracy” was spawning more than its share of money-hungry, fascistic thugs.

For Them That Trespass 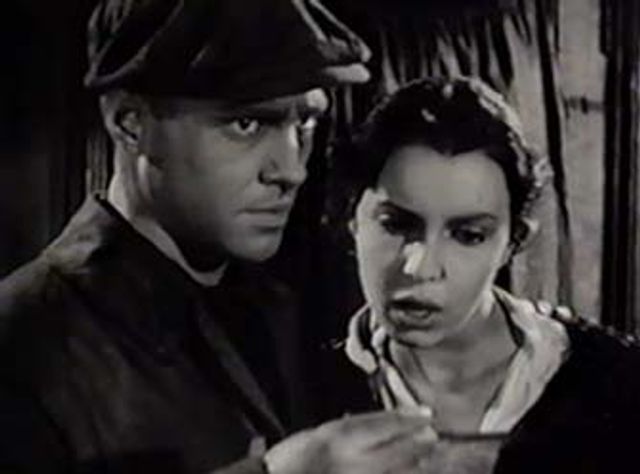 For Them That Trespass

Partially scripted by future director J. Lee Thompson (Cape Fear) and based on the novel by Ernest Raymond, Cavalcanti’s 1948 movie, For Them That Trespass is not as important a work as the previous two, but still strong and compelling.

With its title taken from the Lord’s Prayer, the film concerns a poor, working class man, Herbert Logan (Richard Todd), wrongly accused of murder. He spends 15 years in prison because an upper class writer—an intellectual who descends into the slums to obtain “life experience”—witnessed the crime, but refuses to help exonerate Herbert for fear of damaging his successful career as a playwright. It is an unrelentingly tense, but precise representation of society’s sordid class divide.

In general, British wartime and postwar films have been undervalued. There is little critical interest in them aside from the films of David Lean, Carol Reed and Michael Powell-Emeric Pressburger. In fact, there is a treasure-trove here. They may lack the explosiveness of the very best American film noirs, but they often make up for that in intelligence and complexity.