California officials announced that the 188,000 people living under the Oroville dam could return home early Tuesday afternoon, after a harrowing last-minute evacuation 48 hours earlier. Residents were forced to flee on Sunday when it was revealed that erosion in the emergency spillway of the tallest dam in the United States threatened to flood their towns. A large, 250-foot long by 45-foot deep hole had previously been discovered last Tuesday in the dam’s primary spillway.

Experts currently estimate that it will cost at least $200 million to repair the hole in the dam’s spillways if no further damage is incurred.

Crews spent the past two days attempting to patch up the erosion in the emergency spillway of the dam by dropping bags of rocks into it from helicopters and covering them with a slurry, which engineers say would temporarily slow the further erosion of the spillway. However, several days of rain are forecast to begin this evening, and an evacuation warning remains in place, meaning residents must be prepared to evacuate again at a moment’s notice. 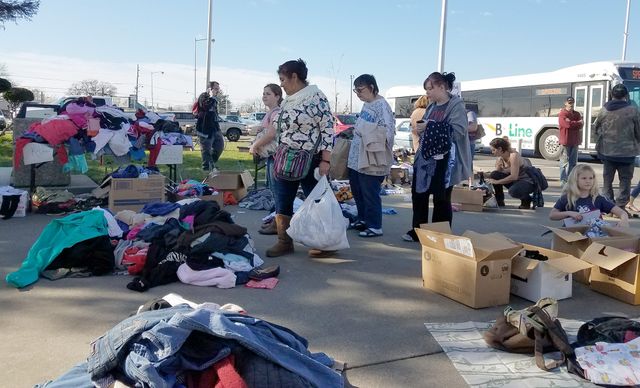 The potentially devastating situation at the Oroville dam—a number of cities could have been wiped out by a 30ft wall of water if the dam had failed—highlights the decaying and decrepit state of infrastructure in the United States. Routine repairs and necessary maintenance that could ward off disasters and protect tens of thousands from natural disasters are neglected, amidst the speculative and parasitic accumulation of wealth by the corporate and financial elite.

Dam and levee failures have had significant impact on populations across the United States in recent decades. The failure of levees in New Orleans in 2005 during Hurricane Katrina led to the flooding of a major American city, the deaths of more than 1,800 people and the permanent displacement of many thousands more.

Flooding in 1997 in Yuba County, just south of Butte County where the Oroville dam is located, was caused by two separate levee breaks along the Yuba River in areas that had been designated for repair following flooding a decade earlier. Those floods resulted in the deaths of three people and the evacuation of 38,000 residents, including most of the city of Marysville.

The fact that the Oroville dam emergency spillway could suffer serious erosion after heavy rains was well known to federal, state and local officials, who were warned about this possibility more than a decade ago by environmental groups. However, nothing was done to prevent the catastrophe that nearly occurred Sunday.

The Friends of the River, the Sierra Club and the South Yuba Citizens League filed a motion in 2005 with the Federal Energy Regulatory Commission asking for the emergency spillway to be paved to avoid erosion that would lead to a catastrophic failure. Their appeal was rejected as unnecessary by the California Department of Water Resources and host of other local water agencies.

Infrastructure across America is in a general state of disrepair, including roads, bridges, dams and levees, railways, drinking water and other categories. The American Society of Civil Engineers (ASCE) estimates that California alone requires annual spending of $65 billion to fix and maintain its infrastructure. In 2013, the ASCE gave the US a grade of D+ for the state of its infrastructure and estimate that the level of needed investment was $3.6 trillion.

A 2012 report published by the American Progress think-tank points out that more than one third of US dams are more than 50 years old, which is the standard intended lifespan of a typical dam (the Oroville dam is 48 years old). By 2030, more than 70 percent of dams will be past this mark. More than one in six dams are classified as “high-hazard,” meaning a dam failure could result in the deaths of nearby residents. In 2008, more than 2,000 high-hazard dams were rated structurally “deficient” or at high risk of failure.

The state of Alabama, home to 201 high-hazard dams, had no dam safety program and spent $0 annually on dam inspection and maintenance as of 2012.

Many of the cities in the Oroville evacuation zone are home to working class and poor residents. The city of Oroville has a poverty rate of 23.8 percent; Marysville 28.6 percent; and Linda 37.6 percent, including 47.2 percent of children. For these vulnerable layers, missing two days of work during the evacuation can itself cause significant harm.

More than one thousand impoverished men, women, children and infants with nowhere else to go took shelter in a makeshift camp set up by the Red Cross at the Silver Dollar Fairgrounds in the nearby city of Chico, just outside of the evacuation area. Families spent two nights sleeping hundreds to a room on cots, or in their cars in the packed parking lot. Residents of Chico donated children’s clothing, food and other supplies. 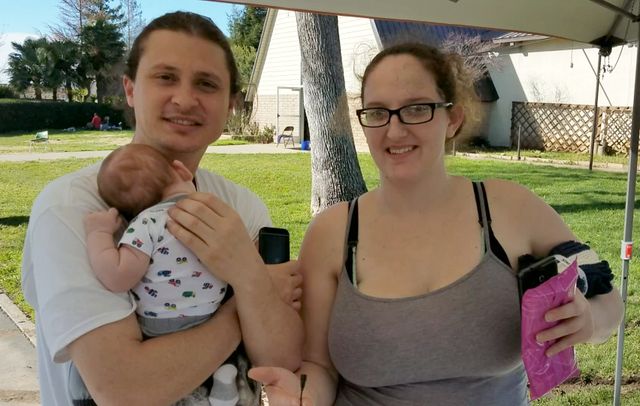 Joshua and his family

Joshua Seely, 30, his wife and four children, including a one-month-old baby, had been trapped in their home in Oroville without transportation before being evacuated to Chico. “I called the cops and told them we didn’t have a vehicle,” Josh explained to the WSWS. “They said ‘go upstairs!’ That was at five o’clock. At eleven [six hours after the evacuation order], they came by and told us to we needed to leave. Eventually they sent a bus to get us.” 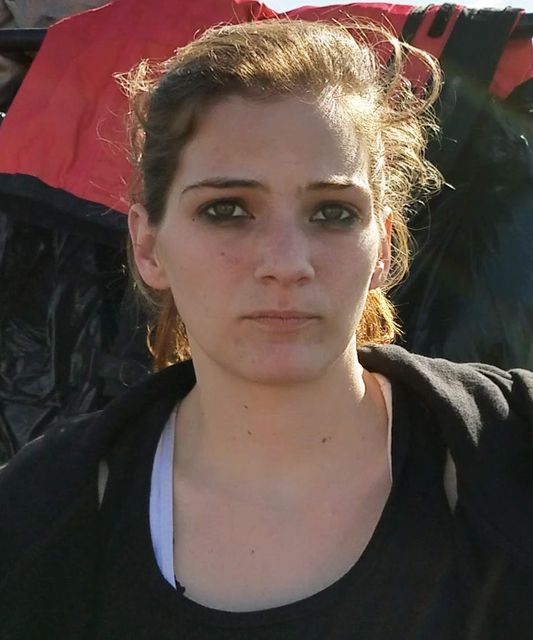 Twenty-four year old Audryanna, from the town of Linda, said that she and nine of her family members, including her wheelchair-bound grandmother and infant niece, frantically packed a pickup truck and two cars with garbage bags full of their most essential belongings and headed for Chico. “We didn’t know how much time we had. We packed everything in about ten minutes. My two sons are with my other grandmother in Auburn, but I haven’t been able to reach them.”

Audryanna explained, “My mom was supposed to start a new job today, working in a daycare.” Now, she may not get the position at all. “It’s stressful. Really stressful,” she said.