Pedro Almodóvar’s Julieta: A mother and daughter … and what else?

Written and directed by Pedro Almodóvar, based on short stories by Alice Munro

Written and directed by veteran Spanish filmmaker Pedro Almodóvar, Julieta is loosely based on a trio of short stories by Canadian author Alice Munro (from Runaway, 2004). The director’s twentieth feature is a family melodrama that seeks to explore themes of guilt, alienation and absence, but with very limited results.

The middle-aged Julieta (Emma Suárez), when the film opens, is packing up her elegant Madrid apartment and moving to Portugal with her partner Lorenzo (Darío Grandinetti). But her plans are disrupted when she runs into Beatriz (Michelle Jenner), a childhood friend of her daughter Antía, who informs Julieta that Antía now has three children and is living in Switzerland. The news rips through the protagonist, having been out of touch with her offspring for some twelve years. 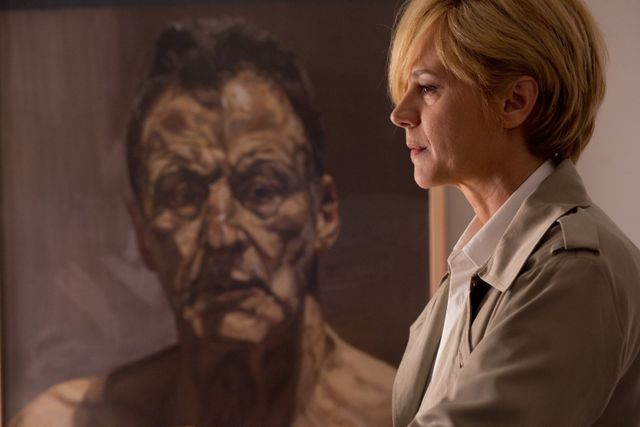 In the event that Antía should come looking for her, Julieta rents an apartment in the same building where she last lived with her daughter, leaving Lorenzo in the dark regarding his lover’s change of heart. A distraught Julieta then proceeds to write a lengthy letter to her missing daughter.

In it, she recounts meeting Xoan (Daniel Grao), Antía’s father, on a train. (The younger version of Julieta is played by Adriana Ugarte.) Xoan is a fisherman, whose wife has been comatose for five years. Later, responding to an invitation from Xoan, a pregnant Julieta arrives at his picturesque seaside home just as his wife passes away.

To begin with, Julieta, Xoan and Antía are happy, but Julieta’s life is also affected by a mother dying of Alzheimer’s, and the presence of Ava (Inma Cuesta), Xoan’s old friend and part-time lover. “A man needs a woman, not a vegetable,” says Xoan’s stern housekeeper (Rossy de Palma) to justify the Xoan/Ava liaison. Julieta and Xoan quarrel and the latter goes out to sea never to return.

Past and present intertwine in a convoluted plot, revealing that Antía, now a young adult (Blanca Parés), became estranged from Julieta while attending a retreat in the Pyrenees. Having been religiously indoctrinated, she disavows both her mother and Beatriz, with whom she has had an affair. But, ultimately, what part does Xoan’s death play in the endless river of tears?

Almodóvar’s film, unhappily, does not add up to that much. It is overwrought, preoccupied with an upper middle class milieu, whose emotional vocabulary and behavior feel largely contrived. Julieta is guilt-ridden: over Xoan, over Antía and even over the man who kills himself by jumping in front of the train in which Julieta and Xoan meet. She is alternately obsessed with and angered by Antía’s disappearance. There is not much else in her life—except that it is clearly devoid of financial stress. Hanging in Julieta’s well-appointed Madrid flat, for example, is a Lucian Freud self-portrait. The artist’s work today auctions for millions of dollars.

While critics congratulate the filmmaker for crafting a female-centric work, Julieta oddly gives its female characters a plethora of handicaps and diseases: brain death, Multiple Sclerosis (Ava), Alzheimer’s, hero-worship (Julieta’s young stepmother) and religious fanaticism. Is this meant to signify their oppression? As for the male characters, they function, for the most part, as mere plot mechanisms.

Characteristic of Almodóvar, his latest film is not lacking in visual delights, nor in solid performances. Film critic Andrew Sarris once noted that the Almodóvar’s films “would have been inconceivable before the death of the inglorious Franco and the birth of glorious Technicolor. Hence, even when Mr. Almodóvar’s ploys have verged on unacceptable silliness, his ravishing color canvases have dazzled the eye with a lyrical exuberance.” With Julieta, the eye may again be dazzled, but the critical mind is largely neglected.

Almodóvar, the leading Spanish filmmaker of his generation with a considerable global following, is an intelligent and sensitive figure. He makes reference in his public pronouncements to important filmmakers like Luis Buñuel, Douglas Sirk and Rainer Werner Fassbinder. Furthermore, regarding Julieta, the filmmaker says, “[Alfred] Hitchcock is always present.” But, in different ways, Buñuel, Sirk and Fassbinder associated themselves with social criticism and opposition. In Hitchcock’s case, the anti-establishment element was inevitably more indirect, but nonetheless powerfully felt. 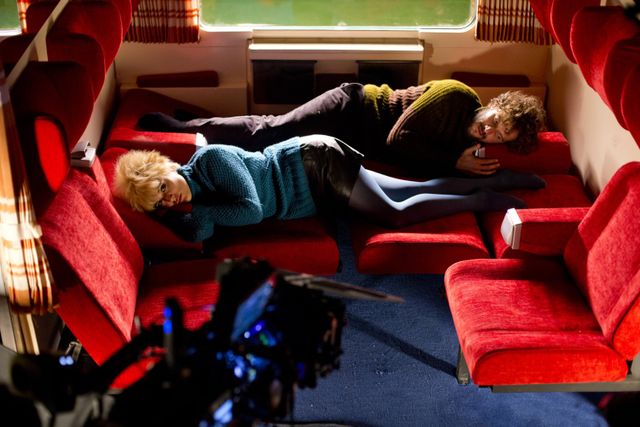 That this social ingredient is largely missing from Almodóvar’s work must be bound up with the peculiarities of the transition from General Franco’s authoritarianism to “democratic” rule in 1975 and subsequent developments. In the face of widespread strikes and ferment among students directed against the hated Franco, the various parties dedicated to preserving bourgeois order—including the social democratic and Communist parties, Catalan nationalists and right-wing, pro-fascist elements—joined hands to suffocate popular opposition to Spanish capitalism.

Almodóvar, whether out of disillusionment or despair, or out of a sense that the new order was “universally” accepted (because it was agreed to by all of official Spain, including its perfidious “left” wing), has never called the political and economic framework of post-Franco Spain into question. His early films had a certain subversive spirit, but it was mostly a matter of sexual transgressiveness. Now, even that seems to have dissipated. What is left at this point?

Presumably, Munro means her small-town dramas to convey a larger significance, something more universal. But in Julieta, that universal aspect has become so abstract and diffuse that it has relatively little emotional or any other kind of impact.

Spain, after Greece, is one of the European countries that has been most devastated by the 2008 financial crash and subsequent austerity measures. The official unemployment rate for young people is 43 percent, and more than half of those who are employed work on temporary contracts.

Spain is an unstable, crisis-ridden country that from December 2015 through October 2016—for 314 days—did not even have a government. However, Almodóvar’s antennae are pointed in another direction.