Just 16 months after Michigan Governor Rick Snyder admitted that the state was responsible for poisoning Flint residents in a man-made poisoned water disaster, his office has declared that those same residents are now fully responsible to pay for their still undrinkable water. Flint officials have responded by announcing the resumption of water shutoffs for delinquent accounts. 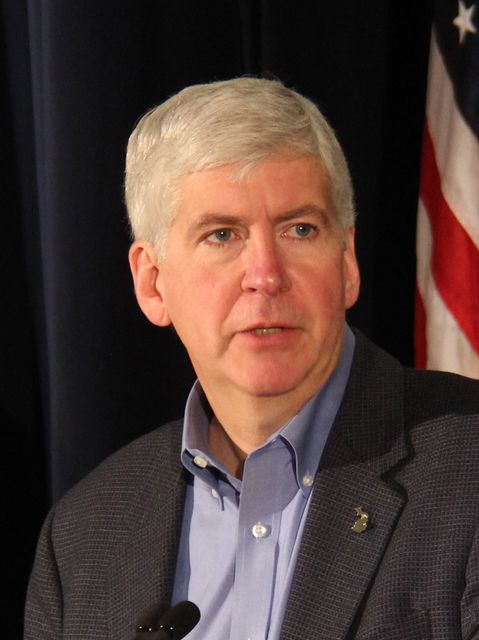 A week ago Tuesday a letter was sent to the city’s acting financial officer, David Sabuda, formalizing that the state-issued credits for water bills would end on February 28—a month earlier than the state’s previous commitment.

The early cutoff is a clear signal that the ending of water subsidies is meant to be permanent.

Tthe results of recent Environmental Protection Agency (EPA) water sampling are the pretext for the state action. The EPA’s numbers show that over the last six months among sampled homes in Flint, the amount of lead has fallen below the 15 parts per billion (ppb) action level set in the EPA’s Lead and Copper Rule (LCR). The 90th percentile figure for the period from between July and December was 12 ppb.

Water system experts, however, such as Virginia Tech’s Dr. Marc Edwards, who led the team that exposed the lies of state water authorities that Flint water was safe to drink, are still warning residents that the water is unsafe without filters. In addition, the LCR is outdated. The Centers for Disease Control and Prevention (CDC) has determined that there is no safe level of exposure to lead.

After being fed one lie after another, Flint residents are rightfully distrustful of state officials. Now they are being told that they have to pay their bills—at the highest rates in the country—for water that is undrinkable! The anger among Flint residents is palpable. Continuous demonstrations are being held against “paying for poison.”

Mayor Karen Weaver arranged a meeting with Snyder at his office in Lansing on Tuesday, hoping to get the governor to reconsider the cutoff. Snyder declined, afterward telling the media, “I reaffirmed that we are following through on what we said we would do, which is basically (continuing the credits) until the water was deemed to be at acceptable standards.” 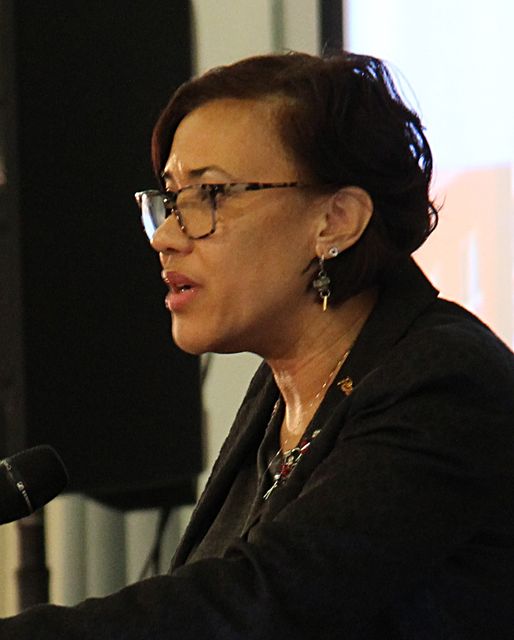 Weaver, who was elected in November 2015 on her promises to address the water crisis, is now facing opposition from residents. Three recall campaigns have been launched and there is widespread dissatisfaction with her decision to go along with the Karegnondi Water Authority (KWA) pipeline plan. The decision by the city to switch its water source to the KWA pipeline set in motion a chain of events that led to the poisoning of Flint’s water.

At a press conference Wednesday, Weaver reported on her meeting with Snyder the day before.

She said she told Snyder that “many people don’t feel they should have to pay for the water at all until it’s deemed safe to drink without a filter. I wanted him to know that I was disappointed to hear of his decision to end the water credits … We were hoping this assistance would remain in place until at least March 31, so we thought we had more time to prepare.”

The state has applied more than $40 million in water relief credits. Many residents, even with 65 percent taken off their already exorbitant water bills, have been refusing to pay.

David Sabuda, Flint’s interim chief financial officer, who attended the Lansing meeting, told the press on Monday that with many residents still not paying their bills, the city’s ability to satisfy its creditors was in jeopardy. He said, “When’s the water good? It’s when you don’t have a filter at the end of your tap.” It was after Wednesday’s press conference, however, that Sabuda told the Detroit Free Press that the city would be resuming water shutoffs.

The decisions being made in Lansing have an ominous character. Richard Baird, Snyder’s senior adviser, longtime friend and political crony, has been working out of an office in Flint during the water crisis in order to manage the political fallout from the disaster. It was Baird who signed the February 7 letter informing the city of the cutoff of water subsidies. 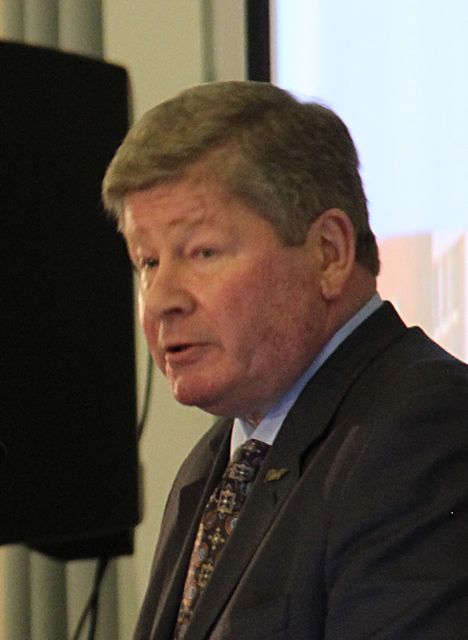 Baird at the Flint Town Hall

Baird oversaw the “Flint Water Town Hall” held January 11, where residents responded angrily to the stage-managed character of the event, which had originally been planned to exclude the public, the day after a “Data Summit” in Chicago, where water experts reported on the results of their latest testing. The plan was to have a meeting in Flint with city water and public health authorities to discuss “moving forward” with the so-called recovery of Flint.

When word got out about the planned meeting, however, residents and local media protested that the same agencies that were responsible for poisoning the water should not be allowed to have a closed-door meeting to decide the public’s fate. Michigan officials were forced at the last minute to arrange a public venue. They called the event the “Flint Water Town Hall.”

The irony of this gathering didn’t escape Flint residents. Less than a year-and-a-half ago, Edwards was being vilified by representatives of MDEQ as a panic-monger for exposing the lead-in-water crisis in Flint and warning residents—especially pregnant and nursing mothers—not to drink the water. In that same period, the only one inside the EPA, Miguel Del Toral, who was, through proper channels, seeking to alert the public to the dangers in Flint tap water, was silenced by his superiors.

Del Toral was on the panel at the “town hall” reporting on the improved results of water sampling in Flint. Edwards reported improved sampling results via Skype.

Throughout the 2014-2015 crisis, the MDEQ, the agency primarily responsible for insuring the safety of drinking water, worked might and main against any public suggestion that the water from the Flint River, which was being pumped into homes, was unsafe. Soon after the city’s water source was switched to the Flint River, protesters with bottles of brown and discolored water complained that the water stunk, tasted bad and was unfit to drink or bathe in, and demanded a return to their original water source. Now, they are being asked to trust that same agency.

The Snyder administration continues to pursue its reactionary agenda. On the one hand they are proclaiming that Michigan will now be setting the highest standards in the country for water quality. What Snyder deems to be “safe” water in Flint, however, is based on meeting “the same quality standards as other communities in Michigan,” even though water and health experts have warned not to drink it. Residents are correct not to trust them!

The human disaster caused by the conspiratorial and reckless switch to Flint River water interrupted the flow of revenues from water bills. With all their talk of a Flint recovery, it is the stream of money that is most important to the political operatives of capitalism.