The approximately 150 tenants of the Russell Industrial Center, a massive warehouse complex and artists’ colony in Detroit, Michigan, were given notice by the city early this week to immediately vacate the property due to a number of code violations recently uncovered by the city.

According to a statement released by David Bell, Detroit’s director of buildings and safety engineering, the infractions which led to the eviction notice were triggered because tenants “have erected walls using combustible materials, illegally installed plumbing and heating systems in numerous units without the proper permits, inspections, and approvals.” Complaints of a major gas leak at the building were also cited.

Designed by renowned architect Albert Kahn in 1915, the 2.2 million-square-foot RIC was originally home to J.W. Murray Manufacturing Company and produced auto body parts for Ford. In 1933, militant autoworkers at the Murray plant struck in solidarity with Briggs auto parts workers, at a time when unemployment in the city was estimated at 175,000 in the depths of the Depression.

Manufacturing of fighter jets and other military equipment picked up during World War Two, keeping the plant open until the 1960s when it became primarily an industrial printing press, known as the Michigan Stamping Plant.

Notorious billionaire “Queen of Mean” Leona Helmsley eventually came to own the property in 1970 and sold it to the Wintor-Swan printing company in 1991, which closed in 1998 following a tornado and a flood. The property then stood vacant until 2003 when it was purchased by the Boydell Development Corporation.

Since then the Russell has functioned as a hub and community for artists and small businesses for more than a decade and a half, providing gallery and work spaces at affordable rates even as other parts of the city become increasingly gentrified. 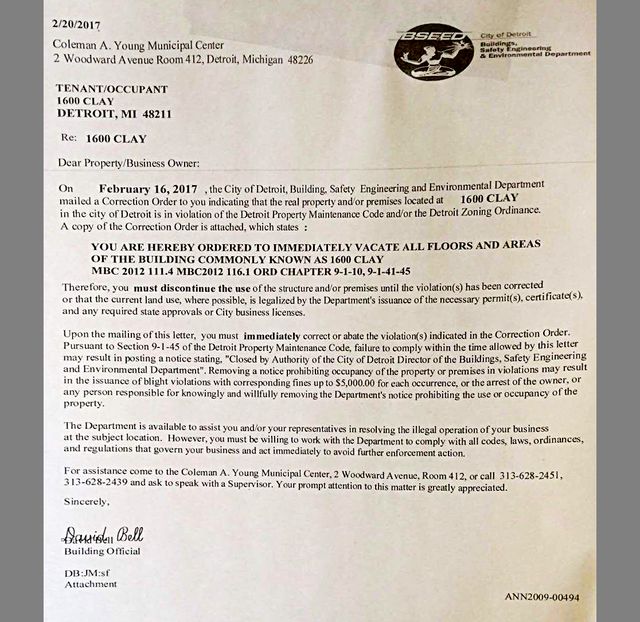 Eviction notice from the City of Detroit

Many tenants at the Russell report that they assumed that the property’s owner and landlord, Dennis Keffalinos, would legally be responsible for upkeep and ensuring the building was up to code. Keffalinos, owner of the Boydell Development Company, purchased the then-vacant property in 2003 for $1 million and has since converted it into what most consider to be one of the last affordable loft spaces in the city.

Keffalinos is one of the original players in the Detroit land-grab game, both before and in the aftermath of the city’s 2013 bankruptcy. He is largely credited with the scheme of converting abandoned and closed-down industrial plants throughout the city into “upscale Detroit lofts with an industrial feel in the heart of the city,” as Boydell’s web site claims.

Speaking to ModelD in 2010, Keffalinos explained that the Lafayette Lofts, one of his first purchases, would be difficult to bring up to code. “[T]he first thing a city electrical inspector told me was, ‘What are you going to do with this? What kind of plan do you have because this isn’t going to work here.’ Here is a city official, a supervisor, telling me my idea isn’t going to work. I will never forget that.” Somewhere down the road, Keffalinos forgot.

His reputation as one of the worst slumlords in Detroit is well-earned. In addition to a litany of complaints of leaks, bedbugs, poor property management and crime on various tenant-run Reddit and Yelp threads—not to mention Glassdoor for its employees—it was discovered in 2012 that Keffalinos’s development company had not obtained Certificates of Occupancy from the city for residents at his Universal Lofts in the New Center neighborhood, resulting in a mass eviction. Upon further investigation, it was found to be one of several “upscale Detroit lofts” not certified for legal occupancy.

Aside from his slipshod loft ventures, Keffalinos owns bars, restaurants and a strip club, as well as several yet-to-be-developed properties which sit vacant, collecting blight tickets from the city for years. 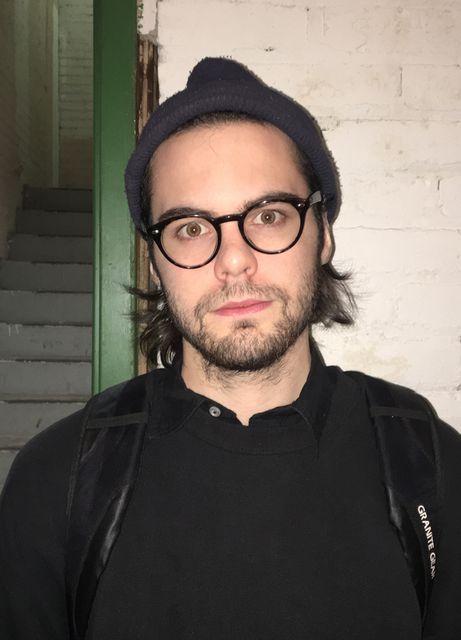 “He [Keffalinos] should be the one getting punished, not the people who are living in the Russell,” Benny Thompson, 25, told the WSWS. He recently cosigned a month-to-month lease agreement with five other artists for a single loft in the property to use as a work space. He has been a tenant for just under five months, but “I can’t claim the same amount of victimhood as some of these people that have been there for 30 years.”

Thompson found out about the mass evictions late on the evening of February 20 through a Facebook post. “Some people were saying not to move anything because we’ll have more rights if we have our stuff there, but I moved it all out the following night, after I got the notice.” Thompson feared coming back to find his materials and tools locked up.

“This was the last affordable place in my price range so I have no idea where I’m going to go. I’m the youngest out of the group [of cosigners], the others are either professors or just graduated. So they’re a little bit older and more experienced and have better jobs. But I don't know what I’m going to do.” 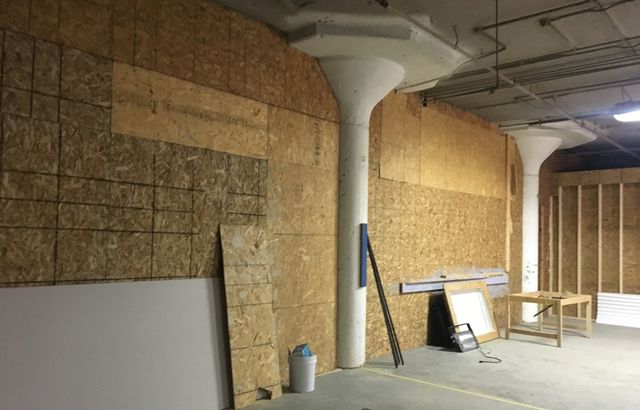 Art workspace that Thompson built with his materials and tools

“There was one article I saw that speculated that there were people living here,” Thompson noted. “I don’t think there was, but it’d be pretty hard to survive there.”

One of Thompson’s counterparts invested thousands of dollars in repair and renovations for his section of the shared loft. “The guy who built out his space the most had a show scheduled [at Russell] in a couple months, so he loses his work space and his potential gallery. He now has nowhere to show his work.”

Thompson explained some of the challenges that he and his peers faced when working on renovations in their loft in order to make it a fit work space. “There were electrical lines that were abandoned—things that didn’t make sense—that were running throughout the space. I learned from remodeling houses in Hamtramck that you want to leave nothing in older spaces like these, and I didn’t trust a lot of the wiring, so I tore a lot of it out and redid it myself.”

As for the infractions cited by the city on the eviction notice, Thompson said, “You have to use proprietary software to look up those building codes, so we weren’t even sure what they were.”